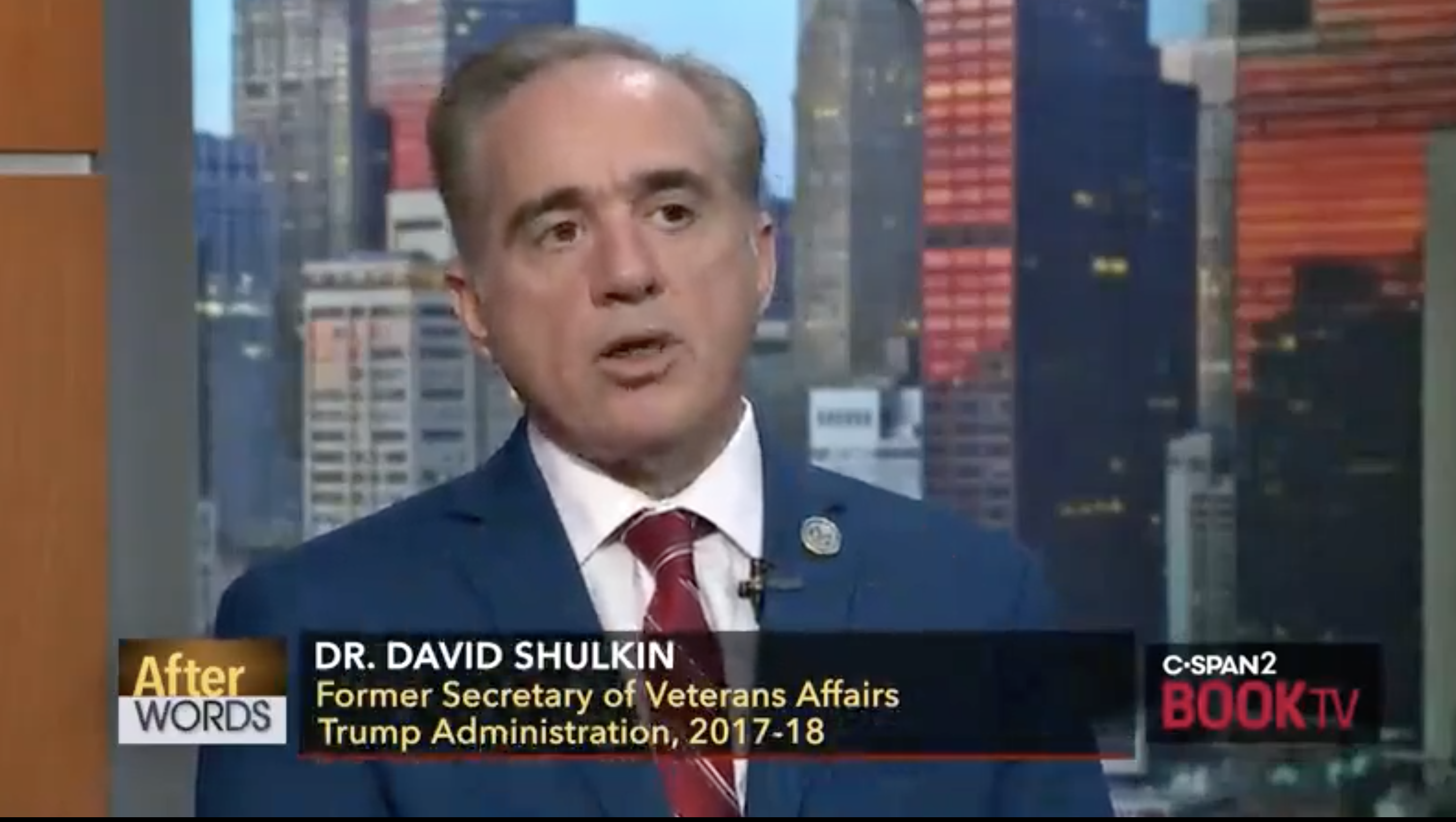 The former head of the U.S. Department of Veterans Affairs (VA) said that ignoring the benefits of medical marijuana for military veterans puts them in “peril” and said Congress should act to reform federal cannabis laws.

David Shulkin, who led VA from February 2017 to March 2018, has recently caught flak from reform advocates who’ve pointed out that the former secretary declined to change VA policy or more forcefully advocate for marijuana research during his time in office. But in recent weeks, he’s expressed strong support for the policies.

He made his latest comments in a C-SPAN interview about his book, “It Shouldn’t Be This Hard to Serve Your Country,” which itself also contains passages on how he dealt with medical cannabis during his time in office.

“The VA, I believe, should be involved and should be open to research for anything that will help veterans improve their lives, including medical cannabis,” Shulkin said. “That’s different than recreational cannabis, but to ignore the benefits of this I think is at the peril of veterans, especially with the crisis of suicides that we’ve talked about.”

“It’s time to change that, and legislative help in that would be greatly beneficial,” he said.

Shulkin said that as a physician, he feels it’s important to “look at things scientifically” and noted that the endocannabinoid system “has extreme potential to help improve health and wellness, and I am strongly in favor of any effort that will give us more evidence and research into ways that we can help veterans.”

The comments represent an apparent evolution in thinking for Shulkin, who previously claimed that federal law prevented VA from conducting research into the plant’s therapeutic potential. Under his leadership, VA also declined to help an Arizona-based research institution that was looking to recruit veterans for a study on how marijuana can treat symptoms of post-traumatic stress disorder.

Additionally, he resisted making an internal policy change to allow VA doctors to recommend medical marijuana to veterans in states where it’s legal.

Shulkin wrote in his book that he was initially given invalid assessments from department staff about what VA could legally do with regard to marijuana. For example, he said he was wrongly told that VA doctors couldn’t discuss cannabis use with their patients.

“I felt that we had little flexibility on the issue without a legislative change, but the more I dug into the topic, the more I realized that there were other steps we could take,” he wrote. “Once I learned that we did indeed have some flexibility under current law, I took a different position.”

“In my mind, the VA has a responsibility to pursue any therapeutic avenue that might bring relief to suffering veterans,” he said. “My new interpretation appeared to many as a new position, and some accused me of double-talk. In fact, my personal views never changed on this; any discrepancy arose from my staff’s failure to fully explain what the law really stated.”

After discovering that VA was involved in at least one cannabis study and was seeking a federal grant for research purposes, Shulkin wrote it was “one time I was glad to be proven wrong.”

“I still don’t advocate for the use of recreational marijuana, but I do believe that veterans—just like the citizens of the more than thirty states that have legalized medical cannabis—deserve access to any and all properly prescribed and potentially beneficial therapies,” he said.

Another UK Parliament Committee Is Calling For Drug Decriminalization