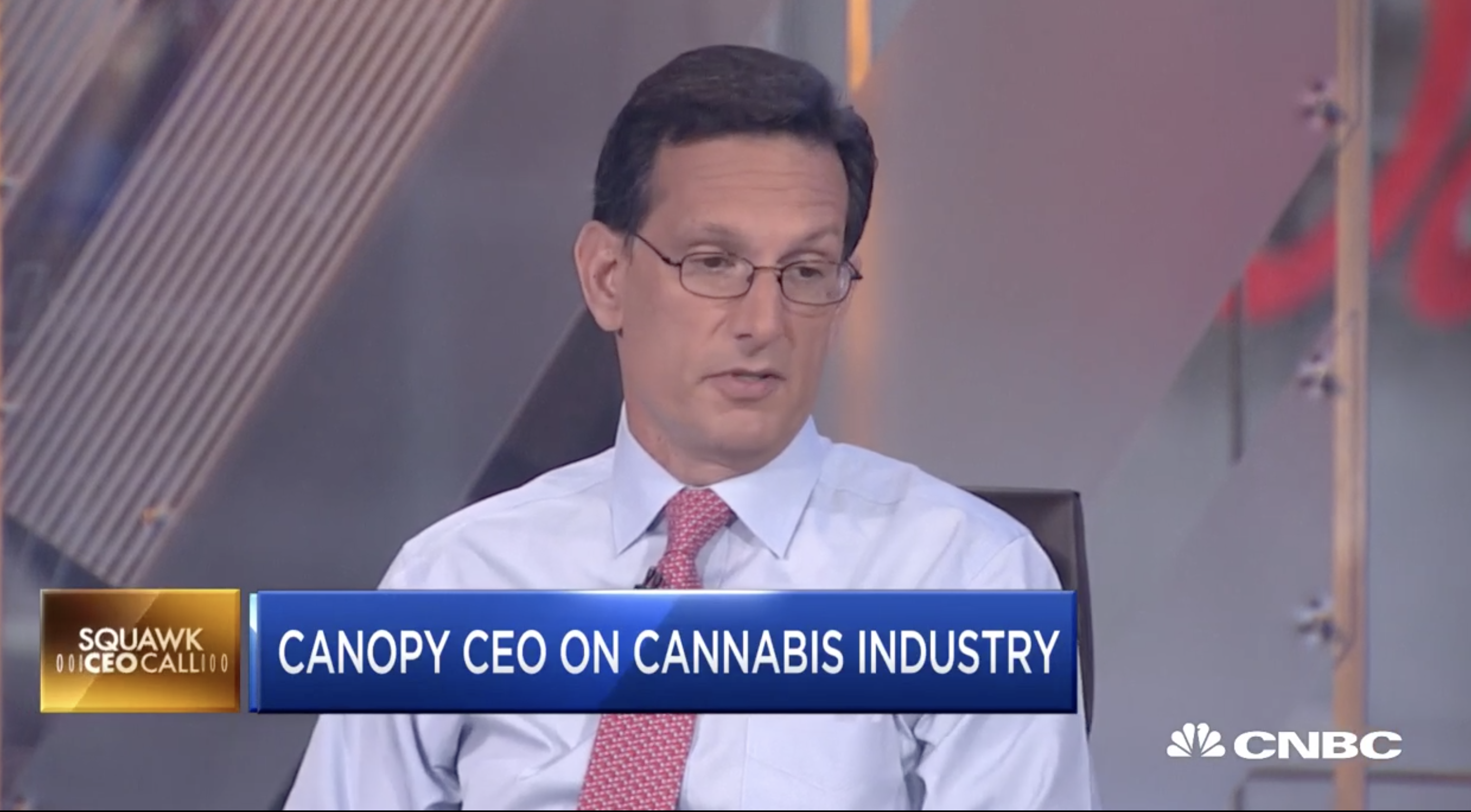 Former GOP House Majority Leader Eric Cantor (R-VA) said on Thursday that partisanship in Congress makes it unlikely that marijuana will be federally legalized, even as he acknowledged that more members of his party support a states’ rights approach to the issue.

During an appearance on CNBC, Cantor was asked whether he thinks federal legalization is on the horizon, but the former second highest ranking Republican in the House expressed doubts about the prospect.

“I think right now the issue of lack of bipartisanship is going to flow over into this,” he said. “I think the comment that there is some kind of agreement on states’ rights, I’m not so sure.”

Watch Cantor’s marijuana remarks, starting at about 5:00 into the video below:

“I know on my side of the aisle there would be that sort of directional trend [in favor of letting states set their own cannabis policies], but I’m not so sure there’s enough unity on even this issue,” he said.

“Also, given the just opposition to cannabis in general, I’m not so sure this is an easy lift for Congress at all,” he added, referencing comments made by former Food and Drug Administration Commission Scott Gottlieb expressing disapproval of CBD products.

But while partisanship, especially in a divided Congress, has arguably derailed plenty of recent legislation, marijuana reform stands out as an issue that has garnered particular bipartisan support. That’s especially true of a bill from Sen. Cory Gardner (R-CO) and Elizabeth Warren (D-MA) that would simply allow states to implement legal cannabis systems without federal intervention.

President Donald Trump said earlier this year that he “really” supports that legislation and he reiterated last week that his administration is permitting states to set their own cannabis agendas.

Another piece of bipartisan cannabis legislation that would shield banks from being punished by federal regulators for servicing marijuana businesses has 206 cosponsors in the House—more than a third of the chamber’s members. Twenty-six Republicans are signed on.

“If Eric Cantor was in touch with political reality, he would still be an elected official,” Justin Strekal, political director of NORML, said of the former congressman, who lost his reelection bid during a primary upset in 2014. “I suggest that anyone who wasted their time listening to Cantor’s words dismiss them promptly.”

“Blaming partisanship is a typical and tired trope from hack commentators on cable news when they don’t know anything about a policy,” Strekal told Marijuana Moment.

During his more than 10 years in Congress, Cantor did not sponsor or cosponsor any marijuana reform legislation. And in his final year, he voted against amendments to legalize industrial hemp, protect banks that service state-legal marijuana businesses from being penalized and allowing doctors at the Department of Veterans Affairs to recommend medical cannabis.