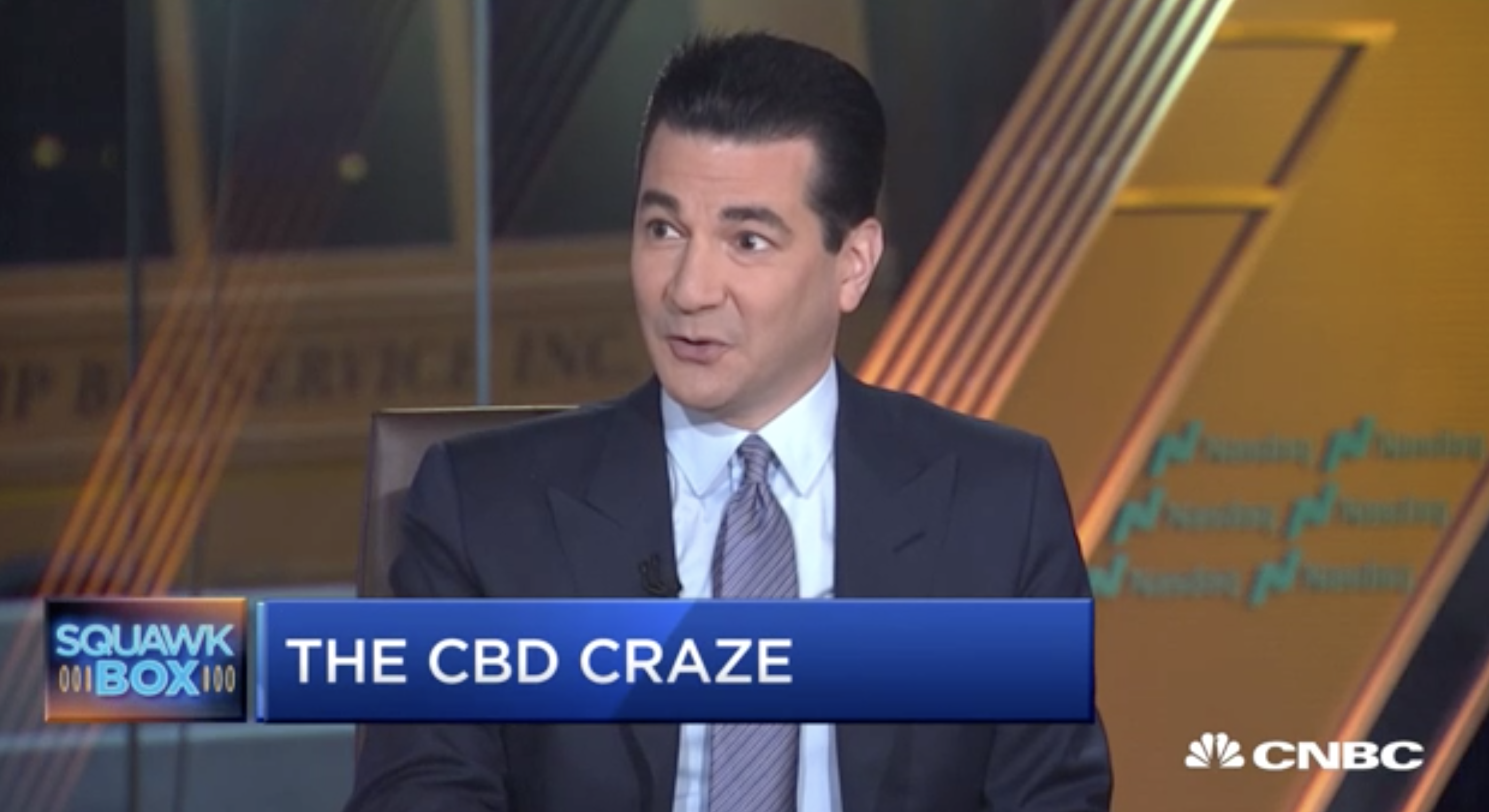 The former head of the Food and Drug Administration (FDA) made dismissive comments on Friday about a person who said that CBD effectively treats her dog’s anxiety.

During an appearance on CNBC’s Squawk Box, Scott Gottlieb discussed the current lack of regulations that would allow CBD to be marketed in food items or dietary supplements. While explaining risks associated with variance in CBD and THC concentration in such products, he referenced a conversation he had days earlier with a pet owner who called into a separate C-SPAN segment he participated in.

That caller “gave CBD to her dog and said it relaxed the dog and the dog was great after getting CBD,” Gottlieb said before another panelist interjected to joke that “the dog was high.”

"Right now all of this #CBD is illegal that is being put in food and dietary supplements," says @ScottGottliebMD "Because it exists as a drug or is subject to substantial clinical experimentation which is a legal standard you can't just put it into a food supply" pic.twitter.com/GaMtFnvc6E

“Exactly. It might have had THC in it,” Gottlieb said. “I didn’t ask her if he had the munchies too.”

For context, the former FDA chief fielded several cannabis-related questions on C-SPAN—at one point arguing that there are “valid reasons” to federally decriminalize marijuana and consider creating a federal regulatory framework to “standardize” state-legal cannabis programs.

Before taking that position, however, a Republican caller from Virginia phoned in to comment on her experience using CBD for her small dog, who she said suffers from severe anxiety during fireworks and thunderstorms.

“I have to admit, just like you, I was extremely skeptical about all the products on the market dogs and pets who suffer from anxiety because there’s just so many,” she said, “but I did a little bit of research online and I purchased some oil. Within an hour of her taking this oil, she doesn’t even notice there are thunderstorms. And we’ve tried everything.”

“The oil actually works for her,” the caller said, echoing a point that hundreds of pet owners made in comments submitted to FDA during a recent public comment period on the agency’s approach to regulating CBD.

Gottlieb said that pet foods and supplements represent “one of the biggest categories” of CBD products on the market and that it’s “become so pervasive that I think it’s going to be hard to put the cat back into the bag. Pardon the pun.”

He added that there’s “not good evidence to support the use of the product in this way.”

When Gottlieb later revisited the caller’s comments on CNBC, speculating that she may have purchased a CBD product that contained a THC concentration high enough to get her dog intoxicated, he seemed to inadvertently acknowledge that THC can relieve anxiety and stimulate appetite, as he didn’t dispute that the oil produced that effect for the dog.

Regardless, the dismissive response reflects an attitude from the federal government that’s been a source of frustration for advocates and cannabis consumers. At the same time that a federal ban on marijuana remains in place, inhibiting research into its therapeutic potential, officials often disparage anecdotal evidence—no matter how widespread—and maintain that more research is needed to substantiate those personal experiences.