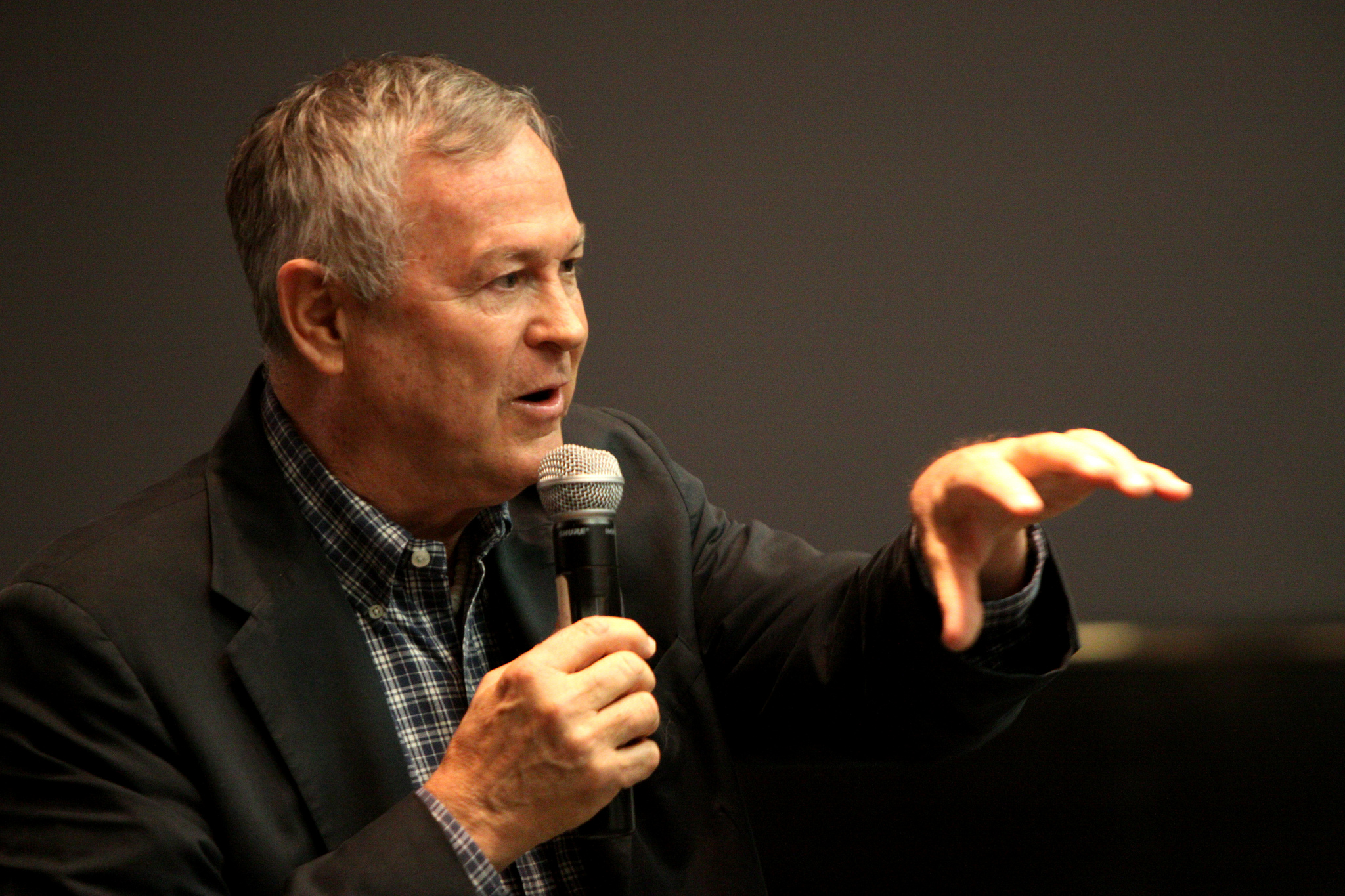 Former Rep. Dana Rohrabacher (R-CA) is taking his involuntary retirement from Congress in stride, moving his family from Orange County up to the woodlands of Maine as he settles into a new role as an advisory board member for a marijuana company.

The congressman, who was one of many House Republicans to lose their reelection bids during the 2018 midterms, is a longstanding advocate for cannabis reform, and he hopes to leverage his experience and connections in Washington, D.C. to bring about change from the outside as an advisor to BudTrader, an online advertising platform for marijuana businesses.

In a phone interview with Marijuana Moment last month, Rohrabacher talked about his transition into the cannabis industry, the role the issue played in his contentious reelection campaign, the trend of former marijuana foes now turning a profit on marijuana and why he believes President Donald Trump will take a leading role in passing reform legislation in 2020.

Marijuana Moment: When you look at politicians like former Republican House Speaker John Boenher, who never helped to advance marijuana legislation you were advocating for when he was in power and is now profiting off the legal industry, how does that make you feel?

Dana Rohrabacher: This is one of maladies of humankind. The sad parts of human beings. The guys aren’t going to be on your side until you’re on the winning side. I’m not shocked by it anymore. I’ve seen it in a number of areas, and cannabis is just one of them.

You have people now who are now being hired by the industry—well, I will have to say that very few of them did very much to help in this light. But that doesn’t mean [they] owe it to me or anyone else. I’m doing a good job, I think, helping BudTrader and others and the industry to actually mold itself and to grow up into maturity so it’s a service to our people. We need the Johnny-come-latelies to continue moving in the right direction, and that’s as simple as that.

MM: Where did the cannabis industry fit within your reelection campaign?

DR: I will have to say this that one thing that’s going to really help the cannabis industry. I just lost my last election, but I was outspent by 10 to 1.

I got some very powerful forces in the world mad at me to the point that these very—I call them the Bolshevik billionaires—came into my district and a lot of the people [abandoned me] because it looked like I was in trouble, I was under attack, all this negative advertising.

I was working on a major piece of legislation on the commercial space industry and, without it, there would not have been SpaceX. I’ll never forget, everybody was advising me not to do this because I was going to lose. I said, who cares if I lose or not, this is the right way we should go. With cannabis, that’s how it was for decades. What a waste of our money trying to prevent adults from smoking weed. Give me a break.

People who I helped like the commercial space industry, I got almost no help from them. But the only people who really stood up with me—the only people—were the cannabis people. The fact that the cannabis industry was so loyal to me when I was under attack in a brutal way, as compared to all of the other issues that I’ve been involved in, that’s going to get around to the people on Capitol Hill, and I think that’s going to serve the cause very well.

MM: To what do you attribute that loyalty?

DR: I think it’s because there’s still genuine fear in the past of consuming a product, meaning cannabis. When you have fear that someone is going to destroy your life by putting you in a cage or giving you a criminal record, and then someone is going to come along and eliminate that fear for your life, I think that is the main thing. They can sense that, they feel that and they understand that. They see that right now we’ve got some opportunities that I probably would have been well serving the industry while still in Congress.

I’ve done some things that I’m very proud of, but that never would have happened had I, for example, been arrested for smoking marijuana when I was 21 years old. What a waste for our country that would have been. I think the people in the cannabis industry recognize what a horrible waste this is and that I actually understand that from the inside out.

I think about a third of the money I had in my campaign could be traced to either people in the cannabis industry or just people who were very proud that I was willing to stand up for an issue that they would attack me on. I’m proud of the cannabis advocates. Look, it was time to go anyway, so now I can try to do good things from the outside.

MM: Do you think the loss of several marijuana-friendly GOP House members last year will hurt the chances of passing cannabis legislation in a bipartisan manner?

DR: Let me tell you what I actually think is going to happen there, on why that won’t happen. We’re going to do this and we’re going to make even further progress because President Trump is with us. President Trump made it very clear when he ran for election, he on a number of occasions—and I had private meetings with him and was reiterated this—where he said that medical marijuana should be totally legal and the recreational use for adults of cannabis should be left up to the states. That’s what he said on a number of occasions.

I think that because we have a president now—by the way, the last president didn’t do anything for us, although we thought [the administration would] but they didn’t do anything for us. They had some sort of an unofficial understanding that certain things wouldn’t be enforced and things like that, but we didn’t need an artificial understanding, we needed to change the freaking law.

[Next year,] all of these ideas will coalesce and there will be a bill that takes us another major step in the right direction. It won’t solve everything, but it’ll take us a major step in the right direction. It will be based on Democrats working with those Republicans who are still there, who were part of my team, and also the leadership of the White House will add a tremendous amount.

MM: Could you expand on your meetings with the president and what specifically he said about his position on cannabis reform?

DR: I really can’t. I think I would be betraying a trust there. But I can let you just know that the president had committed and I trust that he was sincere when he did. That’s what he committed to do. But I don’t want to go into too much detail on it because that, you know, when someone meets with you in the White House, I’m not one of these guys who just runs outside and spins it whatever they want. But the president was very clear and he has never backed down on this, and I am confident that in the second half of this term, you’ll see him providing leadership the same way we just saw him providing leadership on sentencing reform.

MM: Attorney General William Barr recently said that he’s prefer Congress to pass legislation allowing states to enact their own marijuana policies rather than maintain the status quo of having conflicting state and federal laws. What do you make of that?

DR: I have known [former Attorney General] Jeff Sessions and I thought he would be susceptible—because both of us have conservative backgrounds—that he would be susceptible to the states’ right argument because the 10th Amendment of the Constitution is something he and other conservatives always quote. Leave it up to the states. I was so bitterly disappointed in Sessions, what he did when he was in.

I expect that this attorney general is going to be 100 times better than Jeff Sessions on this issue, but it will be based, I believe, just from what you have said and what I’ve read about him, it will focused on trying to move out any restrictions on the federal level and leave those decisions up to the local people.

MM: Shifting gears a bit, Denver and Oakland recently moved to decriminalize psilocybin mushrooms and other psychedelics. Activists are working to get statewide decriminalization on the 2020 ballot in California. Do you have a stance on psychedelics reform?

DR: I’m going to have to see if we can find in Maine, where we have all these trees, how many mushrooms are out there.

I think that in terms of myself, whatever anybody else wants to do. But for me to be the most effective, I should be concentrating on cannabis. Obviously I believe in the freedom of people to consume what they want to who are adults. But in terms of advocating any particular changes being proposed, I’m going to limit myself until I get done with the cannabis issue to the point that we actually feel comfortable and I don’t need to use my work and prestige on that anymore, then I’ll move to something else.

Marijuana Legalization Could Be On The Horizon For British Virgin Islands

FDA Says It Is Speeding Up The CBD Regulation Process