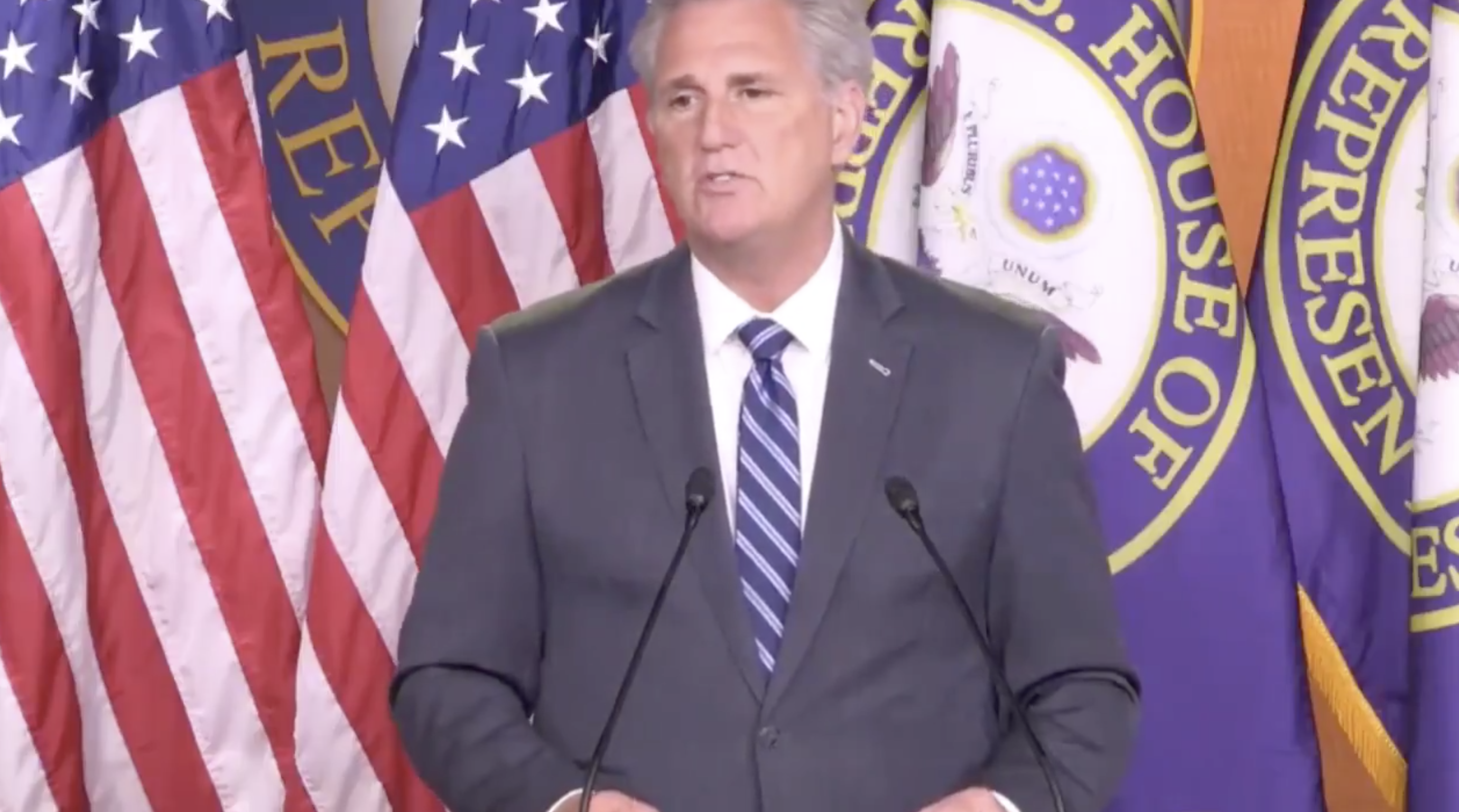 House Minority Leader Kevin McCarthy (R-CA) said on Thursday that there’s “a lot of bipartisanship” on legislation aimed at resolving banking issues for the marijuana industry.

At a press conference, the congressman was asked about Wednesday’s House Judiciary subcommittee hearing on the broader issue of ending federal cannabis prohibition. He said he “didn’t see the hearing” but that he knows “members have positions on both sides” of the issue.

Responding to a question from a Cheddar reporter, McCarthy said that support for marijuana policy within the GOP ranks “depends what portion of [the issue] you’re talking about.”

WATCH —> CA @GOPLeader highlights the bipartisan potential over marijuana banking at today’s press conference to me/@cheddar. He adds that he did not catch any of yesterday’s @HouseJudiciary subcommittee hearing on cannabis prohibition: pic.twitter.com/XV5hMCcqLx

Because many states have legalized cannabis, “there’s an issue when it comes to banking, making sure you’re able to having accountability within that,” he said. “I’ve heard a lot of bipartisanship in there.”

“We believe in a big tent,” he said of the diversity of views within the Republican caucus on marijuana issues.

The comment came on the same day it was reported that a Senate committee could soon hold a hearing on marijuana banking legislation that would protect financial institutions that service state-legal cannabis businesses from being penalized by federal regulators. Insiders said the meetings within the Republican-controlled chamber might come as soon as the week of July 22.

Senate Banking Committee Chairman Mike Crapo (R-ID) said it “should be relatively soon” before he decides on holding the hearing. Previously, he declined to commit to scheduling a meeting to examine the issue.

The Secure And Fair Enforcement (SAFE) Banking Act was approved by the House Financial Services Committee in March, and advocates have been anticipating a full House vote ahead of the August recess, though time is running short and floor action in the fall may be more likely at this point. McCarthy’s remarks signal that lawmakers on both sides of the aisle share the desire to move ahead on the narrow issue of cannabis banking.

Though the Republican leader said he missed the historic congressional hearing on the path to marijuana legalization, it’s unlikely that he would have walked away from it eager to advance broader reform. Despite representing a state with a legal cannabis market, he voted against an amendment last month that would protect marijuana businesses and consumers in recreational states from federal intervention.

Senate Hearing On Marijuana Banking Bill Could Happen This Month