Marijuana legalization at the federal level is inevitable, and is a nonpartisan issue. That’s according to a new poll of voters in four states that opted to end cannabis prohibition on Election Day last month.

Survey participants from Arizona, Montana, New Jersey and South Dakota—each of which recently elected to legalize marijuana for adult use—were asked a series of questions about their views on the policy change in the survey, released on Monday.

Three in four respondents said that, beyond their individual states, they view federal legalization as “inevitable.” And while Congress has been relatively slow to act to that end, their belief is bolstered by the fact that they view cannabis as an increasingly bipartisan issue. 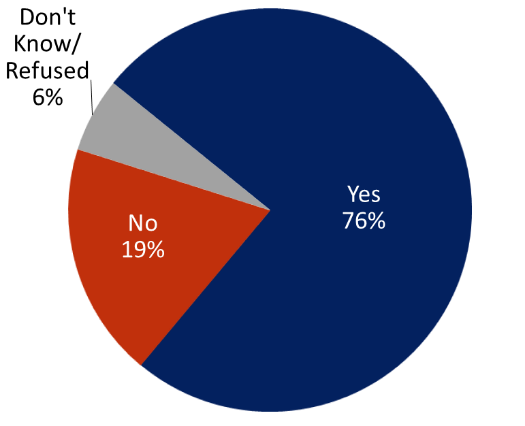 Almost two-thirds of voters in these four states—which include a mix of red, blue and purple states—agreed that legalization is a policy that “both liberal and conservative voters can get behind.”

That result is also supported by a separate recent poll that found 51 percent of Republicans are in favor of a House-passed bill—the Marijuana Opportunity, Reinvestment and Expungement (MORE) Act—to federally deschedule cannabis and enact social equity programs.

In the new survey, 53 percent of Republicans said they agreed that adult-use legalization is a non-partisan issue.

“In sum, public opinion in the four states that legalized marijuana this fall shows a pattern of shifting opinions that bodes well for marijuana policy reform across the country,” FM3 Research and Fabrizio, Lee & Associates, which conducted the poll on behalf of the pro-legalization New Approach PAC, wrote in a memo. “Support for legalization in principle has become broad, strong, and bipartisan—reflecting a steady positive shift in perceptions of voters of all parties over the last few years.”

Overall, a majority of the 1,602 people who were surveyed from November 5-8 favor legalization, by a 68-28 percent margin. That includes “a large majority of young Republicans,” the memo says.

The broad support for legalization “comes despite the fact that voters in these states favored Donald Trump over Joe Biden by a combined five points (48% to 43%) and are more than twice as likely to identify as conservative (41%) as liberal (20%),” the firms wrote.

An overwhelming 85 percent of Democrats back legalization, compared to 53 percent of Republicans and 66 percent of independents. 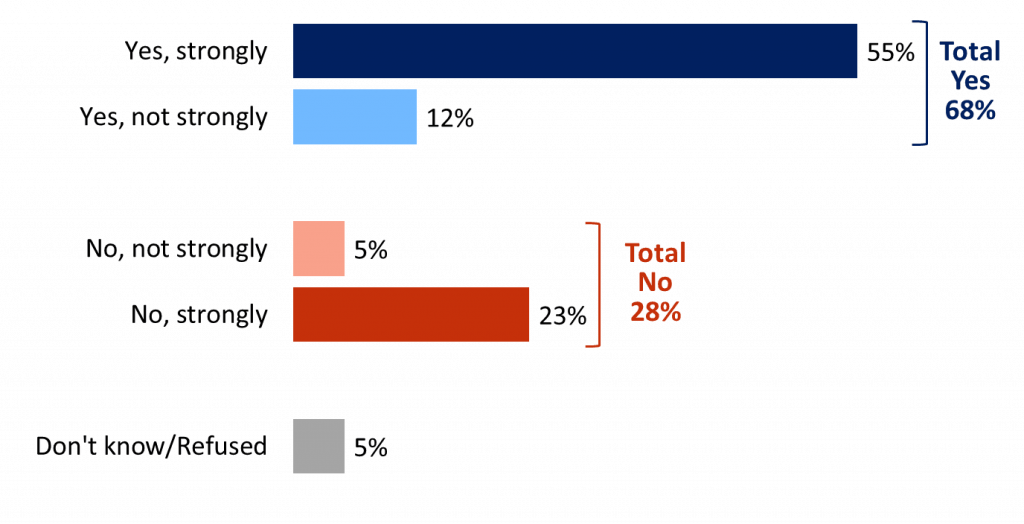 The survey also showed significant support (81 percent) for stopping the federal government from intervening in states that have opted to legalize cannabis.

And 56 percent of respondents said that cannabis legalization is consistent with their personal values, compared to 38 percent who said it was not.

All of these results reflect an evolution in the public’s thinking on marijuana policy amid the statewide legalization movement. And that evolution is also highlighted in this poll. 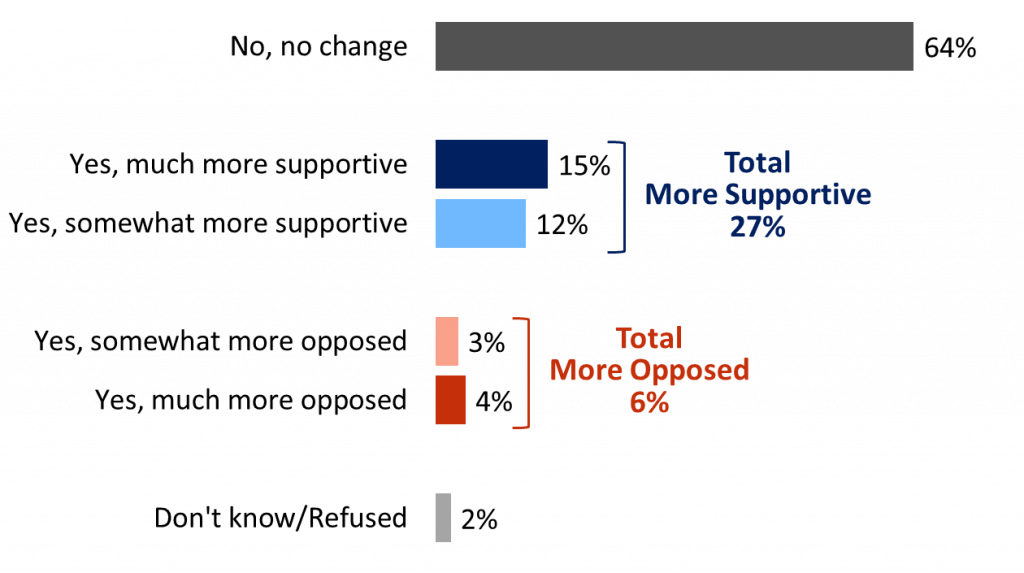 “These shifting views are common to voters of all parties—with 33% of Democrats, 25% of independents, and 23% of Republicans having grown more supportive in the past few years—in each case more than double the proportion who have grown more opposed,” the firms said.

The findings for where Americans stands on expungements—which is part of the MORE Act—is roughly equivalent to national support for broader marijuana legalization. A poll published by Gallup last month found that 68 percent of Americans favor of legalizing cannabis for adult use, which the firm said is its “highest reading” since it started polling voters on the issue in 1969.

But he may feel pressure to adopt a more progressive stance given the House’s recent passage of the MORE Act.

Read the new poll on marijuana policy in states that have recently legalized below: