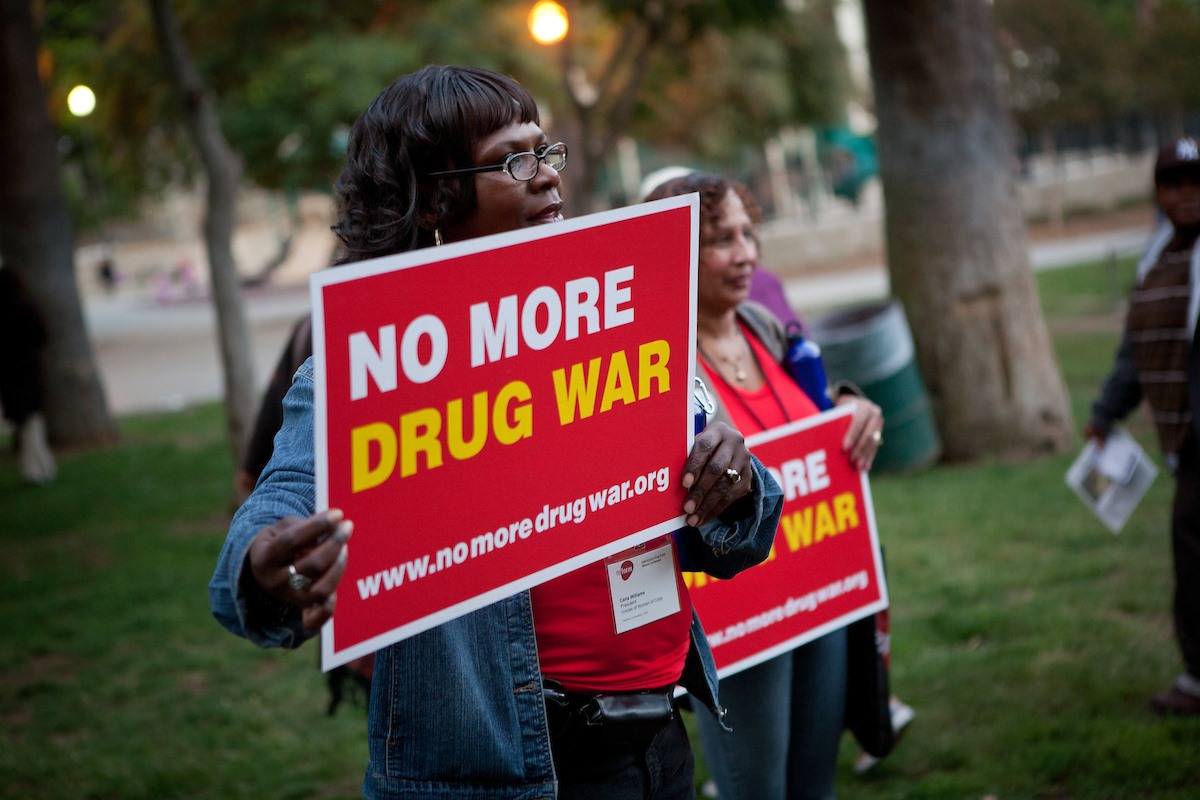 While politicians and authorities have promised for decades that arresting and locking up people who sell drugs would reduce the supply of such substances in communities, the opposite has actually happened, according to a new report from a leading advocacy group.

“Between 1980 and 2011, increasing penalties played a significant role in raising average prison sentences for federal drug law violations by 35%,” the report, published on Tuesday by the Drug Policy Alliance (DPA), says. “But rather than seeing a reduction in drug use or an increase in prices over this period, drug use increased while prices fell dramatically.”

And the effects of Reagan- and Clinton-era drug control policies are even worse, still, DPA argues. “When law enforcement cracks down on drug markets, suppliers have an incentive to trade in highly concentrated products, which can be more easily hidden than less potent, bulkier goods,” the report says. “This dynamic may have encouraged the introduction of fentanyl into the illegal opioid market, initiated by high-level actors at the top of the supply chain.”

“Our current approach to people who sell or distribute drugs in the United States does not reduce the harms of drug use or improve public safety. It is built on a foundation of stigma, ignorance and fear rather than evidence, and creates new problems while doing nothing to solve those that already exist.”

Synthetic opioids contributed to 28,400 overdose deaths in the US in 2017, as fentanyl has contaminated supplies of street drugs like heroin and even non-opioids such as methamphetamine and cocaine. The report also highlights new psychoactive substances like synthetic cannabinoids that chemical manufacturers create faster than lawmakers can enact new laws to ban them.

The report, authored by Alyssa Stryker, DPA’s criminal justice reform manager, suggests that decriminalizing and legalizing certain drugs will benefit communities more than simply relying on police to put drug sellers in prison. “It is not the drugs themselves that cause violence,” it says, “but rather the exclusion of those who sell and distribute drugs from the kinds of property protections and dispute resolution mechanisms available to those who operate legal businesses.”

DPA’s conclusions are supported by separate cannabis-focused research conducted by the federal National Institute of Justice, that showed marijuana legalization in Colorado and Washington had little to no effect on violent crime in those states—and in some cases even correlated with reduced crime. Another study published in August found that neighborhoods in Denver that opened cannabis dispensaries saw reductions in crime.

His primary opponents Rep. Tulsi Gabbard (D-HI) and former Housing and Urban Development Secretary Julián Castro have also shown interest in considering drug decriminalization. Gabbard stressed, however, that she would not remove penalties for “those who are profiting off of selling substances that are harmful to others.”

As the prospects for federal cannabis legalization have become more real than ever before this year, there may be an opportunity for cities and states to more dramatically rethink how they approach drugs and the people who use and sell them.

Read the full report, Rethinking the “Drug Dealer,” below:

Rethinking the Drug Dealer by Marijuana Moment on Scribd