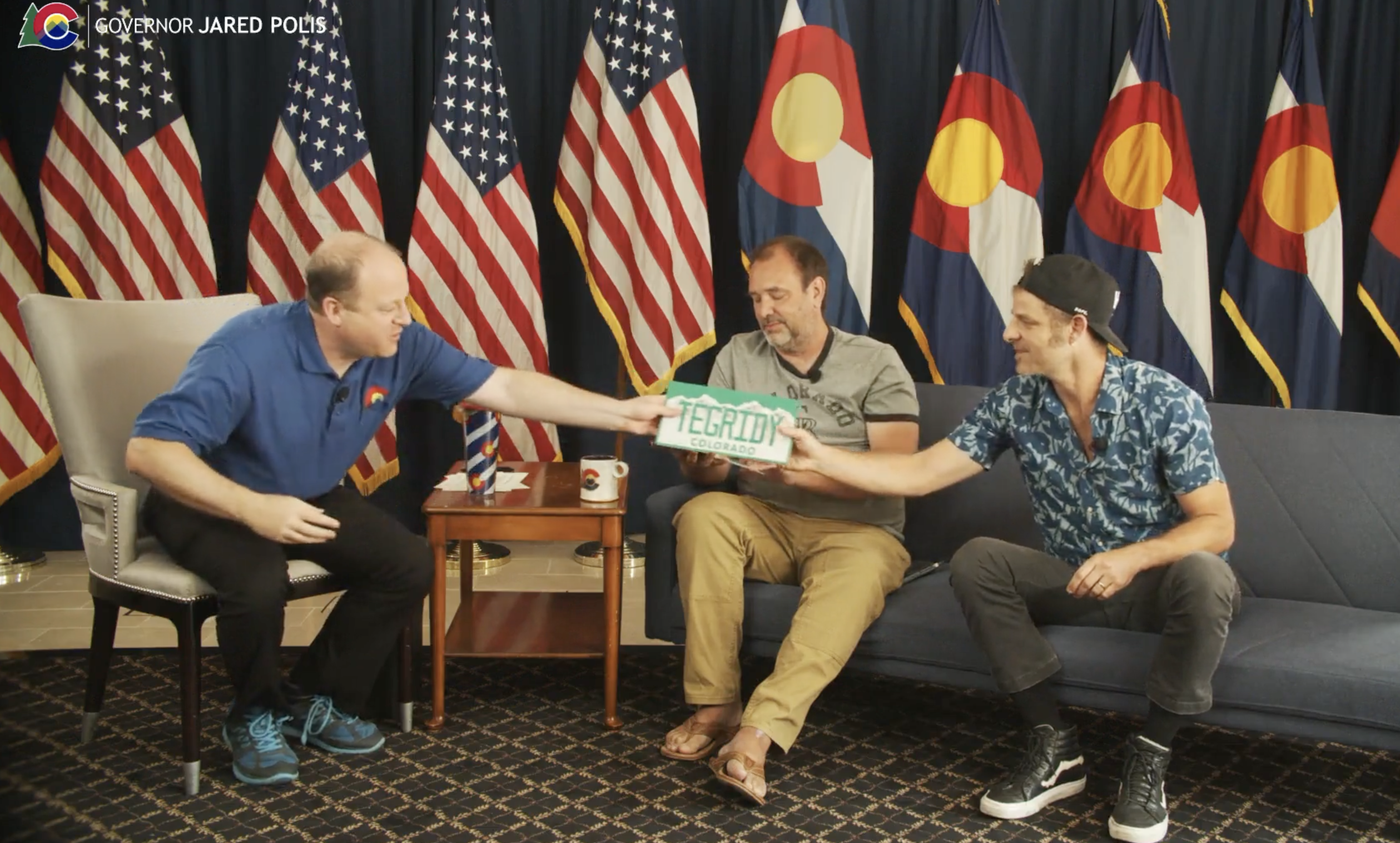 The governor of Colorado on Friday presented the creators of South Park with souvenir license plates that pay homage to the fictional marijuana company Tegridy Farms that’s featured in multiple episodes of the comedy series. And he said one of the show’s most popular stoner characters would make a good mascot for the state.

Gov. Jared Polis (D) met with South Park creators Trey Parker and Matt Stone to celebrate the 24th anniversary of the show, which takes place in a fictionalized Colorado city. He handed them each ceremonial plates that are based on an actual one that was auctioned off as part of a cannabis-themed charity that the state launched in April.

Residents were able to bid on vanity plates with terms like “BONG,” “GANJA,” “GOTWAX,” “HEMP” and “ISIT420.” The purpose of the auction was to raise money for a state disability fund.

Polis said the “TEGRIDY” plate “was one of the highest-selling” items, with “$5,000 raised for charity.” The only other one that went for more was “ISIT420,” he said.

“We raised over $50,000 for charity, and I would like to present you with—we had these made up, these are not for vehicles,” the governor said. “These are souvenir Tegrity license plates, officially for Colorado. They’ll go up on your wall and your office.”

Earlier in the conversation, Polis asked the creators which character they’d pick as a mascot for Colorado. The talking towel named Towelie—famous for getting high—was Stone’s choice. He said it’d be a good way to represent the state’s marijuana businesses, and the governor agreed that Towelie would be a “good” mascot.

The comments at the South Park event aren’t the first cannabis-related actions the governor has taken this week.

On Tuesday, Polis also celebrated the fact that the U.S. Department of Agriculture recently approved Colorado’s hemp regulatory plan, saying the state “is the undisputed leader in the cannabis industry, and our hemp plan is a model for the country.” At an event held next to a hemp field, he unveiled a congratulatory statement from singer and marijuana icon Willie Nelson saying that “Colorado should be proud of leading the charge for the hemp industry.”

Marijuana Moment reached out to Polis’s office to see whether there are any imminent plans to formally make Towelie the state’s mascot, but his press secretary said that “at this time, the governor is not planning an official proclamation.”

He also confirmed that the “TEGRIDY” plates given to Parker and Stone are “purely decorative”and that the winner of the actual license plate in the charity auction “remains private.”

South Park’s Tegridy episodes might take place in a fictional world, but they’ve satirized real-world issues in the marijuana industry. In 2019, for example, the show took a not-so-subtle jab at a video produced by the cannabis company MedMen, and it’s generally been critical of the corporatization of the market.

But Tegridy Farms may soon become a corporation in the real world, with Stone telling Bloomberg earlier this month that, “I think we’re really for the first time going to bring Tegridy Weed into real life.”

A page on the official South Park Tegridy Farms site showed that its creators bought up numerous inactive domain names, including one focused on a specific strain name—”Catotonic Tegridy Bud”—that was mentioned in a 2018 episode.