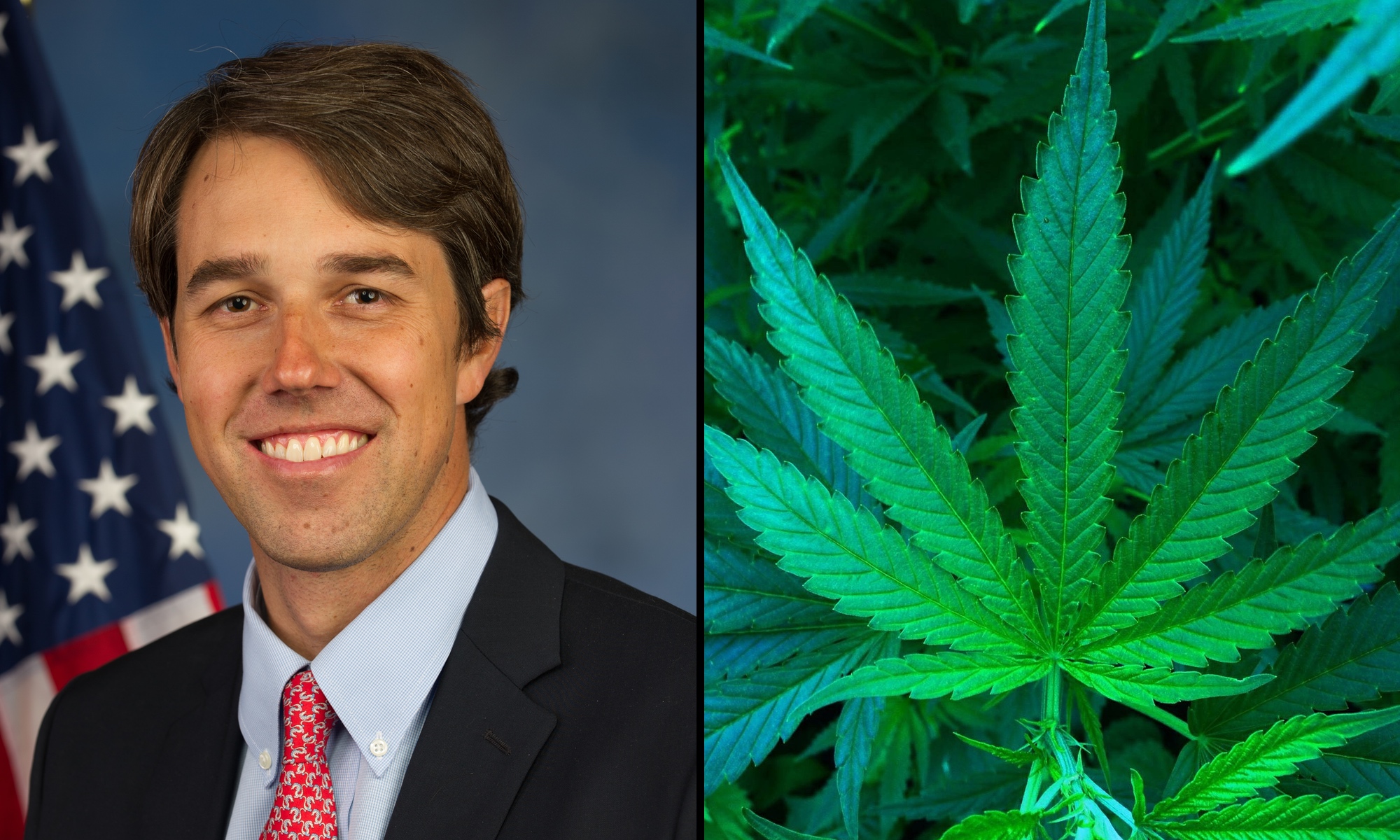 Marijuana would not only be legalized under a plan proposed on Thursday by Democratic presidential candidate Beto O’Rourke, but cannabis tax revenue would be used to directly repay formerly incarcerated people through a new “Drug War Justice Grant” program.

Unlike other contenders who have come around to supporting marijuana legalization in just the past couple of years, the former Texas congressman has long called for ending prohibition—and his new plan in many respects goes further than those rolled out by other campaigns.

While rival candidates have proposed funding programs to begin repairing the harms of the war on drugs through job training, legal aid, expungement efforts and loans for small marijuana businesses owned by socially and economically disadvantaged individuals, O’Rourke’s plan is the first to suggest direct payments to individuals who have been imprisoned on cannabis charges.

I believe today what I believed then: We don’t only need to legalize marijuana. We also need to repair the damage done to communities of color that have been locked up in our criminal justice system, or locked out of opportunity, because of the War on Drugs.

“We need to not only end the prohibition on marijuana, but also repair the damage done to the communities of color disproportionately locked up in our criminal justice system or locked out of opportunity because of the War on Drugs,” ​O’Rourke said in a press release.​ “These inequalities have compounded for decades, as predominantly white communities have been given the vast majority of lucrative business opportunities, while communities of color still face over-policing and criminalization. It’s our responsibility to begin to remedy the injustices of the past and help the people and communities most impacted by this misguided war.”

The grants, completely funded by a federal tax on the marijuana industry, would be paid on a monthly basis to people “formerly incarcerated for nonviolent marijuana offenses in state and federal prison for a period based on time served.”

Efforts would also be made to involve people harmed by the drug war in the legal marijuana industry by tying federal criminal justice funding to requirements that states waive licensing fees for low-income people who have been convicted of cannabis offenses, protect small marijuana businesses from predatory investors and award a majority of licenses to companies owned by minorities and people disproportionately impacted by the war on drugs.

Today, we are releasing our plan to legalize marijuana and ensure that we repair the injustices of our nation’s drug policies—so they aren’t visited on future generations. Read it here: https://t.co/Vp2RpFUH6H

Like virtually every other major Democratic presidential candidate—with the notable exception of former Vice President Joe Biden—O’Rourke is calling for federally legalizing marijuana by removing the drug from the Controlled Substances Act.

The plan calls for developing a model of cannabis regulation that includes “federal sustainability standards for growers with regard to water, energy and land use efficiency.”

He would also push to remove marijuana as a deportable offense for immigrants, mirroring legislation filed in the House this week. Sen. Cory Booker (D-NJ), another 2020 contender, introduced a bill to do so earlier this year.

We will also invest in the communities that have long been most impacted by the War on Drugs—providing a “Drug War Justice Grant” to everyone who was formerly incarcerated for a nonviolent marijuana offense, funded entirely by a tax on the marijuana industry.

O’Rourke also wants to let marijuana businesses use banks and to increase access to medical cannabis, including by letting doctors at the Department of Veterans Affairs prescribe or recommend it.

On Tuesday, O’Rourke met with advocates for equity in the cannabis industry in Los Angeles, and he plans to host a similar event in Oakland on Thursday.

Legalizing marijuana isn't enough. We also need to make sure those most impacted by the War on Drugs have a chance to benefit from this growing industry. Thanks to everyone at Equity First Alliance and Cage-Free Cannabis in L.A. for sharing their stories with me today. pic.twitter.com/BJDjNLr4gg

“Marijuana prohibition is a racist policy that has been used by the state to disproportionately target communities of color. As we begin to enter the age of legalization it is imperative we enact restorative justice to attempt to remedy some of the harms this policy has caused,” said Erik Altieri, executive director of NORML. “As Silicon Valley bros and Wall Street suits attempt to exploit legalization to turn a profit, an idea like O’Rourke’s would ensure that the victims of our war on cannabis aren’t forgotten or left behind.”

We will never erase the damage done by the drug war—the lives lost, the years spent behind bars—but we can begin to remedy the injustices of the past by ending the cruelty today. Read our full plan here: https://t.co/Vp2RpFUH6H

Shaleen Title, a longtime legalization activist who now holds the social justice seat on the Massachusetts Cannabis Control Commission, said that “any serious attempt to legalize marijuana at the federal level must include reparations for those whose lives were destroyed by America’s reckless and racist war on drugs, and ensure a fair shot for entrepreneurs from communities whose economies and social fabrics were ripped to pieces by an overzealous criminal justice system.”

“Anything less would perpetuate, not eliminate, the racial disparities that are the hallmark of prohibitionist policies wherever they exist,” she said. “It’s heartening to see Congressman O’Rourke continuing his long history of leading on drug policy issues by embracing this obvious truth, which I believe the American people are more than ready to hear.”

RT if you agree that it’s time to legalize marijuana. pic.twitter.com/yffCrF7Shi

As an El Paso city councilman in 2009, O’Rourke sponsored an amendment that called for a conversation about legalizing marijuana and “an honest, open national debate on ending the prohibition of narcotics.” The measure passed but was later vetoed by the mayor, an event that started a chain reaction that ultimately led to his tenure in Congress and evolution into a national political figure now running for president of the United States.

As the Council considered overriding the mayor’s veto, the congressman who represented the city, Rep. Sylvestre Reyes (D-TX), threatened that federal funds would be at risk if lawmakers insisted on taking the anti-drug war stand. The override vote fell narrowly short, but Reyes’s local interference angered O’Rourke and spurred him to mount a congressional primary challenge in which he ultimately prevailed despite the incumbent airing attack ads about being soft on drugs.

O’Rourke cosponsored numerous cannabis bills during his time on Capitol Hill and did not shy away from legalization during his 2018 run against Sen. Ted Cruz (R-TX), which he lost.

During his current White House bid, O’Rourke has connected calls for jailing pharmaceutical executives he sees as responsible for the opioid crisis with his support for ending cannabis prohibition.