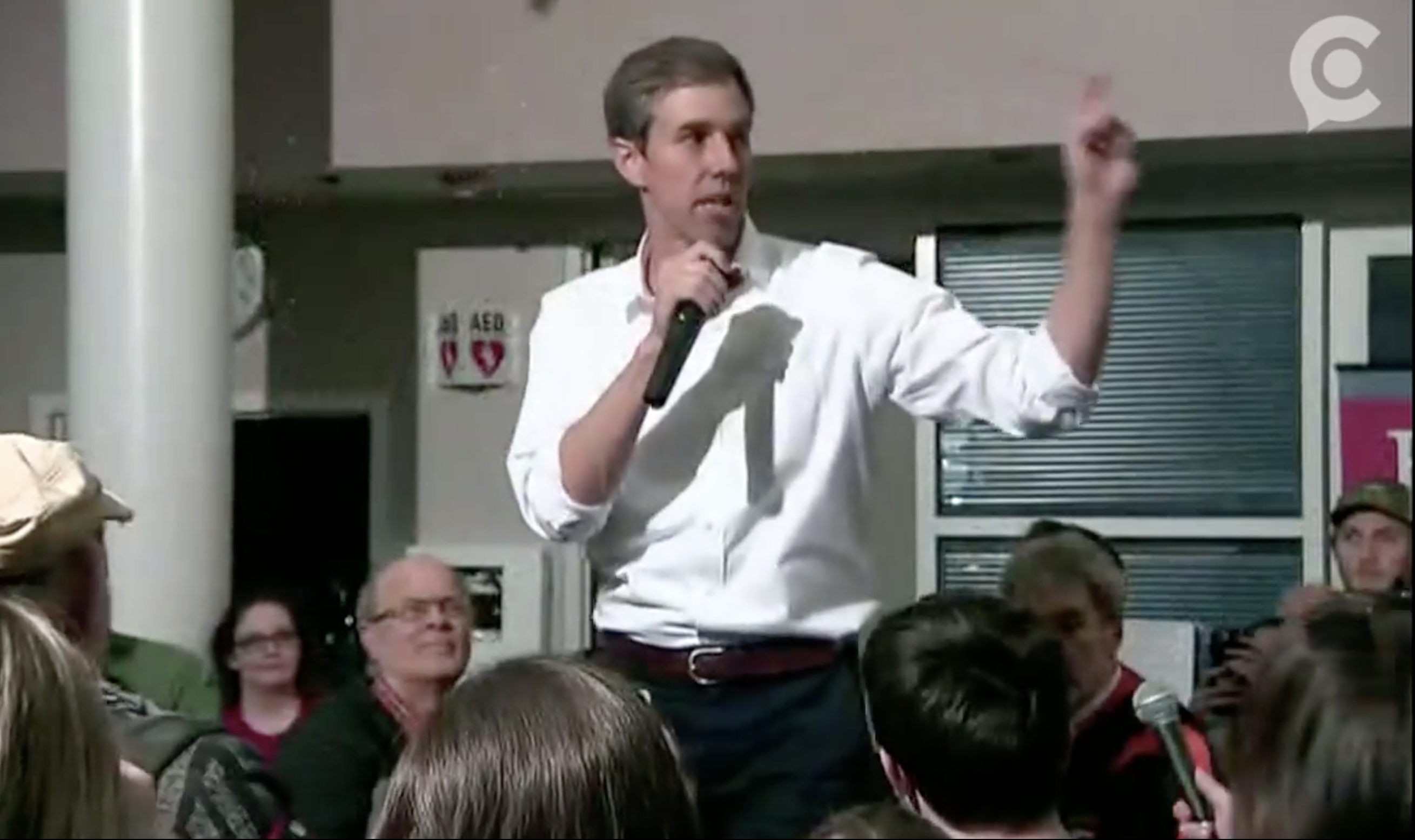 The federal government should end the prohibition of marijuana and prosecute pharmaceutical executives who recklessly marketed addictive opioid painkillers, Beto O’Rourke argued at a rally in New Hampshire on Tuesday.

The 2020 Democratic presidential candidate received enthusiastic applause in response to the pitch from the crowd in the early primary state, which has been hard hit by the opioid crisis.

“We’re going to acknowledge an incredibly warped system of justice in this country,” the former congressman said, singling out Purdue Pharma, the maker of OxyContin, over its products’ role in the addiction problem.

“The vast majority of those who are addicted today began with a legal prescription,” he said. “Those executives understood the addictive properties of what they sold and did not share that with the public, and not a single one of them has done a single day in jail.”

“Yet, we have the largest prison population on the face of the planet, disproportionately comprised of people of color, far too many there for possession of a substance that is legal in most states of this country, marijuana.”

Watch O’Rourke’s marijuana and drug policy comments, about 20:00 into the video below:

The candidate expanded on the unfairness, noting that rates of cannabis use are roughly the same for different races but “only some are more likely than others to be arrested, to serve time, to upon release be forced to check a box” rendering them ineligible for student loans and making it more difficult to secure employment.

“We need real criminal justice reform,” he said. “We need to end the prohibition of marijuana, expunge the arrest records for everyone arrested for possession of something that’s legal in so many other places, and make sure that we have a full prosecution and accountability for those who are responsible for the deaths of tens of thousands of Americans in this country.”

There were signs that drug reform would be a main feature of O’Rourke’s campaign in the weeks leading up to his announcement, and he’s quickly confirmed that suspicion on the trail. He sent out an email blast about marijuana reform before declaring his bid and he discussed ending cannabis prohibition on the day of his announcement.

But contrasting the unchecked malfeasance of the pharmaceutical industry with the aggressive enforcement of cannabis laws represents an evolution in O’Rourke’s messaging on the issue.

It’s not dissimilar to a talking point often heard at rallies for Sen. Bernie Sanders (I-VT), who frequently talks about the injustice of failing to prosecute Wall Street executives for their role in the 2008 financial crisis while locking up individuals for non-violent marijuana offenses.

“To them it’s competition for chronic pain, and that’s outrageous because we don’t have the crisis in people who take marijuana for chronic pain having overdose issues,” she said, adding that she doesn’t see cannabis as a gateway to opioids. Rather, “the opioid industry and the drug companies that manufacture it, some of them in particular, are just trying to sell more drugs that addict patients and addict people across this country.”

Another contender for the Democratic nomination, Rep. Tulsi Gabbard (D-HI), has also been critical of the pharmaceutical industry while supporting cannabis legalization.

She said last month that the U.S. criminal justice system “puts people in prison for smoking marijuana while allowing corporations like Purdue Pharma, who are responsible for the opioid-related deaths of thousands of people, to walk away scot-free with their coffers full.”