Banks and credit unions have been accepting significantly more marijuana businesses in 2019, according to new federal data.

That data comes from the Treasury Department’s Financial Crimes Enforcement Network (FinCEN), which tracks financial services for the marijuana industry by analyzing suspicious activity reports, or SARs, that institutions file in accordance with cannabis banking guidance issued by the Obama administration in 2014. 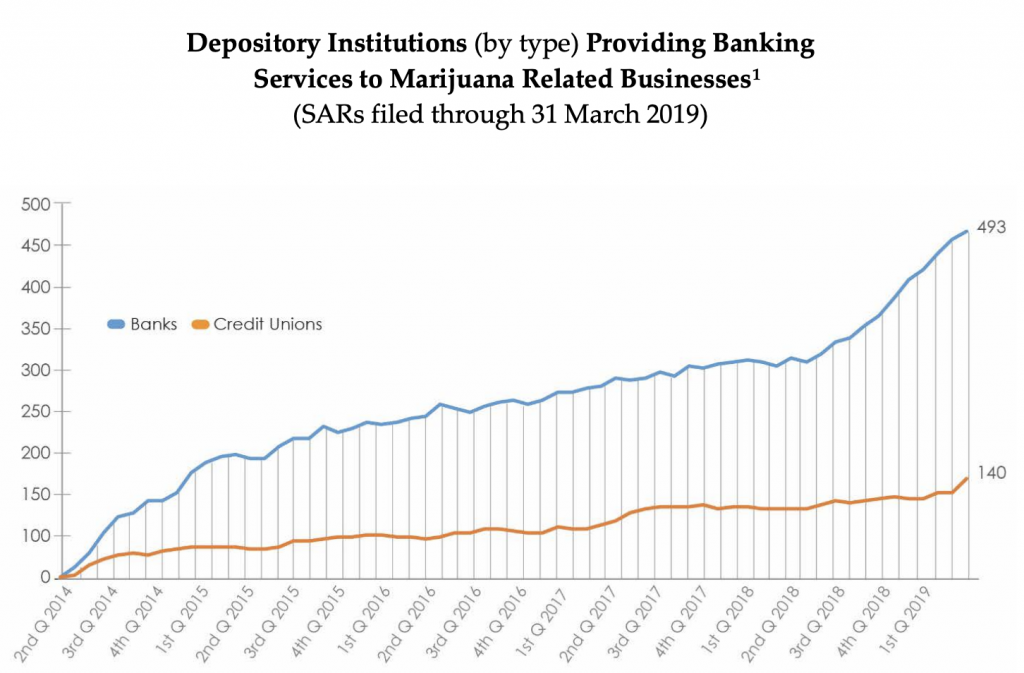 While banks run the risk of being penalized by financial regulators by accepting cannabis business accounts because their products are still federally controlled substances, an increasing number of them are willing to take that chance. The latest update of quarterly numbers, posted late last month, comes as bipartisan legislation that would protect banks that service state-legal markets advances toward the House floor for a vote.

“As of 31 March 2019, FinCEN has received a total of 81,725 SARs using the key phrases associated with [marijuana related businesses],” the federal agency wrote.

FinCEN also breaks down the types of SARs the banks and credit unions reported for marijuana businesses.

The vast majority (61,036) were considered “marijuana limited,” a term that refers to cannabis businesses that appear to be operating in compliance with state law and meet the agency’s standard for being serviceable under existing federal guidelines. 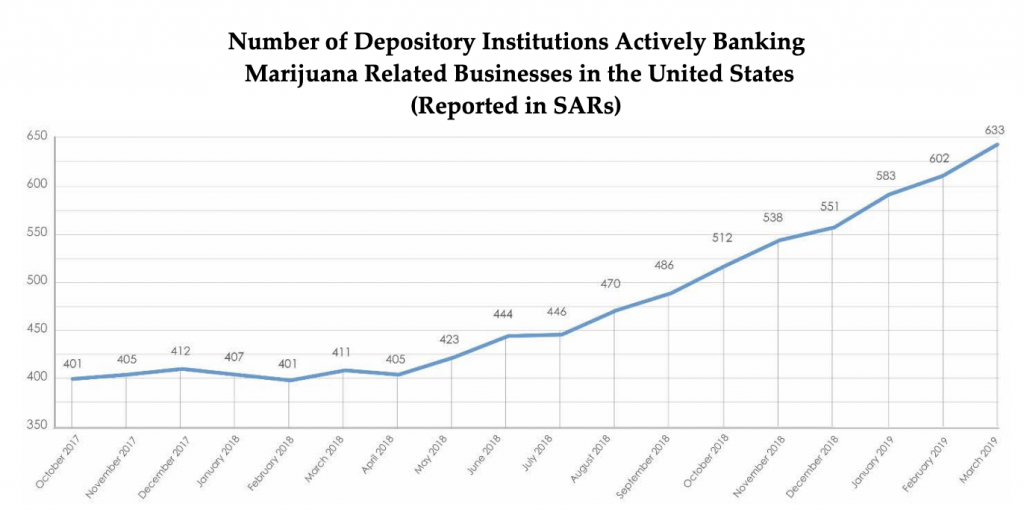 About 6,000 were defined as “marijuana priority,” which means they “may raise one or more of the red flags” under federal guidelines or they “may not be fully compliant with the appropriate state’s regulations” and are thus under investigation while the banks continue to service the businesses.

Finally, about 20,000 were marked as “marijuana termination.” That means has the cannabis business has violated at least one federal enforcement priority or state regulation and so “the financial institution has decided to terminate its relationship with” the business.

The Secure and Fair Enforcement (SAFE) Banking Act would do a lot to resolve uncertainty in the banking sector as it concerns marijuana. The bill cleared the House Financial Services Committee in March and is expected to get a full House floor vote next month.

Advocates argue that providing for the lawful banking of cannabis businesses would increase financial transparency, mitigate public safety risks associated with operating on a largely cash basis and simplify the tax process.

The legislation enjoys broad support outside of Congress as well. Twenty U.S. governors recently signed a letter encouraging its passage, as did banking associations representing all 50 states, a coalition of state attorneys general and another comprised of state treasurers.

Meanwhile, an annual spending bill that covers the Treasury Department and includes temporary language protecting banks from being punished for working with cannabis businesses is on the House floor this week.