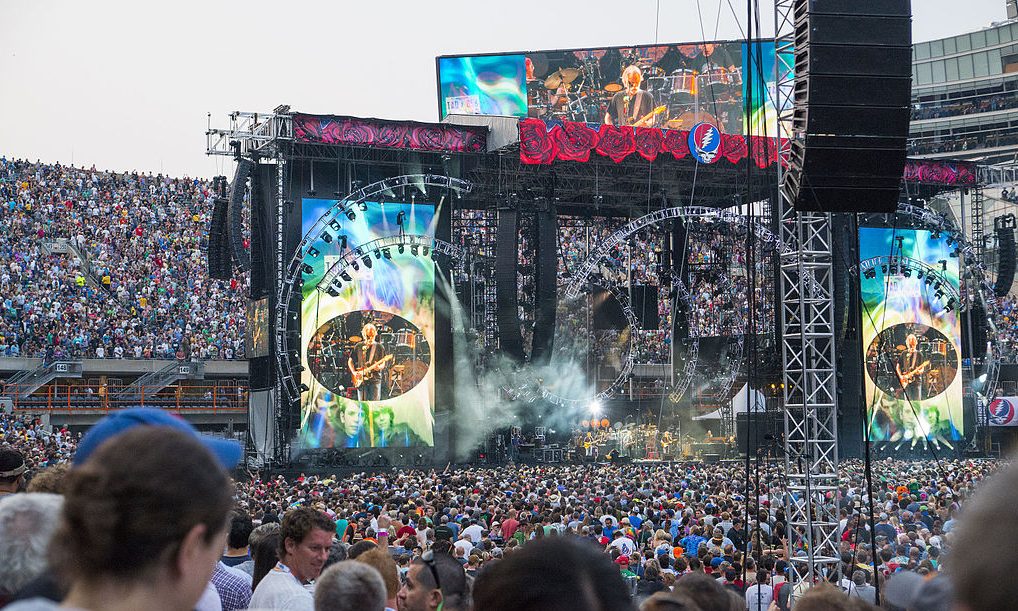 Three founding members of The Grateful Dead and a member of the spinoff group Dead & Company used part of their Independence Day to promote marijuana reform.

Songwriter and guitarist Bob Weir and drummers Mickey Hart and Bill Kreutzmann, who are now part of Dead & Company, each called on their social media followers to get involved with the Cannabis Voter Project, which “aims to educate Americans about about how voting can impact cannabis policy.” Dead & Company bassist Oteik Burbridge also used his platform to promote the organization.

Fans were encouraged to text “CANNA VOTER” to 40649, which prompts them with questions about federal cannabis reform and automatically generates messages to their congressional representatives. The musicians are also inviting supporters to visit a Cannabis Voter Project booth at one of Dead & Company’s shows in Colorado.

No better way to celebrate #IndependenceDay than telling elected leaders what you believe in. If you happen to consider yourself a "Cannabis Voter," text CANNA VOTER to 40649 or visit @Cannabis_Voter Project on #ParticipationRow at our Colorado shows. pic.twitter.com/EvNypwEglO

The @Cannabis_Voter Project from @HeadCountOrg will be at the @deadandcompany Boulder shows. To know what it’s all about, text CANNA VOTER to 40649 and tell your elected officials that you’re a Cannabis Voter. pic.twitter.com/13apsRyHFK

HeadCount, a non-profit organization that partners with musicians to register voters and operates Cannabis Voter Project, has been working with Dead & Company—and the band’s upcoming Colorado shows will put the focus on marijuana reform.

Knowledge is power. Visit @HeadCountOrg ’s @Cannabis_Voter Project on #ParticipationRow and become better informed on an issue important in Colorado and around the country. pic.twitter.com/DzebRQ6i6B

“No better way to celebrate #IndependenceDay than telling elected leaders what you believe in,” Weir wrote. “If you happen to consider yourself a ‘Cannabis Voter,’ text CANNA VOTER to 40649 or visit [Cannabis Voter Project] on #ParticipationRow at our Colorado shows.”

“I’ve smoked a lot of weed. And I vote,” Kreutzmann said. “If you‘re like me you should visit @HeadCountOrg’s @Cannabis_Voter Project booth on Participation Row in Boulder this weekend!”

The partnership makes sense given The Grateful Dead’s close association to the counterculture scene and cannabis across the span of several decades. Hart also owns a marijuana company that sells small joints in shops throughout Northern California.

Musicians are increasingly speaking out about cannabis politics. Last month, for example, Killer Mike discussed why rap artists deserve more credit for advancing marijuana legalization. And Rolling Stones’s Mick Jagger gave the governor of Illinois a shoutout at a Chicago concert on the day he signed a cannabis legalization bill.

This piece was updated to note that additional The Grateful Dead and Dead & Company members posted on social media about Cannabis Voter Project.