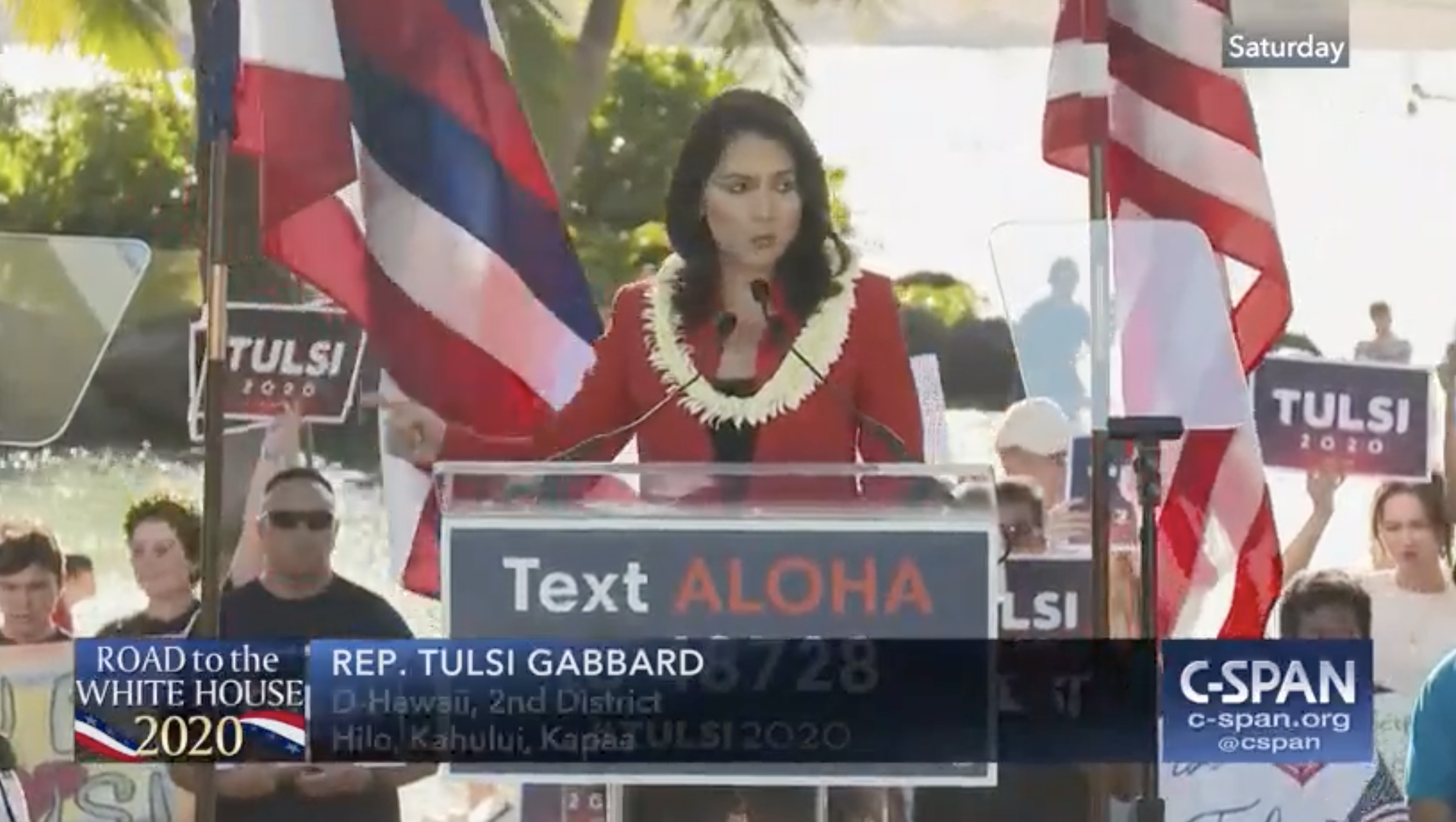 Rep. Tulsi Gabbard (D-HI) had some strong words of criticism for the criminal justice system and the pharmaceutical industry during her formal presidential campaign launch speech on Saturday.

The congresswoman, who first revealed last month that she was running for her party’s presidential nomination in 2020, said it is imperative to “stand up against private prisons who are profiting off the backs of people who are caught up in a broken criminal justice system.”

That same system, she said, “puts people in prison for smoking marijuana while allowing corporations like Purdue Pharma, who are responsible for the opioid-related deaths of thousands of people, to walk away scot-free with their coffers full.”

Purdue Pharma, the maker of the potent painkiller OxyContin, recently made headlines after it was revealed that the company considered getting into the opioid addiction treatment business amid a national drug crisis fueled in part by the aggressive marketing of prescription painkillers like OxyContin.

“This so-called criminal justice system, which favors the rich and powerful and punishes the poor, cannot stand,” Gabbard said.

Sessions’ actions to protect the bottom lines of the for-profit private prison industry, and Big Pharma whose opioids and drugs flourish in part due to the marijuana prohibition, while trampling on states' rights and turning everyday Americans into criminals is an injustice.

“Sessions’ actions to protect the bottom lines of the for-profit private prison industry, and Big Pharma whose opioids and drugs flourish in part due to the marijuana prohibition, while trampling on states’ rights and turning everyday Americans into criminals is an injustice,” she wrote on Twitter.

Gabbard is one of several Democratic presidential candidates who’s signed onto far-reaching legislation that would end federal cannabis prohibition and penalize states that have discriminatory marijuana enforcement practices.

Sen. Kirsten Gillibrand (D-NY), a rival contender for the Democratic presidential nomination, has also specifically called out the pharmaceutical industry in relation to marijuana reform.

“To them, it’s competition for chronic pain, and that’s outrageous because we don’t have the crisis in people who take marijuana for chronic pain having overdose issues,” she said. “It’s not the same thing. It’s not as highly addictive as opioids are.”