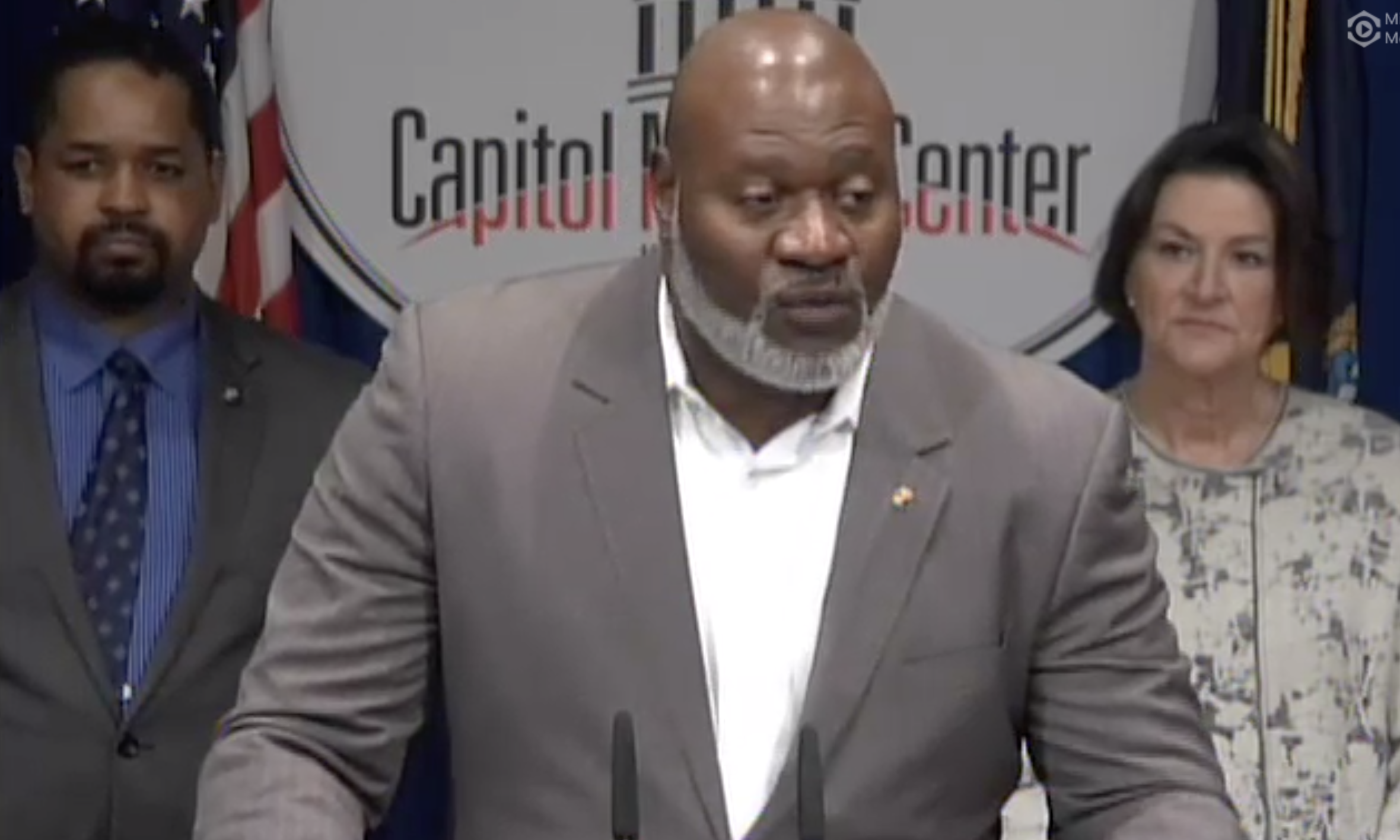 Pennsylvania Rep. Jake Wheatley (D) and 25 cosponsors filed a bill on Monday to legalize marijuana in the state.

The legislation would allow adults 21 and older to possess, consume and cultivate cannabis, as well as purchase it from licensed retailers. Individuals could grow up to six plants, only three of which could be mature, for personal use.

The bill would expunge the criminal records of those with past marijuana convictions and require the release of people currently imprisoned for cannabis offenses made legal under the legislation. It would also establish equity policies to ensure that “diverse groups have equal opportunity in the permitting process.”

Today I am introducing #HB50– a bill to legalize adult-use cannabis & address decades of social injustice. I ask my fellow legislators to support this bill & move #Pennsylvania forward pic.twitter.com/f2IfZ8TYZc

“There’s a social justice component because we want to make sure people understand this is not just about cannabis,” Wheatley said during a press conference. “It’s about making sure that we are righting some of the wrongs of the failed war on drugs.”

He said that 50 percent of tax revenue from legal marijuana sales would go toward reducing student loan debt for graduates in the state, 40 percent would fund affordable housing initiatives and 10 percent would support after school care programs for children. That said, Wheatley emphasized that he was open to hearing other ideas about how best to allocate the tax revenue.

"My legislation would decriminalize and legalize adult-use cannabis," said @RepWheatley "It would also likely generate $580 million in taxes, with a focus on social justice reforms." pic.twitter.com/XEsG3QsIBh

Sen. Sharif Street (D) also spoke in support of the legislation and said that it’s “time for us to join the new age and enter the cannabis economy.”

“It’s time for us to join the new age and enter the cannabis economy,” says @SenSharifStreet.

Sen. Street says legalizing recreational adult use of cannabis would have numerous benefits in Pennsylvania. pic.twitter.com/jlPPeEll1l

There’s growing momentum for legalization in the Keystone State, where Gov. Tom Wolf (D) recently shifted his position from saying the state was not ready for legalization to now arguing that it must be open to considering the move as neighboring states press forward on reform.

Last week, Wolf announced that his lieutenant governor, John Fetterman (D), would be embarking on a listening tour in all of the state’s 67 counties to discuss potential marijuana legalization.

Wheatley released a co-sponsorship memo last month calling on fellow lawmakers to support efforts to legalize cannabis. At the time, he said his bill would be “the most comprehensive legalization legislation to date.” He also launched an online petition last year, soliciting public support for legalization.

State senators are working on filing a legalization bill as well.

While Pennsylvania is seen as one of the most likely states to legalize in 2019, both the House and Senate are Republican-controlled and it’s not clear that cannabis proposals will necessarily receive a floor vote in either chamber.

Asked about the odds of passage, Wheatley said he heard similar skepticism about proposals to expand gambling in Pennsylvania more than a decade ago, when the legislature was also controlled by Republicans and there was a newly elected Democratic governor. Ultimately, ideological differences didn’t stop that expansion, he said, and the issue of legalization “is a similar situation.”

“If we were betting, there’s a good 50/50 chance that at some point—maybe it won’t be this year, maybe it’s next year—at some point, this conversation around legalizing cannabis is going to be very real,” he said. “I would rather do it sooner than later.”