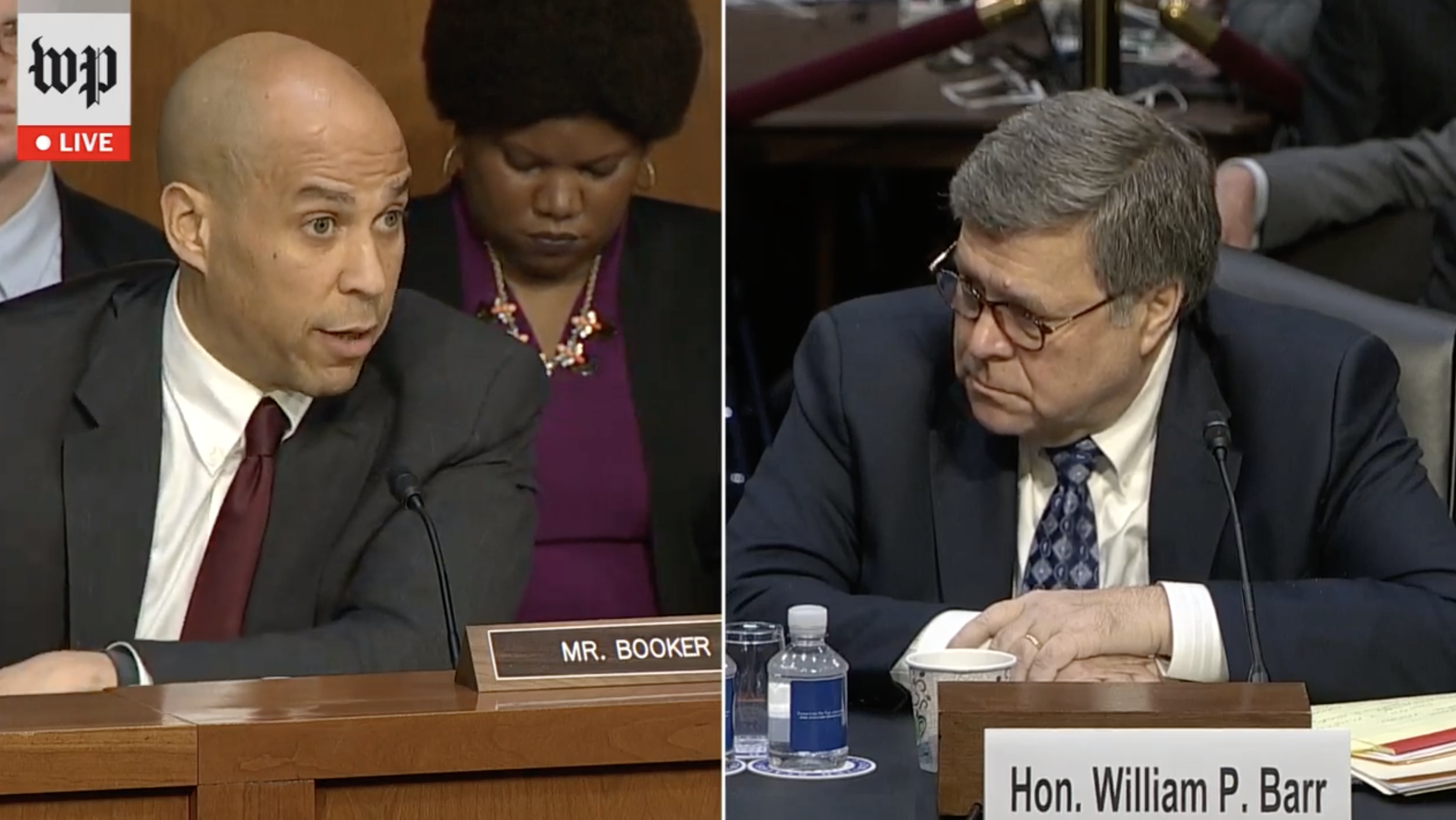 At his confirmation hearing on Tuesday, attorney general nominee William Barr said he would not go after marijuana companies that have operated in compliance with earlier Justice Department guidance that was rescinded last year by his predecessor, Jeff Sessions.

He also encouraged Congress to address the conflict between federal and state cannabis policies.

“My approach to this would be not to upset settled expectations and the reliant interests that have arisen as a result of the Cole memorandum,” Barr said, referring to a memo on federal marijuana enforcement priorities that Sessions revoked in early 2018. “However, I think the current situation is untenable and really has to be addressed. It’s almost like a backdoor nullification of federal law.”

Sen. Cory Booker (D-NJ) asked Barr what he would do to address the issue and whether he felt it was “appropriate to use federal resources to target marijuana businesses that are in compliance with state law.”

“I’m not going to go after companies that have relied on Cole memorandum,” Barr replied. “However, we either should have a federal law that prohibits marijuana everywhere, which I would support myself because I think it’s a mistake to back off marijuana. However, if we want a federal approach—if we want states to have their own laws—then let’s get there and get there in the right way.

William Barr to @CoryBooker: We either should have a federal law that prohibits marijuana everywhere, which I would support myself, 'cause I think it's a mistake to back off on marijuana. However, if we want a federal approach, if we want states to have their own laws…" (cont.) pic.twitter.com/EgogMltZsu

Booker, who has sponsored a bill to remove cannabis from the Controlled Substances Act and penalize states where marijuana enforcement is disproportionate, said he was glad to hear Barr’s comment on not taking action against state-legal marijuana businesses.

Sen. Kamala Harris (D-CA) also pressed Barr about his stance on federal marijuana enforcement. She asked whether the nominee intended to use the limited federal funds at his disposal to go after cannabis businesses in compliance with state law.

HARRIS: You do not intend to use fed resources to enforce fed marijuana law in states that have legalized?

BARR: “That’s right. But I think i’s incumbent on the Congress to make a decision as to whether we are going to have a federal system.” pic.twitter.com/owWekY9PqP

“No, I thought I answered that by saying that to the extent that people are complying with the state laws—distribution and production and so forth—we’re not going to go after that,” Barr said. That said, “I think it’s incumbent on the Congress to make a decision as to whether we’re going to have a federal system or whether it’s going to be essential federal law. This is breeding disrespect for the federal law.”

I plan on speaking with him about taking a states' rights approach to regulating the legal marijuana industry in further detail in our meeting prior to his confirmation vote. 2/3

When it comes to Colorado’s legal marijuana industry, states’ rights must be protected. My bipartisan STATES Act respects the will of the people in each state and I will continue to fight to pass this landmark legislation. 3/3

Michael Collins, director of national affairs for the Drug Policy Alliance, told Marijuana Moment that “Barr’s comments on not going after state-legal marijuana are a welcome development, and a break with his predecessor.”

“He should now commit his department to working with Congress on a solution to the state vs. federal conflict, so that we can reform our outdated marijuana laws in a way that is consistent with racial justice values,” Collins said.

Other advocates saw the comments as positive, though one noted that Barr seems to personally opposed marijuana law reform even while he indicated he wouldn’t interfere with the implementation of state laws.

“While it is encouraging that William Barr committed to not enforce federal prohibition, his insistence that he believes in the policy of prohibition is a clear signal that the Department of Justice will continue to be led by an individual who refuses to acknowledge the successful implementation of reforms in states throughout the nation,” Justin Strekal, political director of NORML, told Marijuana Moment.

Also at the hearing, Booker questioned the nominee’s broader views on mass incarceration and racial disparities in the criminal justice system. Barr defended his earlier call for increased incarceration in the 1990s, saying it was made in the context of historically high crime rates and was directed at chronic, violent offenders.

But he also agreed to commission a Justice Department study about racial disparities in the criminal justice system and recognized that harsh penalties for non-violent drug crimes have specifically “harmed the black community—the incarceration rate on the black community.”

Harris also challenged Barr to “take a look at the more recent perspective on the drug crisis that is afflicting our country.”

.@KamalaHarris: There's understanding that the war on drugs was an abject failure. America has an addiction crisis & putting the limited resources of our fed. govt. into locking up people who suffer from a public health crisis is probably not the smartest use of taxpayer dollars. pic.twitter.com/lxC9sNTIsk

She said there’s “now an understanding that the war on drugs was an abject failure, that America frankly has a crisis of addiction and that putting the limited resources of our federal government into up locking people who suffer from a public health crisis is probably not the smartest use of taxpayer dollars.”

A few moments ago I reminded Attorney General nominee William Barr that the War on Drugs has been an abject failure.

America has an addiction crisis and we should be putting our resources toward combatting drug addiction, not locking people up.

One of the last senators to question Barr during the first round, Sen. Thom Tillis (R-NC), also brought up cannabis. He asked whether it was fair to characterize the nominee’s statements as essentially imploring Congress to settle the issue, regardless of where he personally stands on marijuana policy.

This story has been updated to include additional comments from Barr, Booker, Gardner, Harris and Tillis, as well as marijuana policy reform advocates.

Where Trump’s Pick For Attorney General Stands On Drug Policy

Photo courtesy of The Washington Post/YouTube.