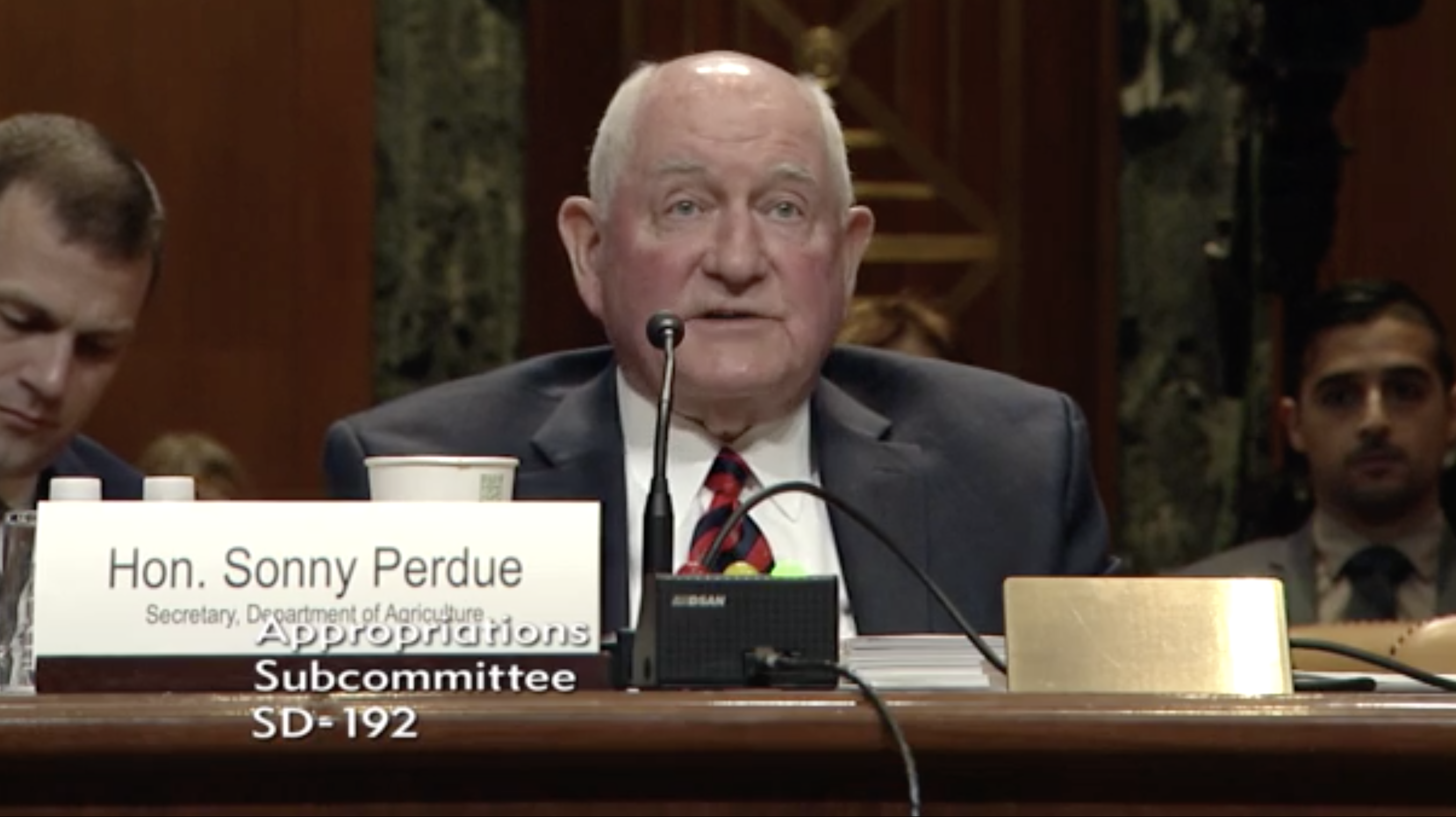 The head of the U.S. Department of Agriculture (USDA) has accepted an invitation to tour hemp farms in Oregon, telling Sen. Jeff Merkley (D-OR) that it would help him learn about the industry as a whole.

In the latest in a series of lawmaker queries about hemp for federal officials during congressional hearings in recent weeks, Agriculture Secretary Sonny Perdue was again pressed on the issue when he appeared before a Senate appropriations subcommittee on Thursday, with two members imploring him to “speed up” the rulemaking process to enact regulations that are required under the 2018 Farm Bill.

Perdue said that he would “love to” expedite the regulations but that the department was currently prioritizing the dairy industry and it was more likely that the rules would be implemented in time for the 2020 planting season.

“This is obviously a new issue. It requires a lot of complexities because of its uniqueness in its product and similarities and things that many states and the federal government considers illegal,” Perdue said, referring to marijuana.

Merkley, the ranking member of the subcommittee, then extended an invitation to join him in Oregon for a “little tour of our hemp industry.”

“I welcome that actually,” Perdue said. “We need to know more about the industry as a whole. I probably know less about that than I do most of the crops, and certainly I would welcome that.”

“There’s no lack of enthusiasm for sure for the CBD oil and the others, and I’m interested really in what the fiber utilization is, because what are all of those industrial uses? Because as productive as an American producer is, I’m fearful that we can crash this market before it gets off the ground,” he said.

Later in the hearing, Sen. Jon Tester (D-MT) asked Perdue if he was able to approve state regulatory plans for hemp and claimed that the Drug Enforcement Administration (DEA) was blocking Montana farmers from importing hemp seeds from Canada because of the 2018 Farm Bill.

Perdue said that farmers are able to continue cultivating the crop under the rules of the prior 2014 Farm Bill that allowed limited research programs focused on hemp while the department develops new regulations for a commercial market. USDA is currently accepting state regulatory plans, he said, and it’s “news to me” that the DEA is interfering in hemp seed imports.

A spokesperson for DEA told Marijuana Moment that she was unaware of any ongoing involvement by her agency in hemp imports, noting that the 2018 Farm Bill removed hemp and hemp-derived products from the Controlled Substances Act and shifted regulatory responsibility for the crop from the Justice Department to USDA. The crop is “not our problem” anymore, the spokesperson said.

During the hearing, Tester also complained that, without USDA regulations in place, individuals can’t develop various aspects of the hemp market and he touted the longevity of hemp materials.

“I have a hemp hat that I’ve been trying to wear out for 20 years that I got out of Canada,” Tester said. “You can’t wear the stuff out.”

Perdue made similar comments about the timeline for USDA hemp regulations when asked about it during a House appropriations subcommittee hearing on Tuesday.