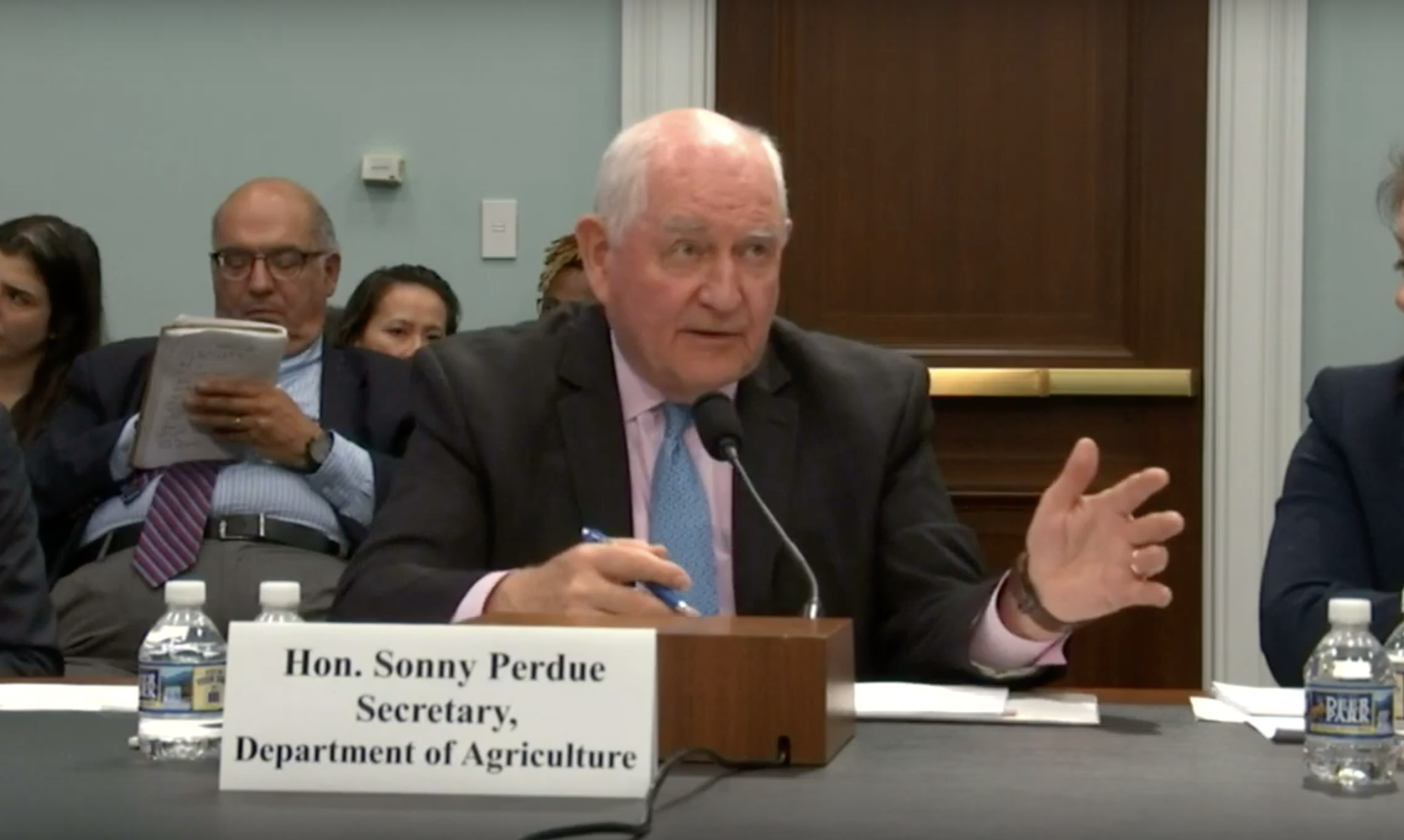 The head of the U.S. Department of Agriculture said on Tuesday that there’s significant interest in the federal government’s regulatory plans for industrial hemp, and he attributed some of that enthusiasm to CBD oil and hemp’s relationship to marijuana.

“You’re correct in there’s a lot of excitement and interest,” Agriculture Secretary Sonny Perdue told Rep. Barbara Lee (D-CA), who asked about the department’s timeline for implementing hemp legalization provisions of the 2018 Farm Bill. “It’s probably created as much interest as anything in the Farm Bill—maybe because it’s new or it’s CBD oil and it’s all the new fad of medicine in that regard.”

“It probably has a little bit of allure because the plant is very, very similar to its federally illegal cousin, the high-THC marijuana plant,” he said.

But in terms of a timeline for when USDA will release its rules and regulations for manufacturing and marketing hemp and hemp-derived products, Perdue said the agency is “not expediting this” and is “taking this slow.”

The 2018 Farm Bill federally legalized hemp, shifting regulatory responsibility for the crop from the Justice Department to USDA. But it will still take time before USDA is able to approve state regulatory plans and develop its own standards. Perdue said he expected the rules to be completed with “plenty of time for the 2020 planting season.”

“States will still have a primary responsibility in the regulation of that,” he said. “They are submitting their applications to USDA now.”

“Our goal is to have them out with plenty of time for the 2020 planting season, where we approve the state lands and the states will provide fees for participating, and they will be the primary regulator of the federal rules in that regard,” he said.

If USDA runs into any difficulties along the way, Senate Majority Leader Mitch McConnell (R-KY), who led the charge on the hemp legalization provision, said on Monday that he was open to introducing standalone legislation to resolve any “glitches” in the process.

McConnell and Sen. Ron Wyden (D-OR) sent a letter to Perdue in February imploring the department to develop and implement hemp regulations “expeditiously.” The senators said the regulations should provide for the lawful interstate shipment of hemp and access to banking services.