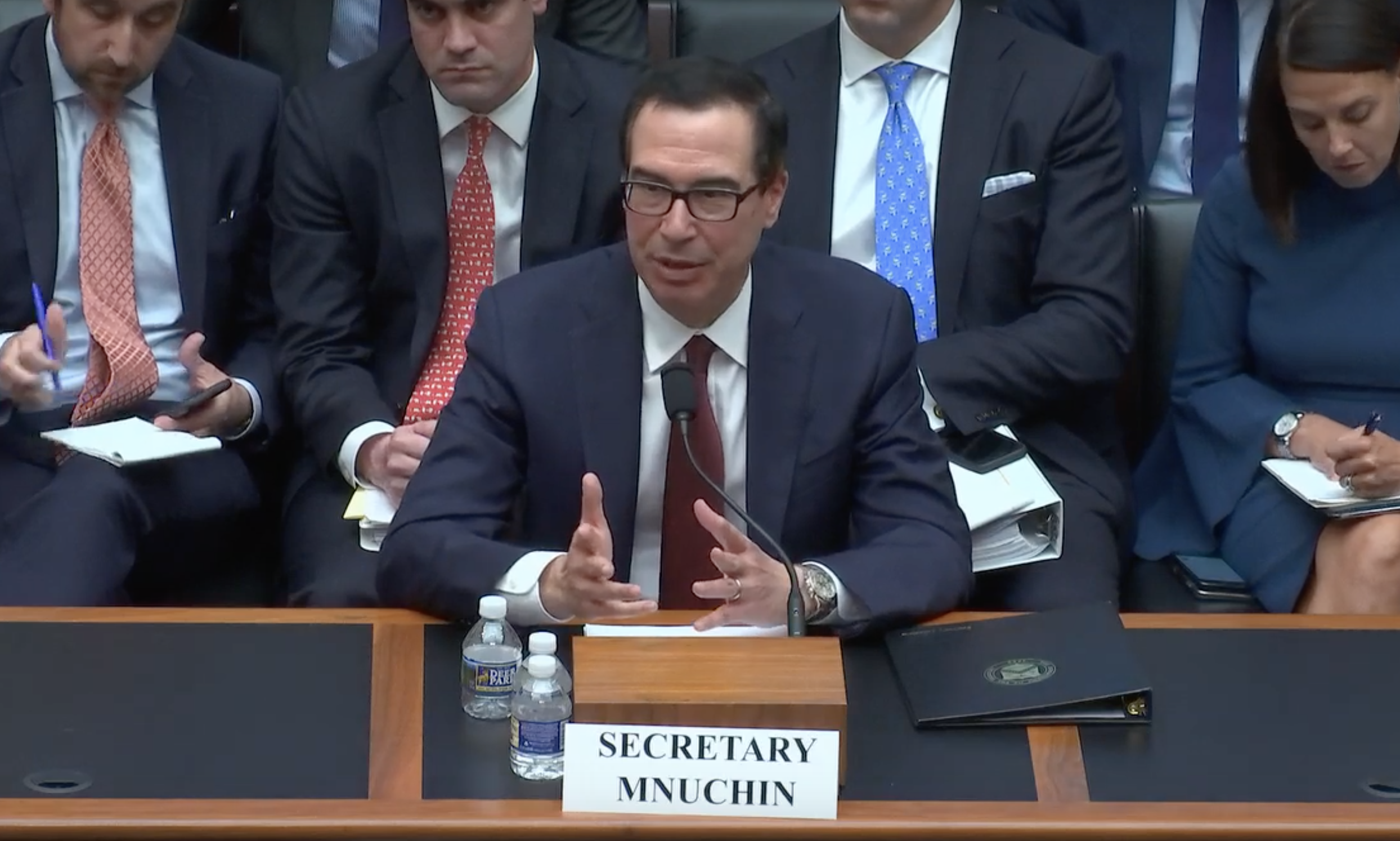 Two top Trump administration officials said this week that they will review pieces of bipartisan marijuana legislation that are relevant to their respective departments.

Treasury Secretary Steven Mnuchin pledged on Tuesday to take a look at a banking bill that would enable financial institutions to service cannabis businesses. While the official said he’s not familiar with the legislation, he acknowledged that the existing system—which leaves many marijuana companies operating on a largely cash-only basis—is a “significant issue.”

“I’m not going to make a comment on what the policy should be,” Mnuchin said. “There is a problem that there is a conflict between the federal law and state law.”

Rep. Brad Sherman (D-CA) asked Mnuchin to review the Secure and Fair Enforcement (SAFE) Banking Act and consider endorsing it within two weeks. The official said he’d be “happy to review it and my staff will follow up.”

The SAFE Banking Act was approved by the House Financial Services Committee in a bipartisan vote of 45 to 15 last month, with floor action expected in the coming weeks.

While Treasury considers that bill, Attorney General William Barr said on Wednesday that the Justice Department is already looking into the Strengthening the Tenth Amendment Through Entrusting States (STATES) Act, another piece of bipartisan marijuana legislation that would protect states that have legalized cannabis from federal intervention.

The bill is being circulated throughout the department “for comment,” and Barr told Sen. Lisa Murkowski (R-AK) during a hearing that after that feedback is submitted, “we’ll be able to work with you on any concerns about the STATES law.”

He added that he would “much rather that approach—the approach taken by the STATES Act—than where we currently are” in terms of conflicting federal and state cannabis policies, though his ultimate preference would be to ban marijuana across the country.