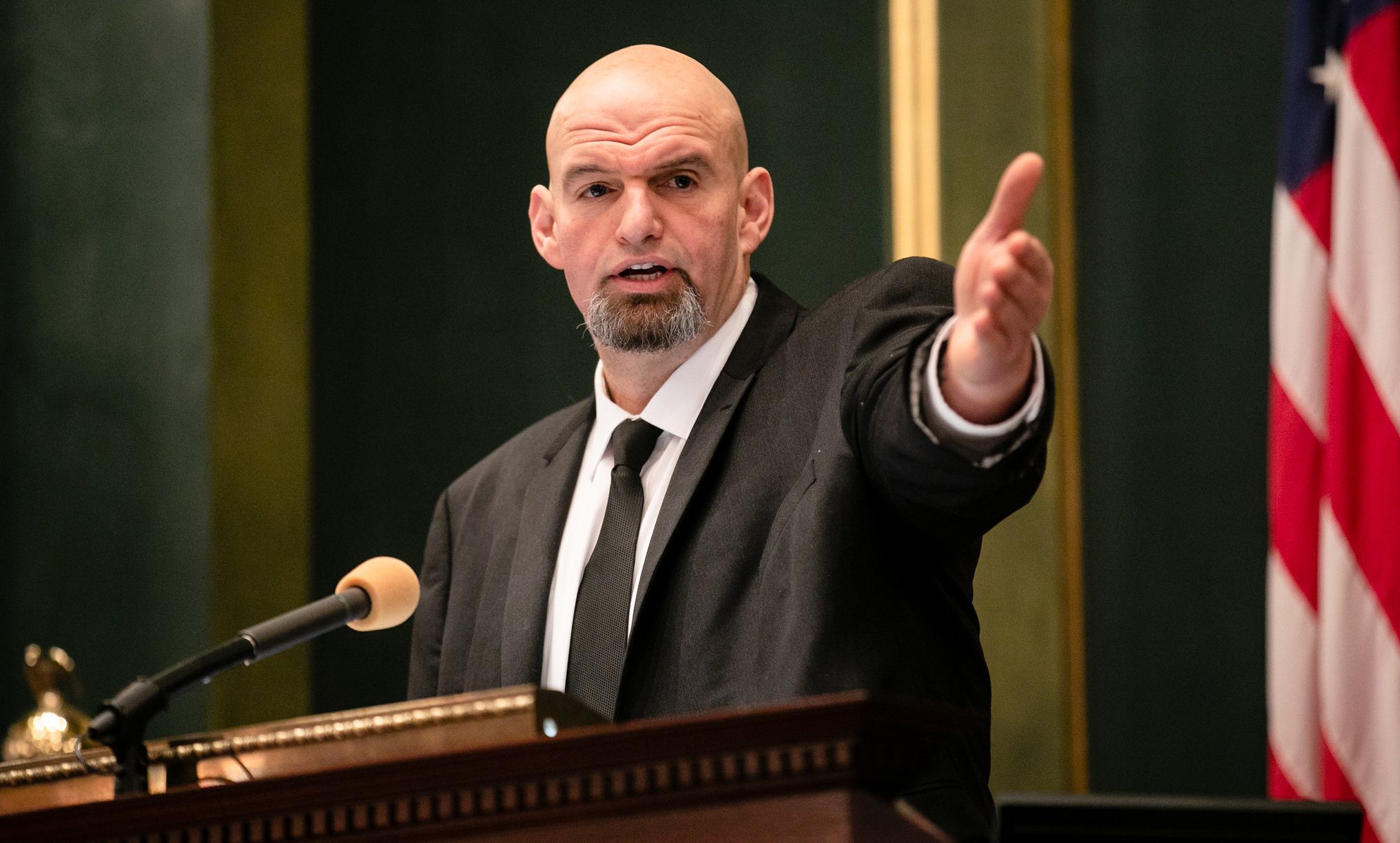 The firebrand lieutenant governor of Pennsylvania—a longtime advocate for marijuana legalization—announced on Friday that he is formally exploring a run for the U.S. Senate in 2022.

In a phone interview prior to the Senate announcement this week, Lt. Gov. John Fetterman (D) spoke to Marijuana Moment about his push to legalize cannabis in the state, plans to potentially issue mass pardons for prior marijuana convictions and his decision to hang a new cannabis flag at his Capitol office in defiance of a opposition from Republican lawmakers.

If he succeeds in a Senate run, it could help solidify the Democratic majority in the chamber with a member who champions marijuana reform. He would be replacing Sen. Pat Toomey (R), who is not seeking a third term but who has expressed openness to advancing legislation to protect banks that service the cannabis industry as the incoming chair of the Banking Committee.

On his campaign website, Fetterman touts his role in leading a listening tour across the state to solicit public input on legalization. He noted that, following his efforts, Gov. Tom Wolf (D) “announced his support for legalization for the first time.”

In a tweet on Friday, the lieutenant governor pledged “Legal Weed for USA + ending the War on Drugs.”

Every one of PA’s 67 counties matter.

Forgotten communities + neighborhoods must be rebuilt.

Legal Weed for USA + ending the War on Drugs.

Pennsylvania needs a United States Senator that knows this is True too.

He also touted his work to “legalize weed for jobs, justice, veterans, farmers and revenue” in a fundraising email.

New: In an email he's about to send to his supporters, Pa. Lt. Gov. John Fetterman says, "I wanted you to be one of the first to know that I'm taking a hard look at running to represent Pennsylvania in the U.S. Senate."

He cites a $15 minimum wage, "health care for all," weed. pic.twitter.com/WwhEHVRY8V

But even as he weighs a possible run for federal office, Fetterman is dedicated to advocating for reform at the state level.

Earlier this week, he erected a new marijuana flag over the Pennsylvania Capitol building as lawmakers were sworn in ahead of the 2021 legislative session. And it’s also waving as the governor’s office weighs possible means of issuing mass pardons for prior cannabis convictions.

The activist decor comes in defiance of a budget rider approved by the state’s GOP-controlled legislature that explicitly prohibits flags from being flown on Capitol grounds other than the American flag, state flag or ones honoring missing soldiers.

That component was specifically added in protest of Fetterman’s cannabis and LGBTQ flags, which he started hanging over his office balcony in Harrisburg last year. He says he won’t take them down until the state enacts reform.

It remains to be seen when that will happen. Despite Fetterman and Wolf’s support for legalization and the pressure they’re applying on lawmakers, convincing the Republican legislative leaders to go along with the plan remains a challenge.

“Prohibition is so much more work than just admitting that you were wrong about weed and just evolving,” Fetterman told Marijuana Moment. “We’re going to get there. There’s never going to be a time when that’s not true. It’s inevitable. They know it, I know it, everyone knows it.”

Pursuing reform through the governor’s budget request is a possibility, he said, but in the meantime the administration is exploring the constitutionality of issuing “wholesale pardons for certain marijuana convictions and charges.”

Activists with Montco NORML and Terravida are also helping to facilitate pardons by repurposing newspaper containers around the state and filling them with clemency applications. Fetterman said “it’s a great idea on every level.”

“It’s repurposing something that’s not going to be used anymore. It is a visible reminder of the oppression of this superstition about having a plant be illegal,” he said. “And it also is very useful because people need to get rid of these stupid weed convictions on their records, and we have an expedited pardons program in Pennsylvania. It’s great.”

But beyond the activist-led distribution of individual applications for clemency, the lieutenant governor said the administration is “examining the constitutionality” of issuing mass pardons. “If constitutionally we can do wholesale pardons for certain marijuana convictions and charges, we’re gonna do that.”

“We want full legalization. I mean, that’s really the net goal,” Fetterman added. “In the meantime, we’re gonna keep pushing, quite frankly. And no pun intended, but I love grassroots stuff like this where they take something and they make it visible, they make it smart, they repurpose something. There’s just nothing not to love about that.”

Also in the meantime, the official said there will be a push for other reforms such as enacting decriminalization and allowing medical cannabis patients to cultivate their own marijuana.

Since adopting a pro-legalization position in 2019, Wolf has repeatedly called on the legislature to enact the policy change. He’s stressed that stressed that marijuana reform could generate tax revenue to support the state’s economic recovery from the coronavirus pandemic and that ending criminalization is necessary for social justice.

In September, he took a dig at the Republican-controlled legislature for failing to act on reform in the previous session. And in August, he suggested that the state itself could potentially control marijuana sales rather than just license private retailers as other legalized jurisdictions have done.

Fetterman previously said that farmers in his state can grow better marijuana than people in New Jersey—where voters approved a legalization referendum in November—and that’s one reason why Pennsylvania should expeditiously reform its cannabis laws.

He also hosted a virtual forum where he got advice on how to effectively implement a cannabis system from the lieutenant governors of Illinois and Michigan, which have enacted legalization.

Shortly after the governor announced that he was embracing the policy change, a lawmaker filed a bill to legalize marijuana through a state-run model.

A majority of Senate Democrats sent Wolf a letter in July arguing that legislators should pursue the policy change in order to generate revenue to make up for losses resulting from the COVID-19 pandemic.