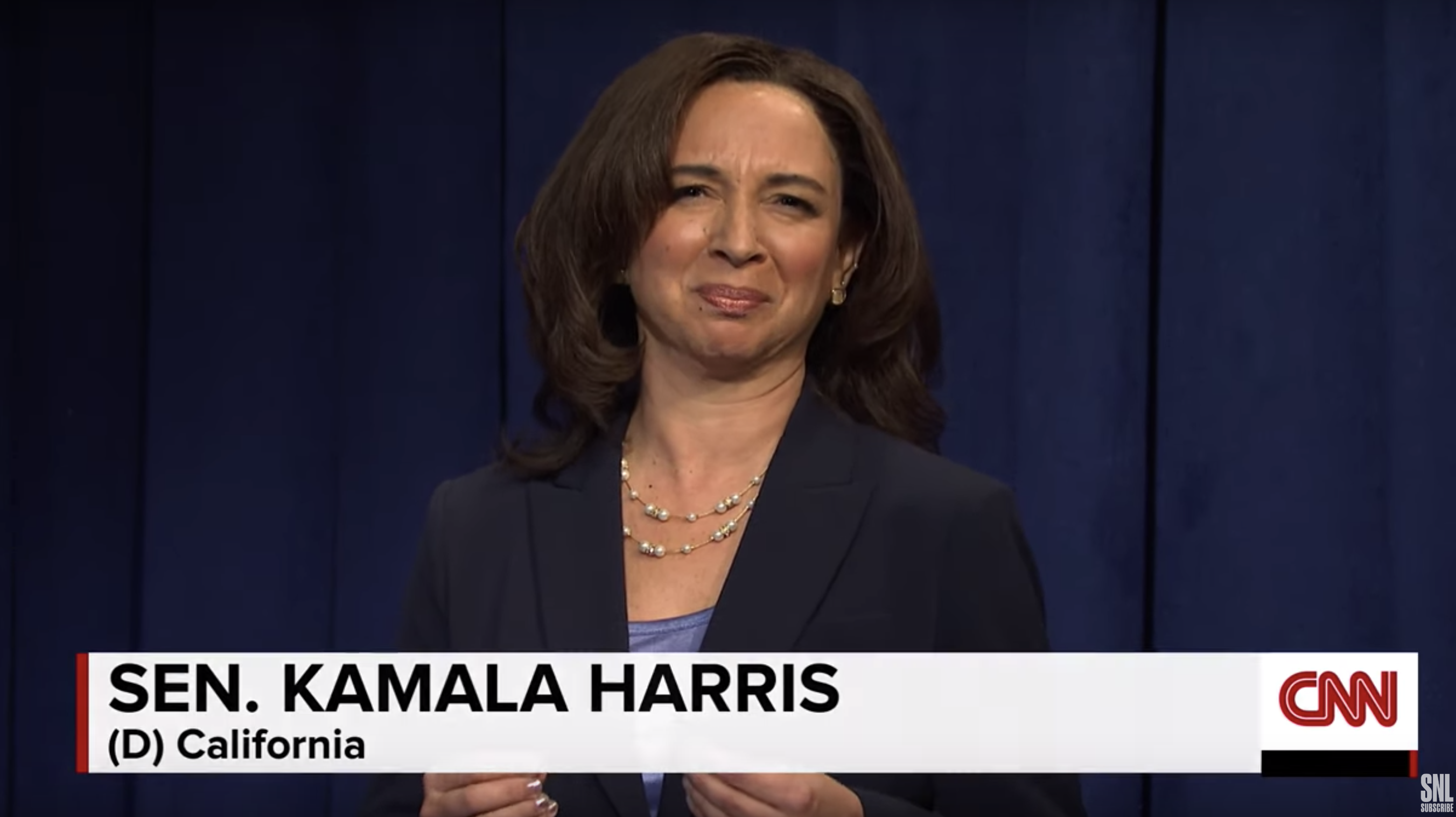 During a parody of a Democratic presidential debate, the 2020 contender, played by actress Maya Rudolph, delivered an opening statement that touched on her history of prosecuting marijuana cases as San Francisco’s district attorney.

“I’m also America’s cool aunt. A fun aunt,” the Harris character says. “I call that a ‘funt’—the kind of funt that will give you weed but then arrest you for having weed.”

While Harris has leveraged her record as a prosecutor to make the case that she’s the best suited candidate to take on President Trump, reform advocates have criticized her for overseeing the processing of cannabis convictions as a local district attorney and later as state attorney general.

She particularly rankled legalization supporters by laughing at a reporter’s question on the issue in 2014 instead of providing a substantive response.

The senator has evolved considerably on the issue and has since sponsored comprehensive legalization legislation in Congress and made marijuana reform a key feature of her presidential campaign. But some of her Democratic opponents haven’t let her off easy on the cannabis question.

At an actual presidential debate in July, Rep. Tulsi Gabbard (D-HI) said Harris “put over 1,500 people in jail for marijuana violations and laughed about it when she was asked if she ever smoked marijuana,” referring to an interview the candidate gave this year where she discussed her past cannabis use.

(According to The Mercury News, only 45 of the nearly 2,000 people convicted of marijuana offenses while Harris was a local prosecutor received prison time.)

“We have presidential candidates and congresspeople and senators that now talk about their marijuana use almost as if it’s funny,” he said in March. “But meanwhile, in 2017, we had more arrests for marijuana possession in this country than all the violent crime arrests combined.”

While the current Democratic frontrunner, former Vice President Joe Biden, has arguably had a more consequential impact as a senator by helping to enact punitive drug laws that have contributed to mass incarceration nationwide, the Saturday Night Live skit shows that for Harris in particular, her anti-marijuana reputation is going to be hard to shake regardless of how much her position has changed over time.

Harris joked about part of Rudolph’s portrayal of her in a tweet on Sunday but didn’t mention the cannabis quip.

That girl being played by @MayaRudolph on @nbcsnl?

That girl was me. pic.twitter.com/btmrzJnm6u