Fans of e-sports, the UFC and racing are the most likely to use marijuana or CBD, according to a survey released on Friday. The least cannabis-friendly sports fans are those who watch baseball, golf and football.

The poll, conducted by Morning Consult, breaks down how common cannabis consumption is among 14 groups of self-identified sports fans. 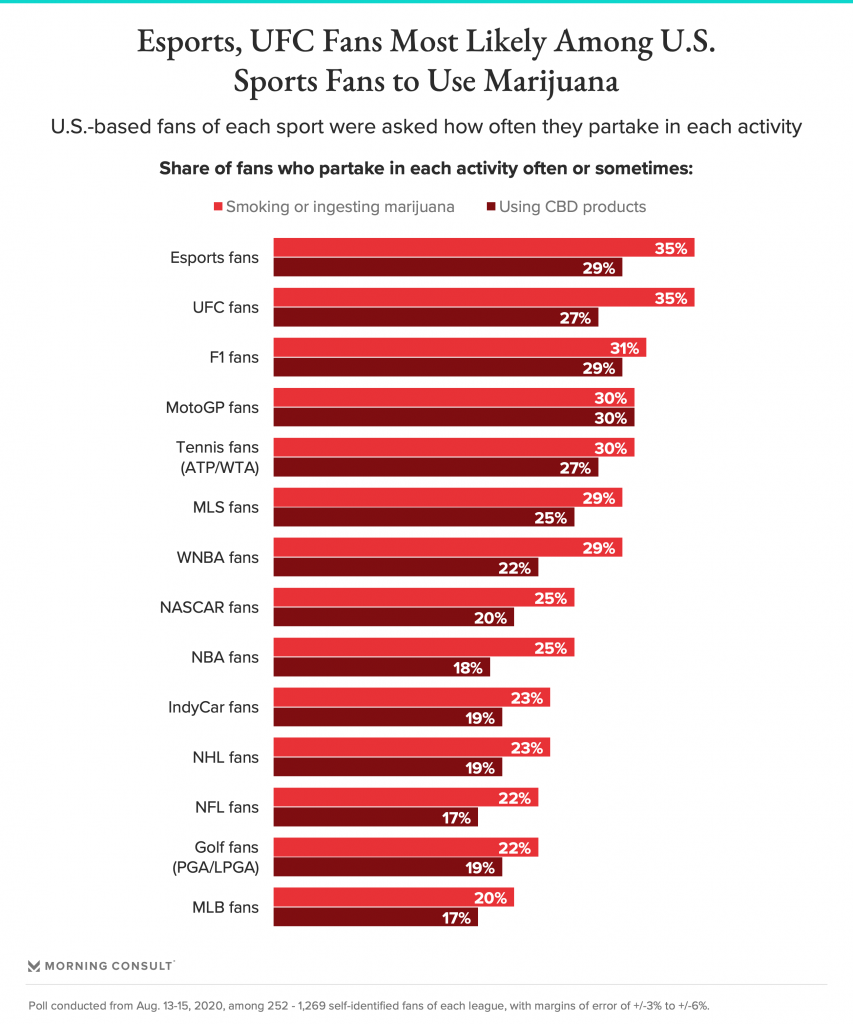 The survey involved 1,269 U.S. participants and was conducted from August 13-15.

Interestingly, while golf enthusiasts are among the least frequent cannabis consumers, the PGA is one of only two leagues that allows CBD sponsorships, according to Morning Consult. The other is IndyCar racing. No leagues included in the survey permit marijuana sponsorships, though all allow alcohol and gambling marketing. 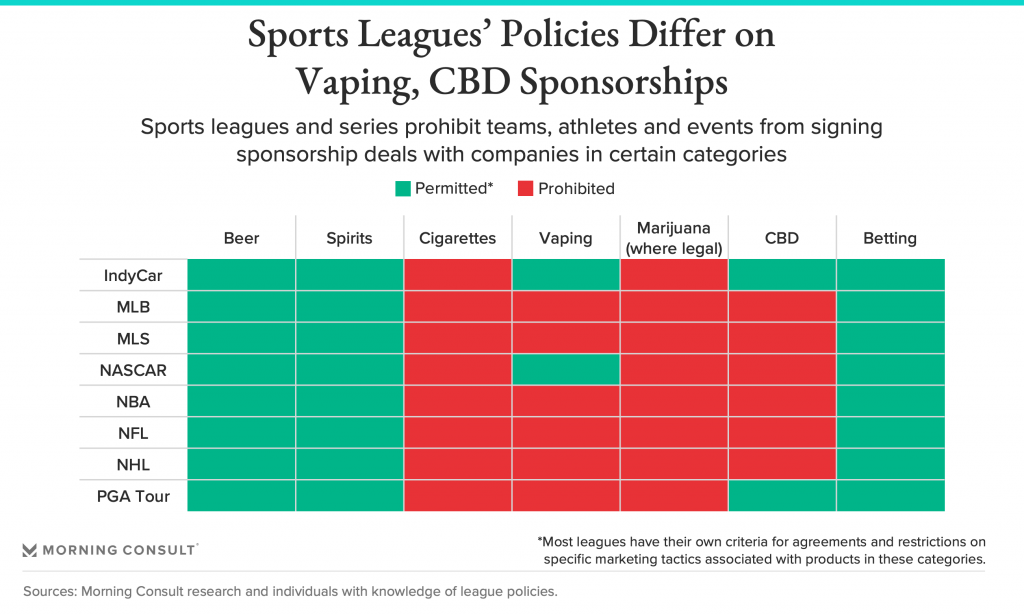 “Despite marijuana being legal in 11 states, its classification as an illegal Schedule I drug by the United States government is a non-starter for the leagues,” Morning Consult said. “While some properties might be reluctant to associate with marijuana regardless of its legal status, the quick rush of leagues and teams to do business with betting companies following the Supreme Court’s 2018 reversal of the Professional and Amateur Sports Protection Act showed how quickly taboos can change.”

This new poll comes as many professional sports leagues are looking at internal marijuana and CBD policies for players.

Earlier this year, the MLB announced that players would not longer be tested for cannabis, though they’re barred from being sponsored by marijuana companies.

The head of the NBA’s players union joined the board of a major marijuana company in June at the same time reports surfaced that players will not be tested for cannabis and other recreational drugs, at least on a temporary basis.

The World Anti Doping Agency said in 2017 that athletes can use CBD, and it also recently increased its allowable limit on THC metabolites.

Over at PGA, the association warned players last year that some CBD products may contain THC, which is still prohibited by the league.