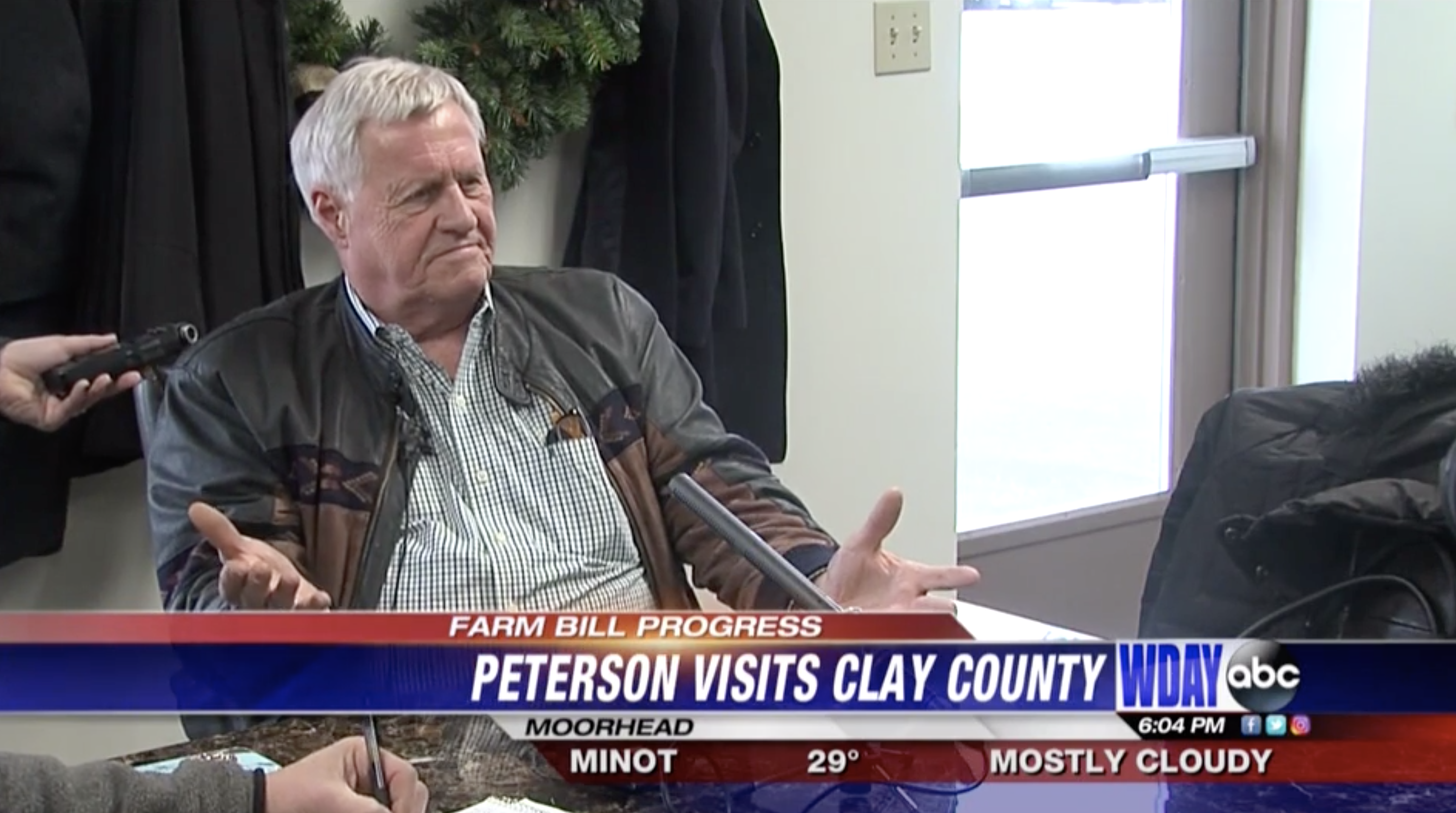 The incoming chair of the U.S. House Agriculture Committee is considering growing hemp on his own farm after the passage of the Farm Bill, which contains provisions to legalize the crop.

“I may grow some hemp on my farm. I’m looking at it,” Rep. Collin Peterson (D-MN) told Minnesota Public Radio on Monday. “There’s a big market for this stuff that we’ve been ceding to Canada and other places.”

Paterson, who is expected to take over the chairmanship of the agriculture panel when Democrats seat their majority in the next Congress beginning in January, also told ABC affiliate WDAY that he recently received a visit from a Colorado hemp farmer who explained “how they plant it, how they harvest it.”

While the House version of the Farm Bill didn’t include industrial hemp legalization, unlike the Senate-passed legislation, it was adopted into the final conference committee version, top lawmakers confirmed last week. The text of the legislation won’t be released until the Congressional Budget Office finalizes its analysis of the bill’s costs.

Still, leaders in the House and Senate are aiming to put it to a floor vote before the end of the year, potentially as early as next week.

Senate Majority Leader Mitch McConnell (R-KY), who championed the hemp legalization provision, has repeatedly emphasized that U.S. farmers are being left out of the lucrative and multifaceted hemp industry due to the crop’s current status as a federally controlled substance.

Under the Farm Bill, hemp would no longer be in the Justice Department’s jurisdiction; instead, it would be lightly regulated by the U.S. Department of Agriculture.

Peterson might be able to legally cultivate and sell hemp if the legislation passes, but it’s still yet to be seen whether individuals with prior felony drug convictions will have the same freedom. A controversial late amendment in the Senate version would ban such individuals from participating in hemp industry, but it’s not yet clear if that provision will ultimately included in the final version that is sent to President Trump’s desk.

Hemp Legalization Is Officially In The Final Farm Bill