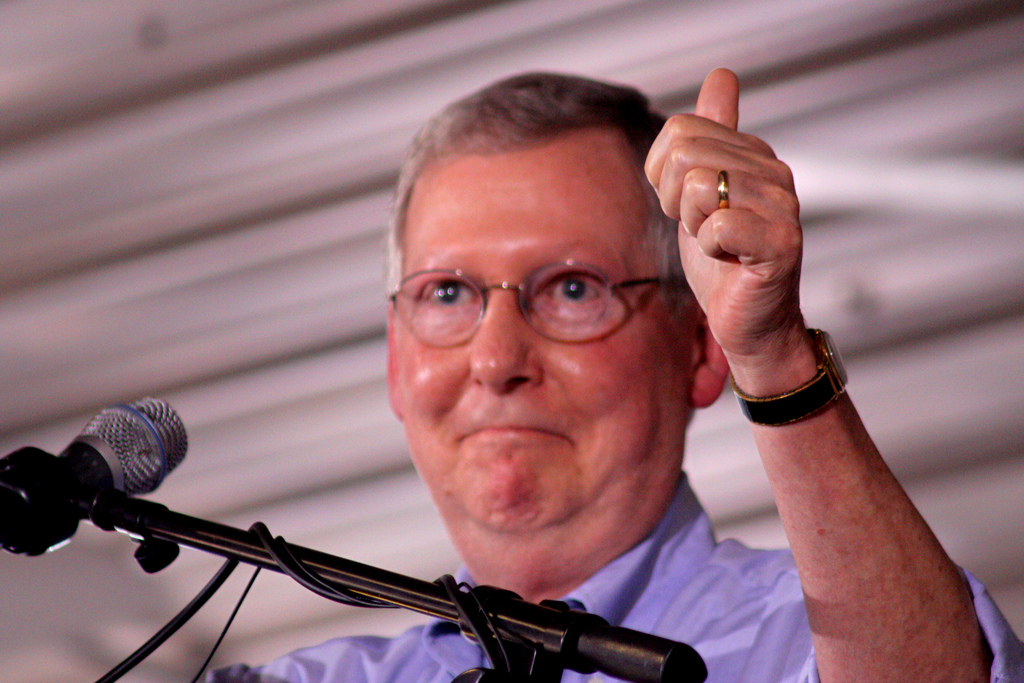 U.S. Senate Majority Leader Mitch McConnell (R-KY) just can’t stop talking about how much he wants to legalize hemp, and he just did it again.

“Since the 1970s, except in a few limited cases, American farmers have not been able to grow industrial hemp in their fields,” he said in a Senate floor speech on Wednesday. “That doesn’t mean consumers aren’t buying hemp. Far from it. Hemp is in everything from health products to home insulation.”

“The global market for hemp is estimated to consist of more than 25,000 products. According to one estimate, back in 2016, U.S. retail sales of hemp products totaled approximately $688 million.”

The GOP leader was addressing the Farm Bill, a wide-ranging agriculture and food policy piece of legislation that he inserted hemp legalization language into. The bill is expected to be voted on by the Senate this week.

“I’m most excited about a provision in this bill that will clear the way for the legal farming of industrial hemp by removing current roadblocks that prevent farmers in Kentucky and around the country from capitalizing on this promising crop,” he said.

“American consumers are buying hemp but thanks to heavy-handed regulation, the only option at scale is importing hemp from foreign producers. Enough is enough.”

“We have merely scratched the surface of the countless benefits that come from this plant,” McConnell said. “Hemp will be a bright spot for our future. It’s full of economic potential for Kentucky and the nation.”

It is the second day in a row that McConnell spoke about hemp on the Senate floor.

Senate Majority Leader Mitch McConnell on the floor this morning:

"I’m particularly excited about the provision that would empower farmers to begin cultivating industrial hemp, a crop that could play a key role in going forward in Kentucky’s economy and the nation’s." pic.twitter.com/KSePIjZ226

The Senate Committee on Agriculture, Nutrition and Forestry approved the Farm Bill with an overwhelming bipartisan vote last month.

Learn about its hemp provisions here: