The New Hampshire House again voted in favor of a bill to legalize marijuana on Thursday, sending the legislation to the Senate.

If the proposal is enacted into law, adults 21 and older would be able to possess, consume, cultivate, gift and purchase cannabis from licensed retailers under the bill. A governor-appointed commission would be responsible for developing regulatory policies and issuing the licenses.

Another provision included in the legislation would give individuals with prior convictions for marijuana possession or cultivation the ability to get their records cleared.

The House voted 200-163 to pass the bill. That does not represent a veto-proof majority, which could come into play if the legislation gets to the anti-legalization governor’s desk. 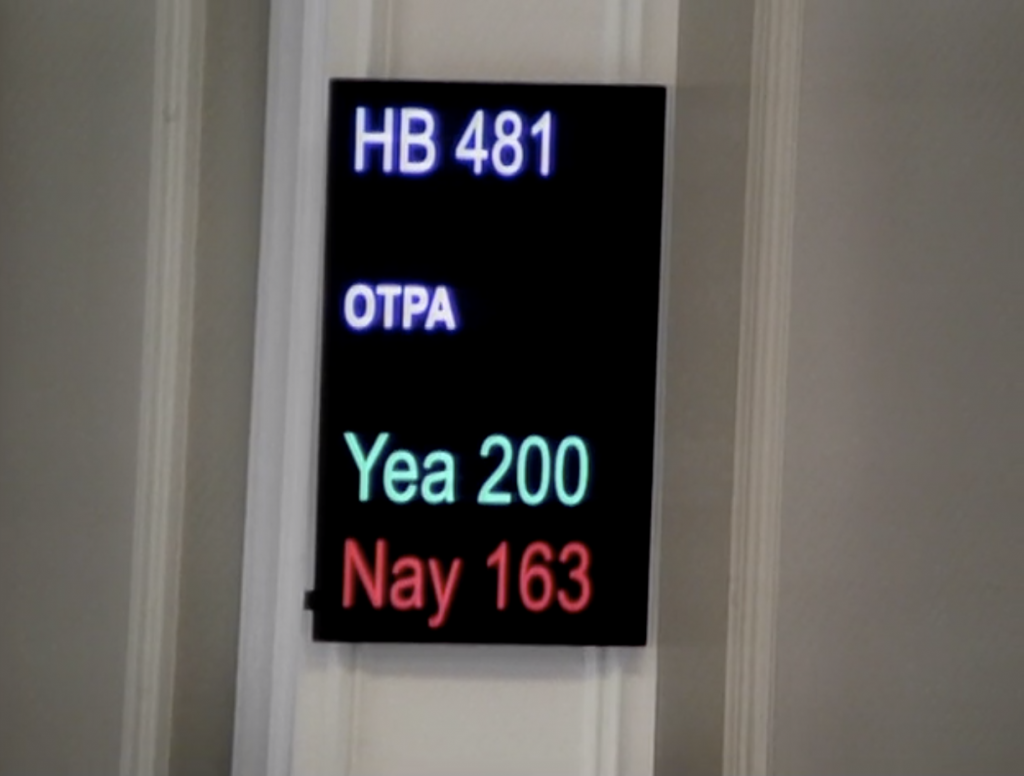 Rep. Richard Ames (D) said before the vote that “prohibition has not and does not work” and “has fostered an illegal and profoundly harmful black market.”

The vote comes one week after the legislation cleared the Ways and Means committee, where past attempts to legalize have ultimately stalled or been rejected. The committee recommended the bill’s passage after the full House had already taken an initial vote in favor of the legislation in February.

Last year, the full House approved non-commercial legalization legislation, but it died in the Ways and Means committee.

“The House should be applauded for seeking to end New Hampshire’s unfortunate status as an island of prohibition in a sea of freedom,” Matt Simon, New England political director for the Marijuana Policy Project, told Marijuana Moment. “Next, advocates will face the difficult task of trying to convince the Senate to stand up for sensible cannabis policies.”

There was some discussion about the tax rate during the session, with one lawmaker changing his previous “yes” vote to a “no” because he opposed how cannabis would be taxed. In response, Rep. Max Abramson (R) said that taxpayers are already losing money supporting a criminal justice system that penalizes marijuana consumers.

“Why should those who refrain from marijuana pay for the cost of its use?” he asked. “Let the users pay their own way.”

Although Gov. Chris Sununu (R) signed a bill to decriminalize cannabis possession in 2017, he opposes broader legalization and has indicated that he’d veto the bill if it arrives on his desk. That said, House Speaker Steve Shurtleff (D) believes that supporters in his chamber could end up getting the votes to potentially override a veto, and that may be the case in the Senate as well.

The Senate vote “won’t be easy, but more and more legislators are coming around to the understanding that prohibition has failed, and the Granite State is more than ready to proceed with a new approach,” Simon said.

Marijuana reform has been a hot topic in the region this session, with lawmakers working to legalize cannabis in New York, New Jersey, Connecticut and Vermont (for commercial sales). But so far, the U.S. territory of Guam is the only jurisdiction in the country to legalize marijuana in 2019.