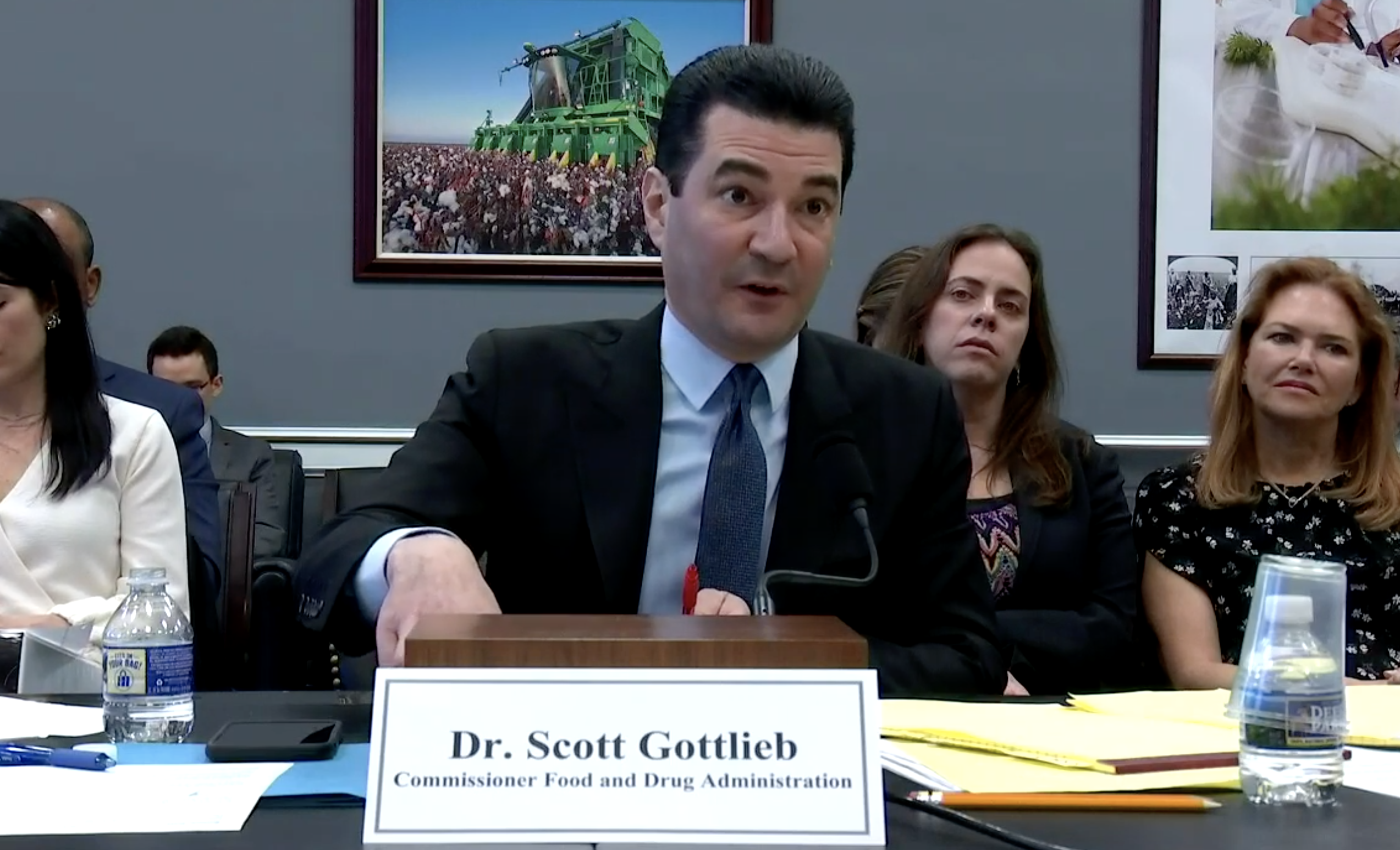 The head of the Food and Drug Administration (FDA) said on Wednesday that the agency is taking a “risk-based approach” to enforcing current CBD regulations while it continues to pursue alternative pathways that would allow for its lawful marketing.

During one of his last days as FDA commissioner, Scott Gottlieb appeared before a House appropriations subcommittee and was asked by two members—Reps. Barbara Lee (D-CA) and Andy Harris (R-MD)—about the agency’s plans for regulating CBD derived from hemp, which was federally legalized under the 2018 Farm Bill.

Gottlieb repeated to Lee what he’s said at multiple hearings this year: while he recognized that Congress intended to allow the marketing of CBD products, FDA is still responsible for regulating it, and because it exists as an approved drug and hasn’t been previously introduced to the food supply, the agency has to develop a unique regulatory model that may take years to complete.

“That’s the conundrum here,” he said. “We don’t have a really modern proxy for where this has happened. That doesn’t mean we can’t create such a framework.”

Part of the solution to that “conundrum” will be gathering input from stakeholders at a public meeting scheduled for May 31.

Harris focused less on FDA’s regulatory plans and more on enforcement actions against companies that are already selling CBD products. He voiced concerns about the proliferation of CBD marketing online and in grocery stores, where he said there are no age restrictions to purchase the products.

The commissioner pushed back against the congressman’s suggestion that FDA wasn’t taking action against these companies and said that the agency has “taken enforcement action,” noting that it recently sent warning letters to three CBD companies who made unsanctioned claims about the therapeutic benefits of their products.

“We’re taking a risk-based approach where we’re going after places where CBD is being marketed in situations where we think the claims are either misleading to the point of encouraging a patient to forgo otherwise effective therapy for a medical condition or being marketed in a formulation and in a dose that’s at a level that creates significant safety concerns,” he said.

He also explicitly referenced reports that pharmacy chains CVS and Walgreens are moving to sell CBD products, noting that he expressed concerns about the prospect.

“We now see big box stores seeking to market CBD products for some uses where the claims seem to be potentially over-the-top claims for the treatment of pain, for example,” Gottlieb said. “We’re not allowing this. What’s happening is we see a burgeoning market and we can’t boil the ocean, so we’re trying to take a risk-based approach to our enforcement like we do on all matters.”

The hope is that taking “selective enforcement actions,” legitimate CBD manufacturers and retailers will voluntarily comply with existing FDA regulations on the substance as the agency works to create new regulations, per the will of Congress.

Also during the hearing, Rep. Chellie Pingree (D-ME), who has pushed FDA on CBD issues, thanked Gottlieb for being so responsive to her concerns during his tenure.

There's been substantial disruption in the hemp market in #Maine + nationwide due to the regulatory limbo that #CBD products are in. In @AppropsDems committee, I thanked departing Commissioner @SGottliebFDA for taking this issue seriously + scheduling a public mtg on May 31. pic.twitter.com/iU8RJvbW0x