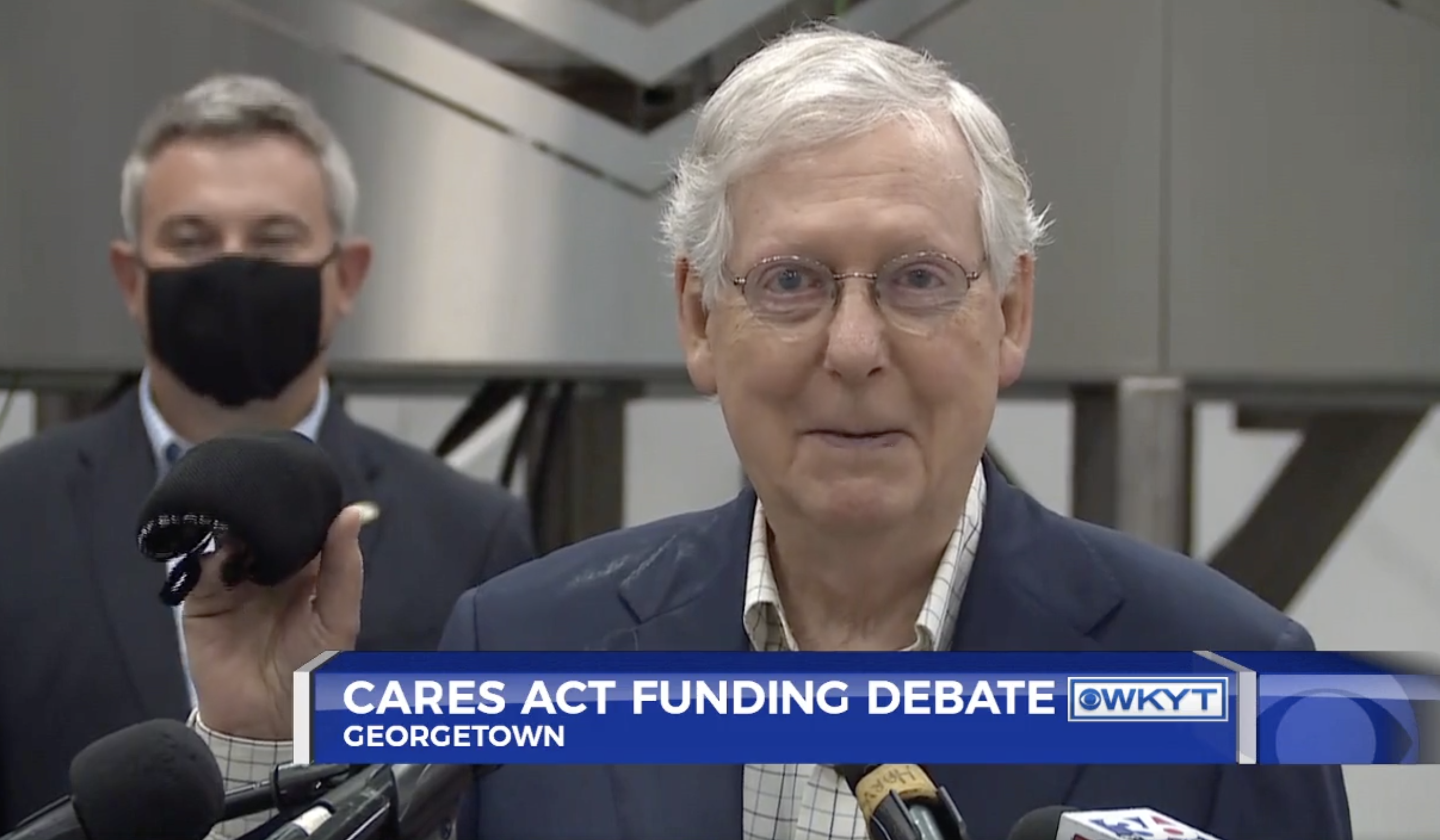 Senate Majority Leader Mitch McConnell (R-KY) is urging Americans to wear face masks to prevent the spread of coronavirus—and he wants those coverings to be made of hemp.

During an event at the Kentucky-based hemp company Ecofibre on Monday, McConnell talked about the challenges the burgeoning market for the newly legal crop has faced, especially amid the pandemic, but he said it represents a viable commodity that is bolstering the economy.

Ecofibre, which is producing hemp face masks, is an example of how businesses are innovating since the crop’s federal legalization under the 2018 Farm Bill, the majority leader said.

“We’re gonna need a massive number of doses [of a vaccine for COVID-19]—not just for our country but for the entire world. The coronavirus is not gone. And in the meantime, I recommend a hemp mask as one of the best,” he said, adding that the company “adapted to the pandemic situation and produced products that were helpful.”

Hemp “had a great history in Kentucky,” the majority leader, who also promoted a hemp-made pen last year, said. He added that the industry is “meeting a number of different startup challenges.”

From homegrown hemp masks to distilleries making hand sanitizer, Kentuckians are leading by example. We’re going to keep working together to beat this virus. pic.twitter.com/ll44Cdk9k5

“Even though we’ve had some rough patches here at the beginning of the comeback of hemp in Kentucky, it does have a future,” he said. “There’s some challenging issues that we were confronting even before the pandemic.”

Sen. Cory Gardner (R-CO) similarly said in March that the marijuana and hemp industries in Colorado are helping the fight against the coronavirus pandemic by donating protective equipment and developing cotton swabs for medical tests.

During his visit to the Kentucky hemp company, McConnell also talked about the passage of coronavirus relief legislation earlier this year, touting the fact that Ecofibre was able to obtain $1.2 million through the federal program to stay in business. But he also criticized a subsequent package approved in the House that he said is “full of a whole lot of things that were unrelated to the coronavirus.”

Watch McConnell’s full comments on hemp and coronavirus relief in the video below, starting around 26:30:

Notably, he didn’t explicitly mention the marijuana banking provisions included in that bill as he’s done several times in recent weeks. The House-passed legislation would protect banks that service state-legal cannabis businesses from being penalized by federal regulators—something McConnell has characterized as non-germane, though he’s focused largely on diversity reporting components for the market.

The majority leader said on the Senate floor earlier this month that House Speaker Nancy Pelosi (D-CA) is “still agitating for strange, new special interest carve-outs for the marijuana industry and even claiming they are COVID-related.”

Senate leadership unveiled their latest round of coronavirus relief legislation last month, and it does not include the cannabis provisions. And given McConnell’s particular focus on those components, it seems likely that any attempt to get the language inserted in a bicameral conference will be met with resistance on the Senate side.

Last month, a bipartisan coalition of state treasurers sent a letter to congressional leaders, asking that they include marijuana banking protections in the next piece of coronavirus relief legislation. Several of the group’s Democratic state treasurers renewed that call last week in the face of attacks on the issue from McConnell, Vice President Mike Pence and other Republicans.