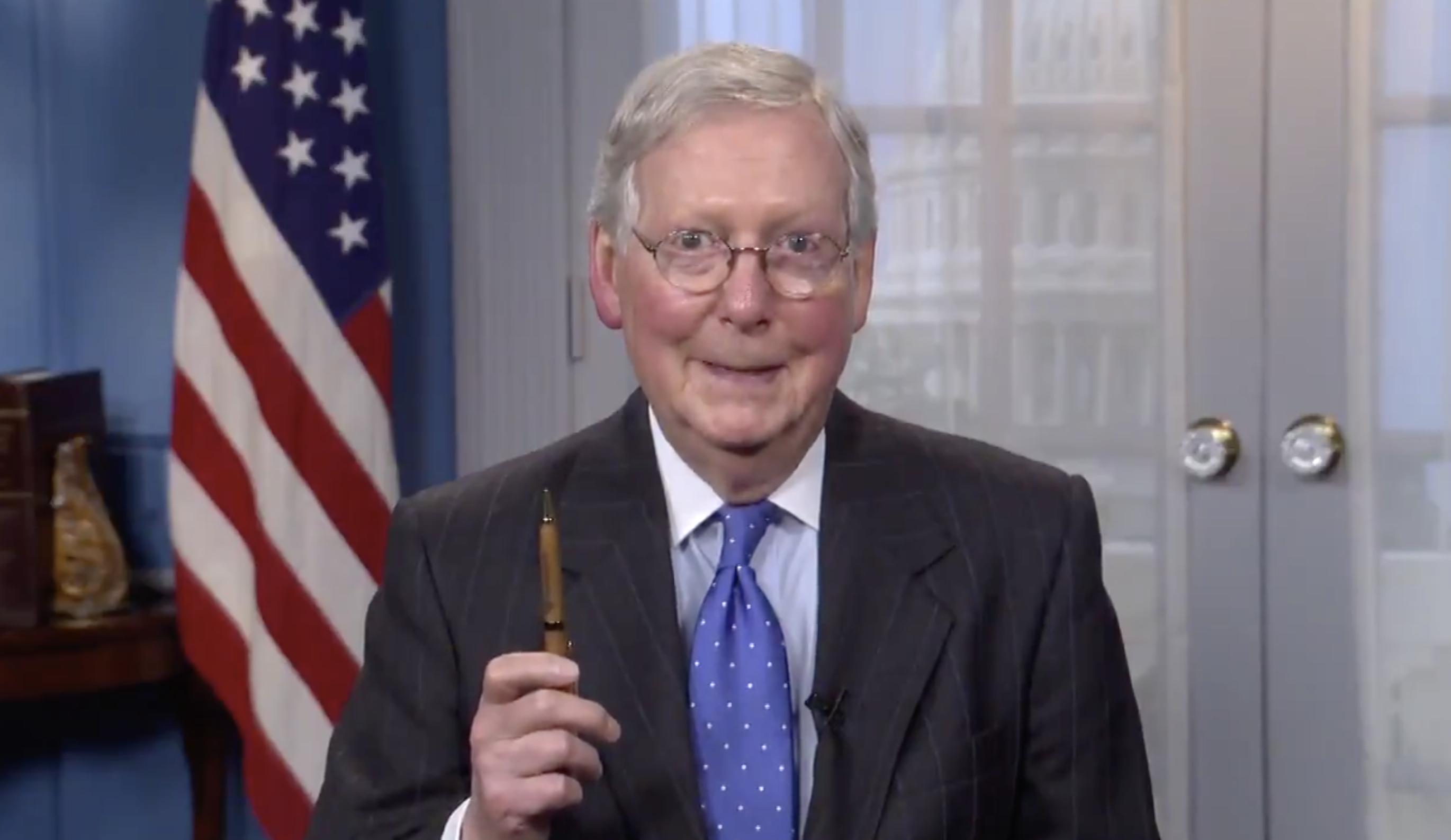 Senate Majority Leader Mitch McConnell (R-KY) celebrated the first anniversary of the federal legalization of hemp on Friday, brandishing the hemp pen he used to sign off on the reform move as part of the Farm Bill around this time last year.

After describing subsequent efforts to secure crop insurance and other agricultural protections for growers, McConnell said he’s “particularly pleased to see the progress of hemp, which was legalized by my initiative last year.”

“I was proud to sign the Farm Bill conference report with my hemp pen,” he said. “Now farmers, processors and manufacturers in 101 of Kentucky’s 120 counties are exploring the potential fo this exciting crop.”

I'm glad to see the results of last year’s Farm Bill. In Kentucky alone, growers on more than 75,000 farms now have the predictability to better secure their future. I'll continue working to support growers and hemp producers as they feed our country and the world. pic.twitter.com/3hMGRpy8Mt

McConnell’s passion for hemp has been evident throughout the year, and he’s made sure to follow up with regulators to ensure that businesses that cultivate and sell the crop and its derivatives have the same resources available to them as in any other legal industry.

For example, the majority leader met with the recently confirmed head of the Food and Drug Administration last month to discuss the importance of establishing a regulatory framework for CBD products. He applied pressure on the U.S. Department of Agriculture to develop rules for hemp as well, and in October, the department released its proposed regulations.

He also took credit for a series of hemp-related provisions—such as $2 million in funding for research into the crop—that were attached to spending bills that President Trump signed last week.

While hemp has received significant support and attention from McConnell, the same can’t be said of the plant’s “illicit cousin” marijuana, as he’s been known to describe it. In fact, he’s pressed the Drug Enforcement Administration to come up with technology that’s able to distinguish between the plants.

He also accepted an honorary machete last month that law enforcement officials had used to eradicate “thousands” of marijuana plants.

But when it comes to hemp and CBD, McConnell is bullish about legitimizing and promoting those industries, going so far as to say that the crop represents a viable alternative to Kentucky’s former cash crop, tobacco.

“We’re glad to see the results of last year’s Farm Bill, and we’ll continue to work together to support growers and producers as they feed our country and the entire world,” he concluded in the new video.