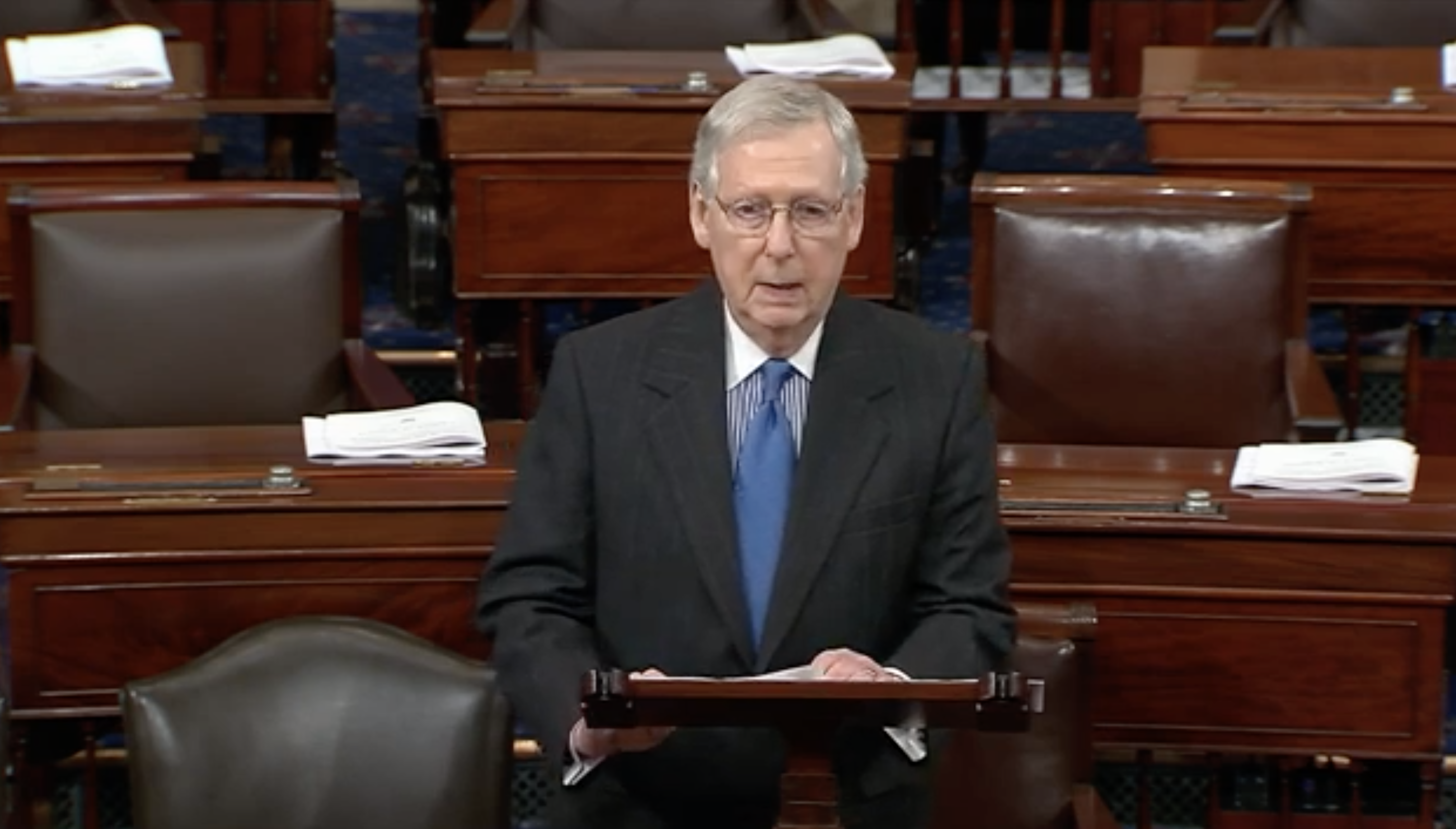 The majority leader, who has consistently railed against the inclusion of cannabis banking protections in the House COVID-19 bill, said on the Senate floor that Pelosi is “still agitating for strange, new special interest carve-outs for the marijuana industry and even claiming they are COVID-related.”

“I hope she shares her breakthrough with Dr. Fauci,” McConnell wryly added, referring to National Institute of Allergy and Infectious Diseases Director Anthony Fauci, who has been helping to lead the White House Coronavirus Task Force.

McConnell is referring to remarks Pelosi made last week after she was asked about components of the House Democrats’ bill that Republicans have criticized as not germane, including specifically the marijuana language.

The speaker said she took issue with the suggestion that cannabis banking reform was not relevant amid the pandemic and said marijuana “is a therapy that has proven successful.” Prohibitionists have seized on that comment, interpreting it to mean that Pelosi believes cannabis can treat COVID-19.

Speaker Pelosi is still holding up this entire package over bizarre unrelated things like carveouts for the marijuana industry. She even claimed to the press that pot is a proven COVID-19 therapy!

I hope she’s shared this breakthrough with Dr. Fauci.

Can we get serious yet? https://t.co/CksSWrMKDN

That said, it wasn’t clear from the brief comment whether that was the case or if Pelosi was broadly referring to the therapeutic benefits of marijuana.

The Food and Drug Administration has made clear that there’s currently no solid evidence that cannabinoids can treat COVID-19 and it’s warned companies that make that claim.

Senate leadership unveiled their latest round of coronavirus relief legislation last week, and it does not include the cannabis provisions. And given McConnell’s particular focus on those components, it seems likely that any attempt to get the language inserted in a bicameral conference will be met with resistance on the Senate side.