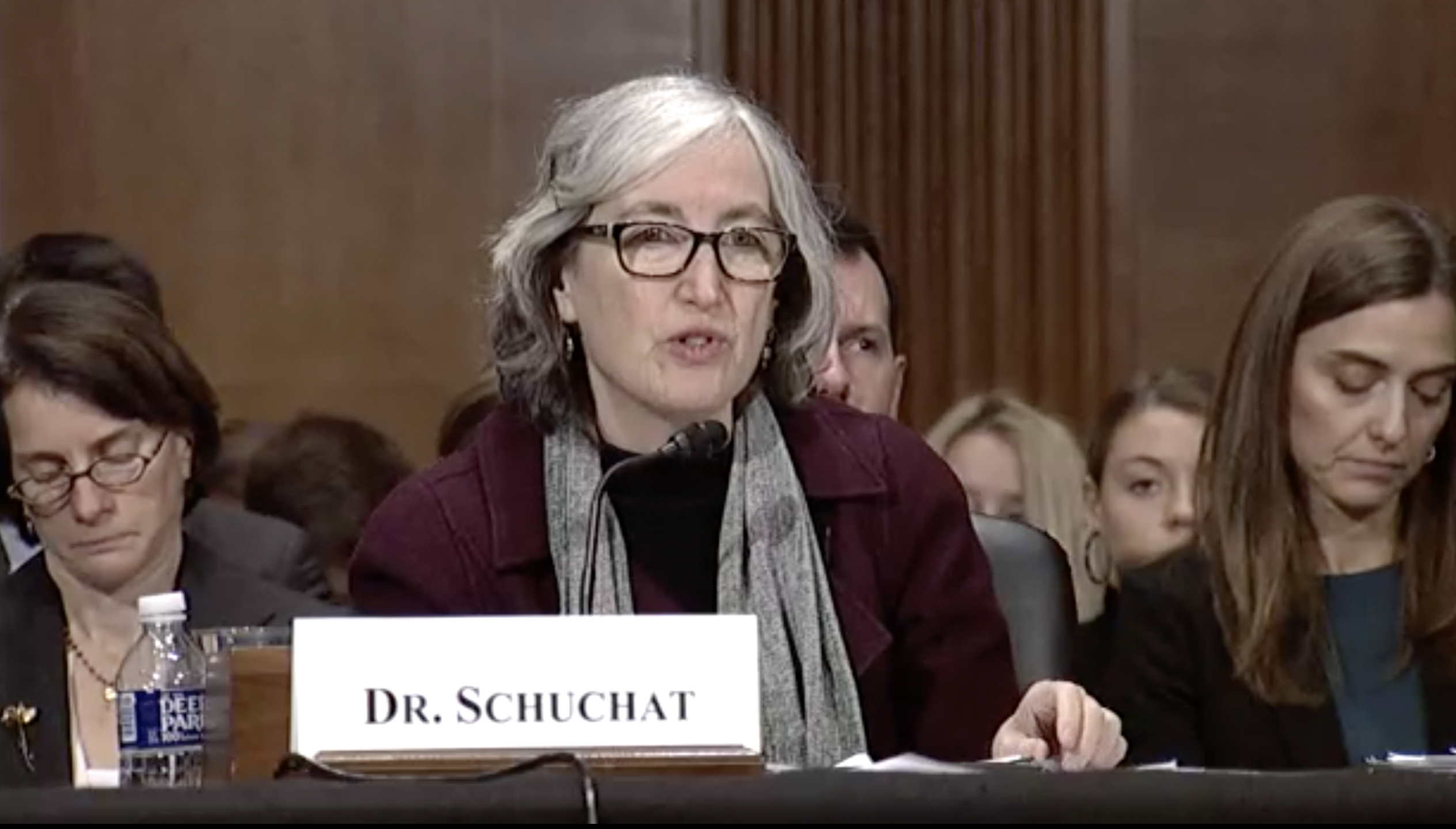 Marijuana’s ongoing illegal status under federal law is delaying health officials’ response to the rise in vaping-related lung injuries and deaths, a top official with the Centers for Disease Control and Prevention (CDC) said on Wednesday.

During a hearing before the Senate Health, Education, Labor and Pensions Committee, Sen. Lisa Murkowski (R-AK) mentioned that her state is the only one in the country that hasn’t experienced reports of lung injuries due to vaping, adding that Alaska has a voter-approved legal cannabis market.

“In our state, retail marijuana is commercialized, it’s tested by our state laboratories,” the senator said. “Is the CDC providing any information to state regulatory bodies—whether it’s Alaska or other states that have legalized—on testing these products for these compounds that are our concern?”

She followed up to ask if there are “any barriers preventing federal officials from working with our state marijuana labs on this topic.”

CDC Principal Deputy Director Anne Schuchat replied that the agency is in touch with state health departments, many of which are involved in regulating the cannabis industry, and that they provide guidance. However, because marijuana remains a federally controlled substance, she said there “are some challenges with shipment of specimens [for testing] because of the scheduling of drugs.”

“I think it’s just delaying it, I don’t think it’s stopping it,” she added.

Watch the marijuana exchange at 1:54:22 into the video below:

But as numerous lawmakers stressed throughout the hearing, there’s no room for delays, as more than 2,000 Americans have experienced lung injuries from vaping and almost 40 have died. CDC recently announced that an analysis of lung fluid samples from 29 patients in 10 states turned up evidence indicating that adulterated vape cartridges containing vitamin E acetate may be the cause.

And over the last six months, there have been 2,051 Americans hurt and 39 have died – including two in Tennessee – from vaping-related lung illnesses, many from vaping with THC, the derivative of marijuana that makes people high.

Schuchat emphasized during a separate House hearing last month that while most vaping cases seem connected to THC-containing products, the vast majority have been obtained from illicit sources that wouldn’t be subject to the same testing standards as those enforced in regulated state markets.

She made similar remarks earlier this month during an appearance on C-SPAN and suggested that federal regulation of THC products could mitigate vaping injuries.

Still, there was a case in Oregon where a man who purchased vaping products from a licensed dispensary later fell ill and died—though officials said it’s not clear whether there’s a direct link at this point. In any case, the CDC official’s point about delays due to shipping complications arising from prohibition raises concerns at a time when data is urgently needed.

Also during the Senate hearing, Mitch Zeller, director of the Food and Drug Administration’s (FDA) Center for Tobacco Products, was asked by Sen. Mike Enzi (R-WY) whether the agency has “jurisdiction over THC products and, if so, what is the authority?”

“I think on a case-by-case basis, when it comes down to the facts, if we were to take an action because of the presence of THC, it would be because the investigation has continued—because we’re going after the supply chain here,” Zeller said.  “How did these products get onto the market in the first place?”

The official noted that as a regulatory agency, FDA is not in the business of going after individuals for personal possession or use of THC products; rather they have “investigators on the ground to try to get at how did they get into the chain of distribution and commerce in the first place.”

“If we can identify the responsible party—because with THC we’re talking about an illicit compound so it’s not like someone is going to step forward and say, ‘yeah I did it’—If we can find the responsible party, if we can do the product analysis that shows that the THC is present, with or without these oils that seem to be making it worse, then in theory we could use authorities that we have under the Food, Drug and Cosmetic Act,” he said.

“We could act, depending upon the facts, under Food and Drug authorities,” he said.

The comment was quickly applauded by prohibitionist group Smart Approaches To Marijuana, which has argued that recent vaping issues represent an example of why cannabis legalization efforts should be halted.

During a Senate hearing, a representative from the @FDA admits the agency has the authority to crack down on THC supply chains in response to the #PotVapingCrisis.https://t.co/Ft6l0ifEib pic.twitter.com/BVZYGO7cox

Sen. Rand Paul (R-KY) shared a different perspective, siding with reform advocates who say that calls to prohibit vaping products in response to the crisis are misguided because that policy change could exacerbate the problem by bolstering illicit sales and leaving consumers less protected against contaminated products.