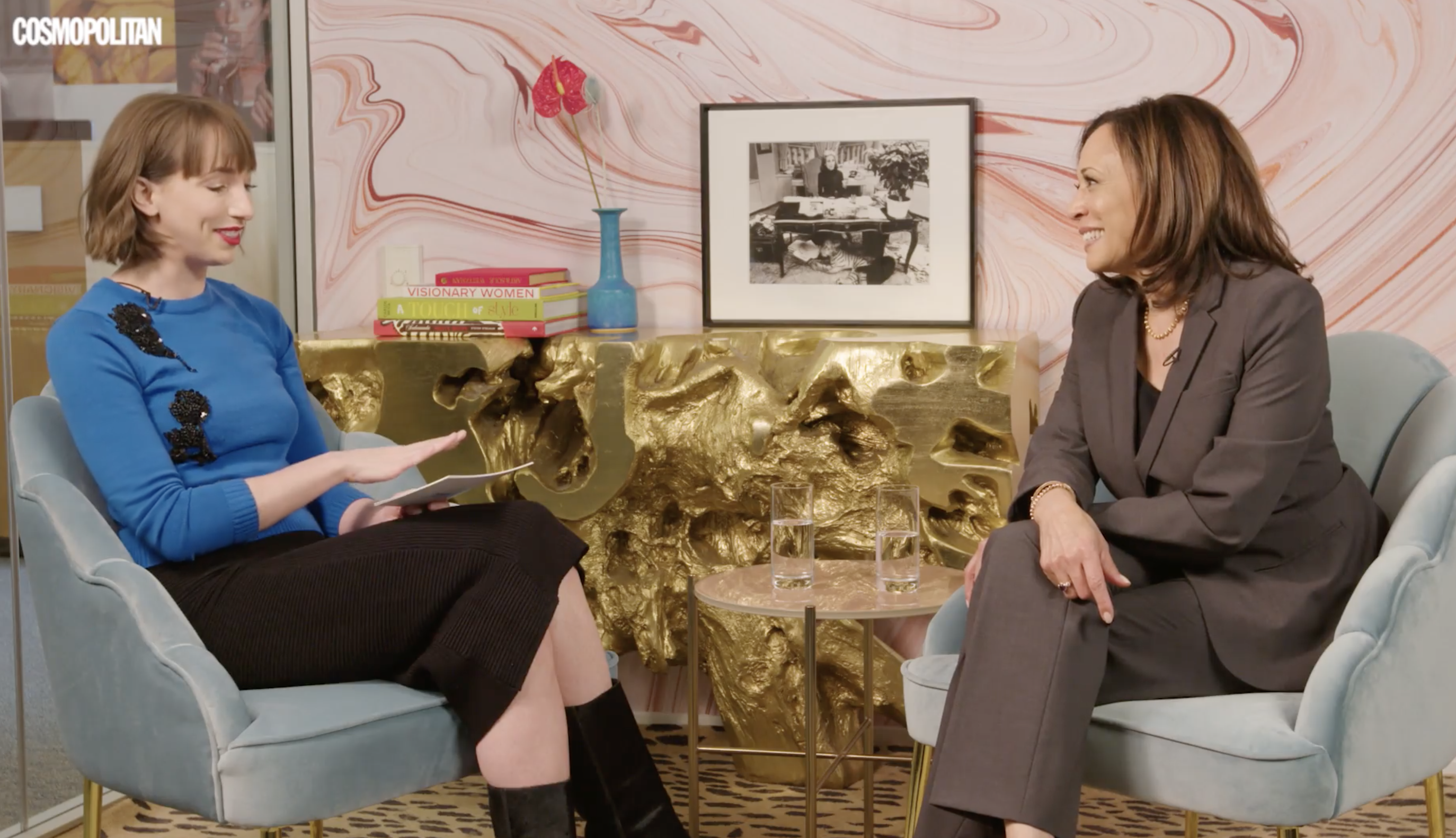 The CBD craze highlights the need for social equity in the marijuana industry, Sen. Kamala Harris (D-CA) said in a new interview, joking about how the market is saturated with entrepreneurs claiming that rubbing CBD lotion all over one’s body is a panacea at a time when people of color who were targeted by the war on drugs are largely locked out of the legal business.

The 2020 Democratic presidential candidate, who dismissively opposed cannabis reform efforts while she was a prosecutor but now embraces comprehensive legalization legislation, told Cosmopolitan that people from communities most impacted by prohibition enforcement must be allowed participate in the industry.

Asked about her plan to make the market equitable, Harris said that “one of America’s biggest modern shames is the system of mass incarceration that has led to the incarceration, in particular, of black and brown men and, in particular, fueled by that failed war on drugs, which is one of the reasons why I’m in favor of legalizing marijuana.”

The senator seemed to be critical of the current composure of cannabis businesses, however. “This whole new industry—we can talk about the beauty industry, let’s talk about the marijuana industry,” she said. “Let’s talk about CBD, right? All these products, right? That are all of a sudden going to relieve every problem I have, because I’m going to rub it all over my body, right?”

“It’s a huge cash cow, this industry. People are making so much money off of selling weed,” Harris continued. “Meanwhile, generations of folks, in particular black and brown men, are felons for life for doing the same thing. On its face, this is wrong, unfair. It is a travesty.”

Watch Harris’s marijuana and CBD comments, about 26:30 into the video below:

Harris said that part of her marijuana reform plan involves ensuring that “that those folks who have been previously incarcerated, who have been convicted, who have been designated felons, one, that we deal with what we need to do around expungement but also that they be the first in line for those jobs” and are prioritized in licensing “because it is something that, on its face, is so patently unfair and wrong.”

To that end, the candidate is the sponsor of a Senate bill that would not only federally deschedule cannabis but also provide for expungements and reinvestments in communities most harmed by the drug war.

But Harris’s evolution hasn’t shielded her from criticism over her prior opposition to marijuana reform. Saturday Night Live took a hit at “America’s cool aunt” who would “give you weed but then arrest you for having weed” during an episode in September.

Sen. Cory Booker (D-NJ), another presidential contender, also appeared to knock Harris for joking about her own past cannabis use.