Several studies have linked legal marijuana programs to lower rates of opioid overdoses, but most of that research has focused on broad, state-level data. Zoom in closer—to the county level—and the role of dispensaries where people can actually purchase cannabis becomes clear.

Looking at mortality records from 2009 to 2015, a team of researchers investigated whether the presence of dispensaries in counties with medical cannabis laws had an effect on deaths from prescription opioids, synthetic opioids and heroin. The results supported previous research, indicating that access to marijuana can mitigate the opioid epidemic. 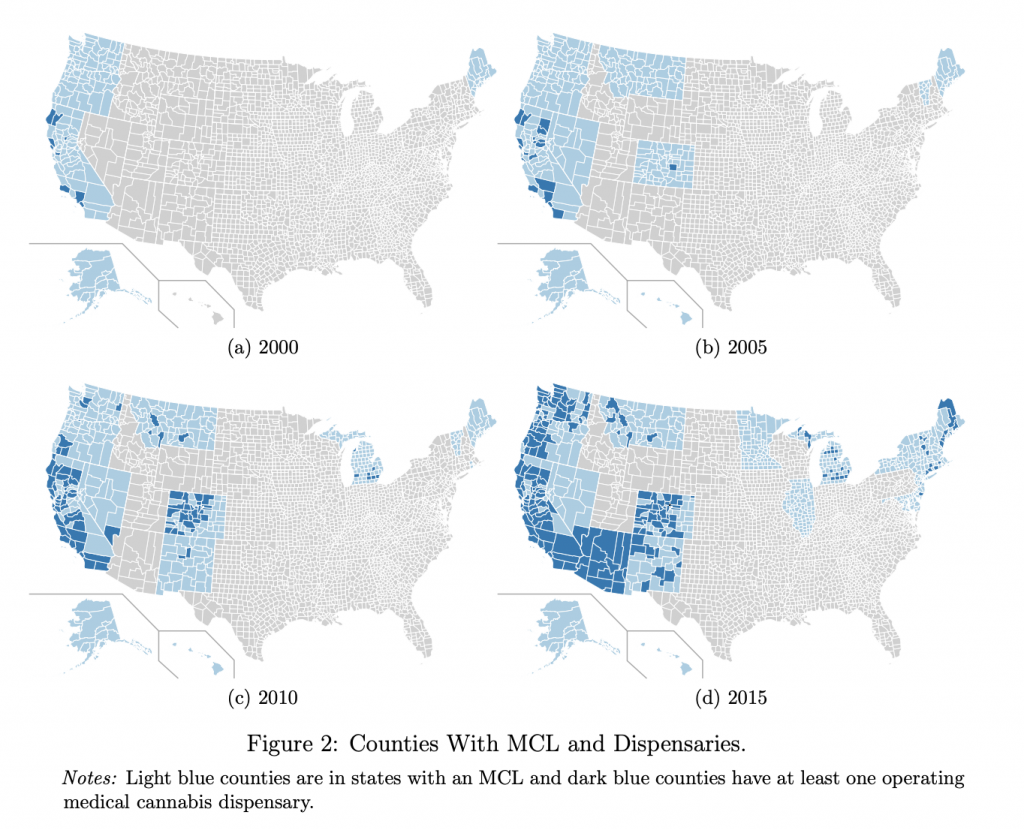 “Importantly, these effects are limited to counties where dispensaries opened and do not apply to non-dispensary counties in states with that have legalized medical cannabis,” the researchers wrote. That is, “while legalizing medical cannabis is not associated with lower levels of opioid overdose mortality, the presence of dispensaries has a large negative impact on the number of opioid-related deaths.”

The study focused on non-Hispanic white men aged 15 to 54. Theoretically, the results indicate that for every 100,000 people in this demographic, 10 fewer people would have died from opioid overdoses between 1999 and 2015 if states that legalized medical cannabis had dispensaries in all counties from the start. 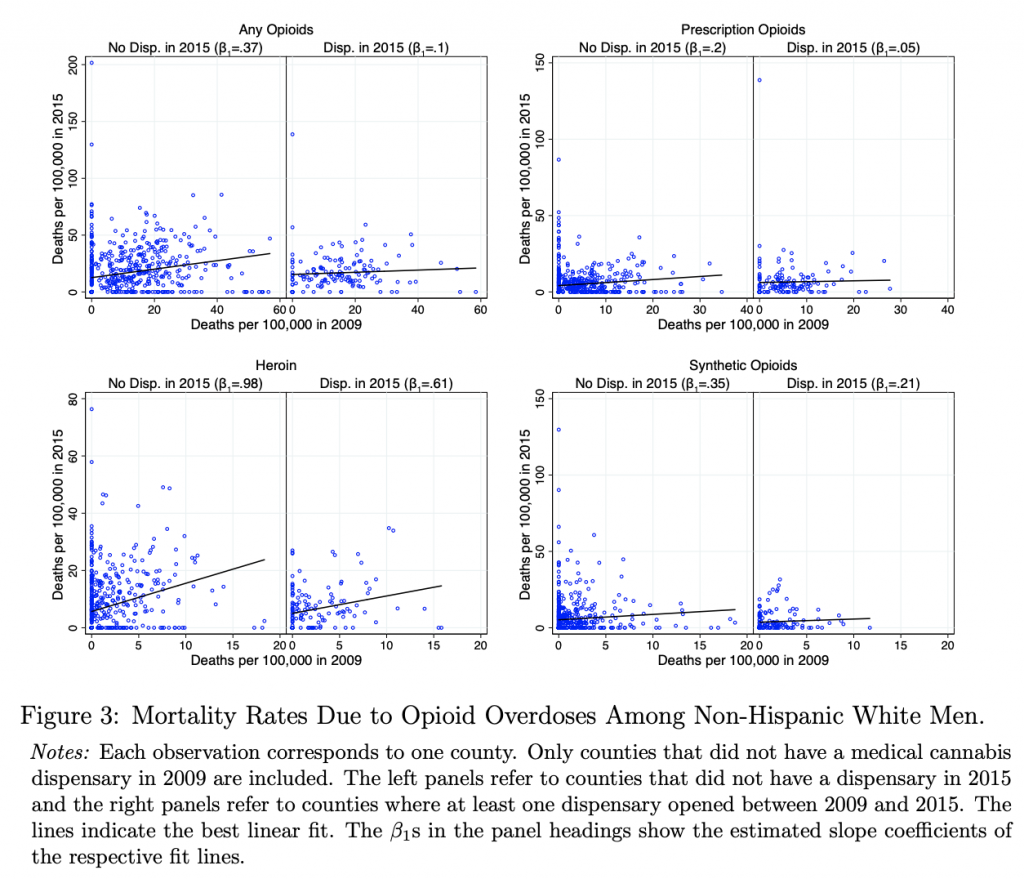 The running theory behind that trend is that access to legal cannabis can reduce the likelihood that people start taking prescription painkillers, which can lead individuals to seek out more potent opioids like heroin down the road.

How Ancient Viruses Gave Us Marijuana As We Know It Today