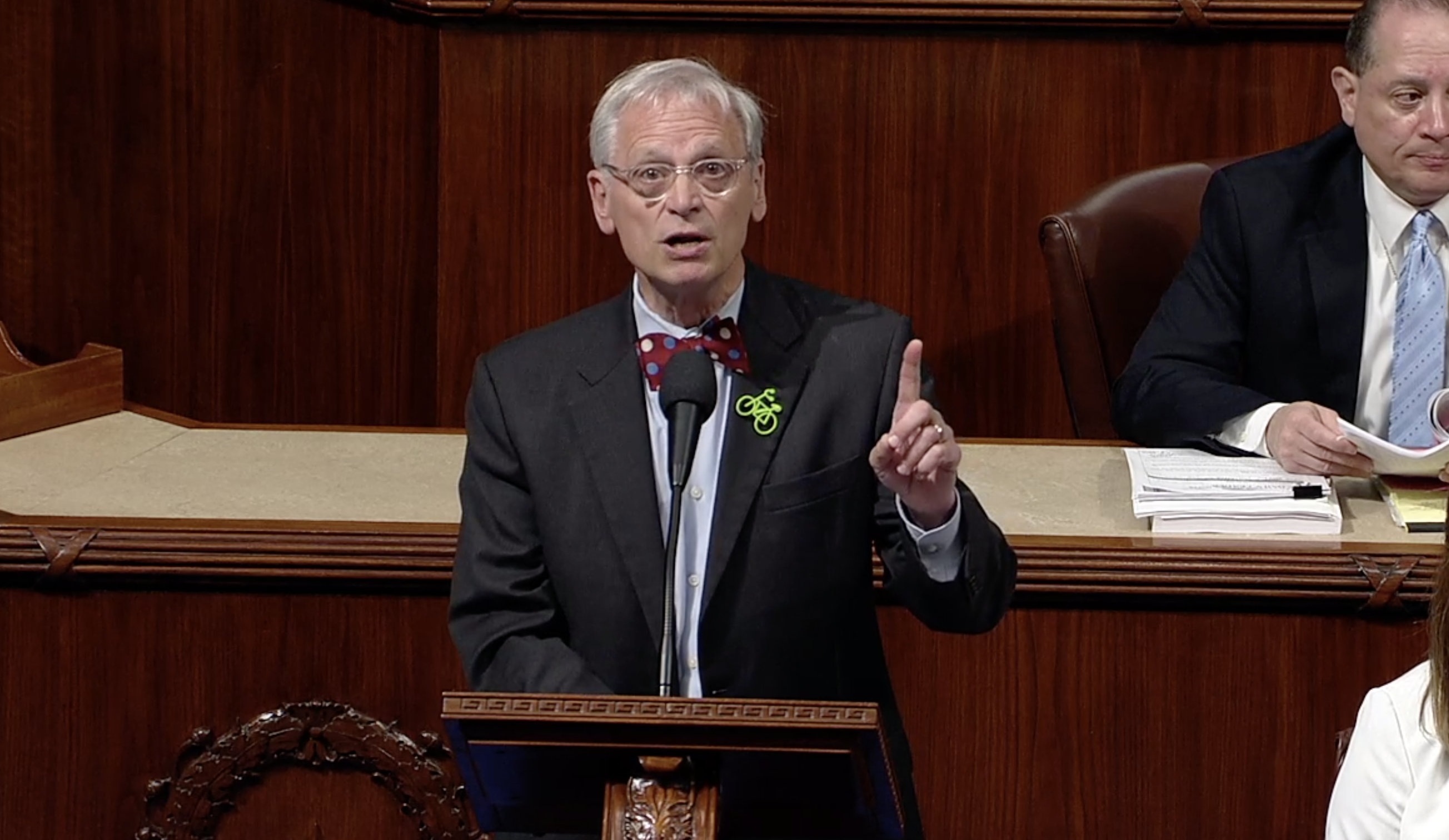 A leading marijuana reform advocate in the House and architect of a congressional blueprint to end federal cannabis prohibition is amped up about Wednesday’s hearing on a slew of cannabis bills in a key committee.

Rep. Earl Blumenauer (D-OR) told Marijuana Moment in a phone interview on Tuesday that while he’s not especially enthused about the list of witnesses invited to testify at the Energy and Commerce Subcommittee on Health meeting—which will involve discussions on six cannabis bills—the development itself is a positive sign that interest in reforming federal marijuana policy is widespread and growing.

Members of the panel will take up two pieces of legislation to federally legalize cannabis and several others aimed at promoting research into the plant’s effects. This comes months after the Judiciary Committee held a historic vote approving Chairman Jerrold Nadler’s (D-NY) Marijuana Opportunity Reinvestment and Expungement (MORE) Act, which would deschedule marijuana and includes various social equity provisions.

Blumenauer shared insights into the process moving forward and weighed in on the political dynamics at play as the panel prepares to take up the issue of comprehensive cannabis reform. This interview has been lightly edited for clarity.

Marijuana Moment: Can I start by getting your overall reaction to the hearing? Are you encouraged by the development, and what are you expecting?

Earl Blumenauer: I am very encouraged. This is the first major hearing by a committee that plays a critical role. I assume you’ve seen our blueprint memo that we’ve been periodically updating for the last 18 months, and the Energy and Commerce Committee is a key part of that. They have a wide range of items to consider, including putting the MORE Act before the committee, which I think is important. That’s likely to be the major vehicle for comprehensive reform in this Congress.

The concentration on research is extraordinarily important. I have a hearing on my research bill that the cosponsor is [Rep. Andy Harris (R-MD)], who doesn’t even believe in medical marijuana. It illustrates how comprehensive the interest is in moving forward on research. I have talked to thousands of people this year, including hundreds in and around the Capitol. No one—not a single person—disputes the fact that we need to clear away the barriers to research. Doing so will have a lot of residual effects. It’s an important step in our goal to ultimately legalize, regulate and tax cannabis.

MM: What do you make of the fact that only federal officials—from the Drug Enforcement Administration, Food and Drug Administration and National Institute on Drug Abuse—were invited to testify?

EB: They are not my witness list. I’ve had some interaction, but there would have been, I think, better witnesses.

Frankly, if I was structuring the hearing, one of the witnesses that I would invite would be a parent of a child with an extreme seizure disorder. The stories of what these parents have to do to create the treatment for their own children is just remarkable. Some of them have done amazingly sophisticated efforts that ultimately are saving the lives of their children. I think hearing from one or two of them would illustrate the lunacy of our current policies and the desperate measures that parents will take. I think it would just melt the hearts of committee members while it inspired them to action.

MM: Do you have any concerns about the volume of reform bills under consideration in a single hearing?

EB: No. I welcome it. Get them out on the table, let them be aware of the breadth of reform action. Most of it’s going to be focused on research, which I think is appropriate. Having the MORE Act before them, the E&C Committee will be playing a role going forward. It’s something that we highlighted in our blueprint two years ago. It doesn’t bother me. I’m happy, I welcome it.

MM: Nadler said he was requesting that other committees his MORE Act has been referred to waive jurisdiction. Do you think other panels should do that to expedite the legislation to the floor?

EB: I would feel comfortable doing that, but either way, they need to have some sort of hearing on it. If they waive it, that’s cool. If not, have a hearing right away. The other committees should not be an impediment to this important reform legislation being voted on by the full House.

MM: While the Veterans’ Affairs Committee has held two hearings on legislation specific to veterans and cannabis, there hasn’t been a markup. What would it mean if Energy and Commerce ends up voting on a veterans medical cannabis bill before Veterans’ Affairs?

EB: It just shows that the Veterans Committee is asleep at the switch and other committees will move on. They’ve lost an opportunity to be at the forefront and pretty soon they’ll lose an opportunity to be involved at all. I think it’s unfortunate and sad, but I hope they get their act together and move quickly.

Particularly in the veterans space, this is overwhelmingly popular and I think they would be hard pressed to explain why they’re not acting.

MM: Have you had a chance to talk to Speaker Nancy Pelosi (D-CA) or Majority Leader Steny Hoyer (D-MD) about the timeline for advancing the MORE Act or other marijuana reform this Congress?

EB: I am deferring to Chairman Nadler on [the MORE Act], but I have had numerous conversations with House leadership—and not just the speaker and the majority leader—about the need to move. I’m having another meeting with a key person this afternoon in a different staff capacity. We’re beating this drum and hope that we break this loose in the next few weeks.

Photo courtesy of the House of Representatives.

Federal Prosecutor Says Marijuana Legalization Will ‘Bring Down Our Society’