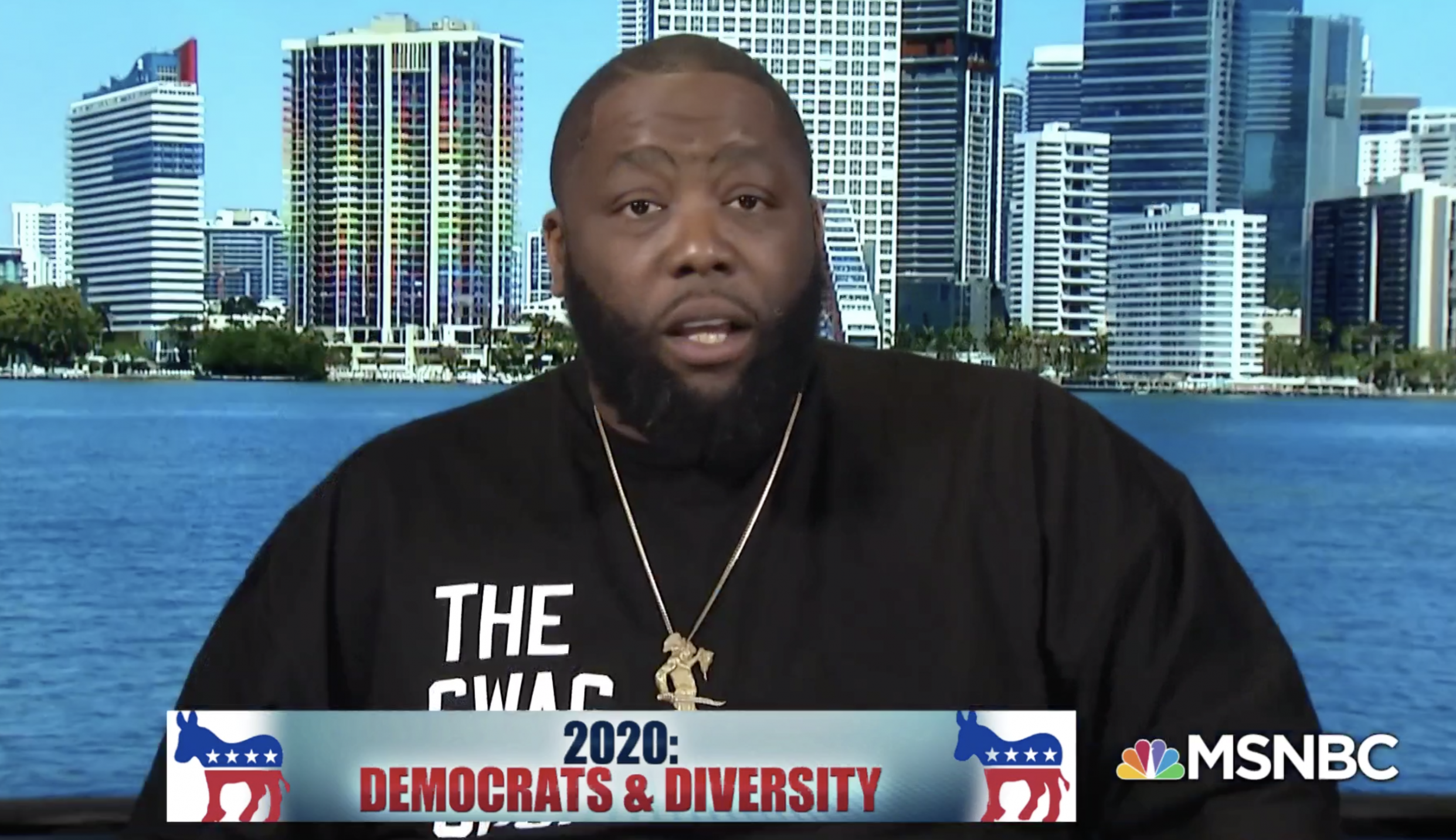 Sanders, who became the first major presidential candidate to call for cannabis legalization during his 2016 run, has continued to raise the issue as he campaigns for the 2020 Democratic nomination. In the years since he first proposed the policy change, numerous states have pursued reform and pro-legalization stances are increasingly commonplace, especially among Democratic lawmakers.

“Marijuana decriminalization was something I never thought I’d see in my lifetime,” Killer Mike said in an interview on MSNBC on Sunday. “Yet within four years, I’ve seen a nationwide push for it, in big part to his campaign.”

Watch Killer Mike’s marijuana comments, starting around 1:25 into the video below:

“How does that affect me as the father of a 17-year-old boy? If my son gets caught with marijuana, it could ruin his life for the rest of his life,” he said. “Now we have an environment where he literally will get scolded as a child and get a chance to be a fruitful adult without a felony on his record. I think that that resonates in our community.”

The rapper, who serves as a surrogate on Sanders’s campaign, also talked about the economic potential of legalization and the importance of social equity policies during a town hall event with the candidate in North Carolina in September.

“We have an opportunity this time to take the people that are exiting jail, have expunged records and creating a pathway as wide as this aisle directly to legal marijuana and creating economic sustainability in the same communities that were robbed of that opportunity,” he said at the time.

It’s not just Sanders who deserves credit for contributing to the cannabis reform movement, Killer Mike said at a panel on free speech in June. Rap artists have also played a key role, featuring the plant in music stretching back decades.

Some of the most impactful work that rappers have produced are songs inspired by social issues like the drug war, he and several other artists argued in a brief submitted to the Supreme Court earlier this year in defense of a rapper who was convicted for threatening Pittsburgh police officers in a song.