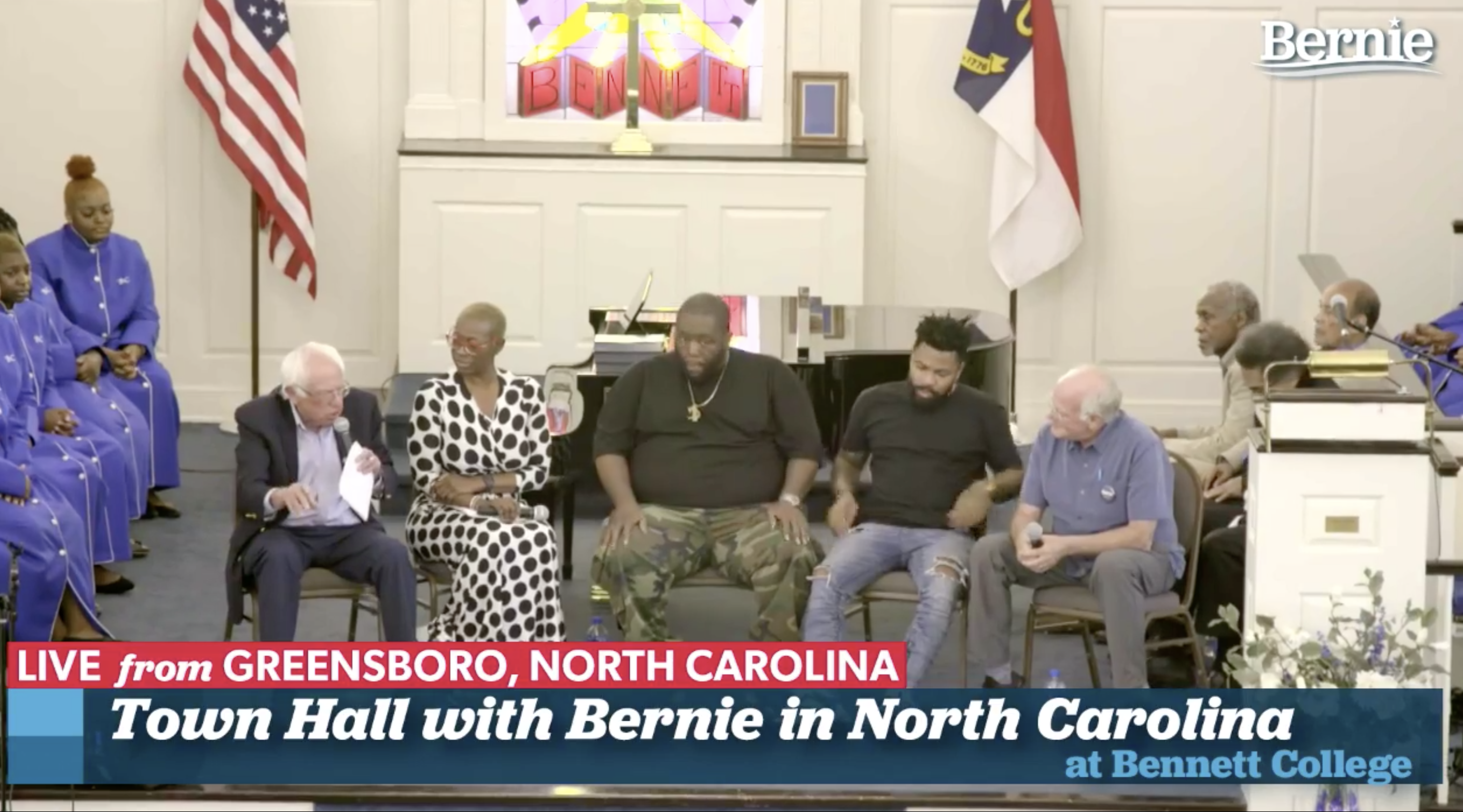 At one point, Cohen said that he was arrested after being caught smoking cannabis while he was in school but the police only charged him for littering—a discretionary decision that he said he likely wouldn’t have been afforded if he was black. He speculated that without that privilege, the incident could have cost him loans that allowed him to build his ice cream empire.

Sanders, a 2020 Democratic presidential candidate, opened the conversation by asking Killer Mike to weigh in on the impact of the drug war, particularly on communities of color.

The artist said the “war on drugs, we now know from history, has been a tremendous failure” and that it “was never a war on drugs, it was a war on progressive white kids and black people.”

He discussed the racist origins of prohibition, the role cannabis criminalization has played in mass incarceration and emphasized the need to include restorative justice in a legal marijuana system.

“But we have a greater opportunity, and the greater opportunity is this: marijuana is going to be legal in our lifetime,” he said. “Beyond getting a little stoned in the morning, which I didn’t do this morning because I knew I had to come see you guys, marijuana provides through hemp paper, alternative to plastics, it provides jobs, resources, dispensaries.”

Watch the conversation about cannabis, starting at about 11:20 into the video below:

“We have an opportunity this time to take the people that are exiting jail, have expunged records and creating a pathway as wide as this aisle directly to legal marijuana and creating economic sustainability in the same communities that were robbed of that opportunity,” he said.

“As for me and my stoner friends, we’ll be buying Ben & Jerry’s and voting for Bernard Sanders.”

Phillip Agnew, co-director of the Dream Defenders, joked that Mike’s plan is the “real green new deal that we need right here,” riffing off the name of climate change agenda backed by Rep. Alexandria Ocasio-Cortez (D-NY).

Glover mentioned ending “the prison industrial complex and mass incarceration” as examples of achievable goals under a Sanders presidency.

“If we can imagine it and if we can dream it, we can make it real,” he said.

Cohen highlighted racial inequities in marijuana enforcement and broader societal structures, starting by noting that his parents were only able to enter the middle class with the help of a government program providing low-interest mortgages that black people were not entitled to. That program allowed him to go to a good school, he said, where he got busted for cannabis at one point.

“In the midst of getting my higher education, one summer I was smoking some pot with some friends on a beach and the cops caught us,” he said. “We were handcuffed and they took us to the station and they ended up giving us a ticket for littering a lighted cigarette butt on the ground.”

“But I am well aware that if I was black, I would’ve ended up with a criminal record that would have prevented me from getting the loans that we needed to start Ben & Jerry’s,” he said. “It’s really clear to me that if I was black, there wouldn’t have been a Ben & Jerry’s. I’m conscious of that, I think about that, and that’s one of the big reasons I’m supporting Bernie because he’s going to put an end to that system.”

The criminalization of marijuana has been a disaster for communities of color.

We will legalize marijuana, expunge past convictions and invest revenue from legal marijuana back into those communities. pic.twitter.com/x7xrzw1Eu4

Sanders closed the panel discussion by asking audience members to raise their hands if they knew someone arrested for marijuana, or were themselves arrested. He did a similar exercise at a campaign rally in South Carolina earlier this week.

After hands shot up, the senator said “this is what the war on drugs has done in this country.”

This article was updated to change a mistaken quote attribution.