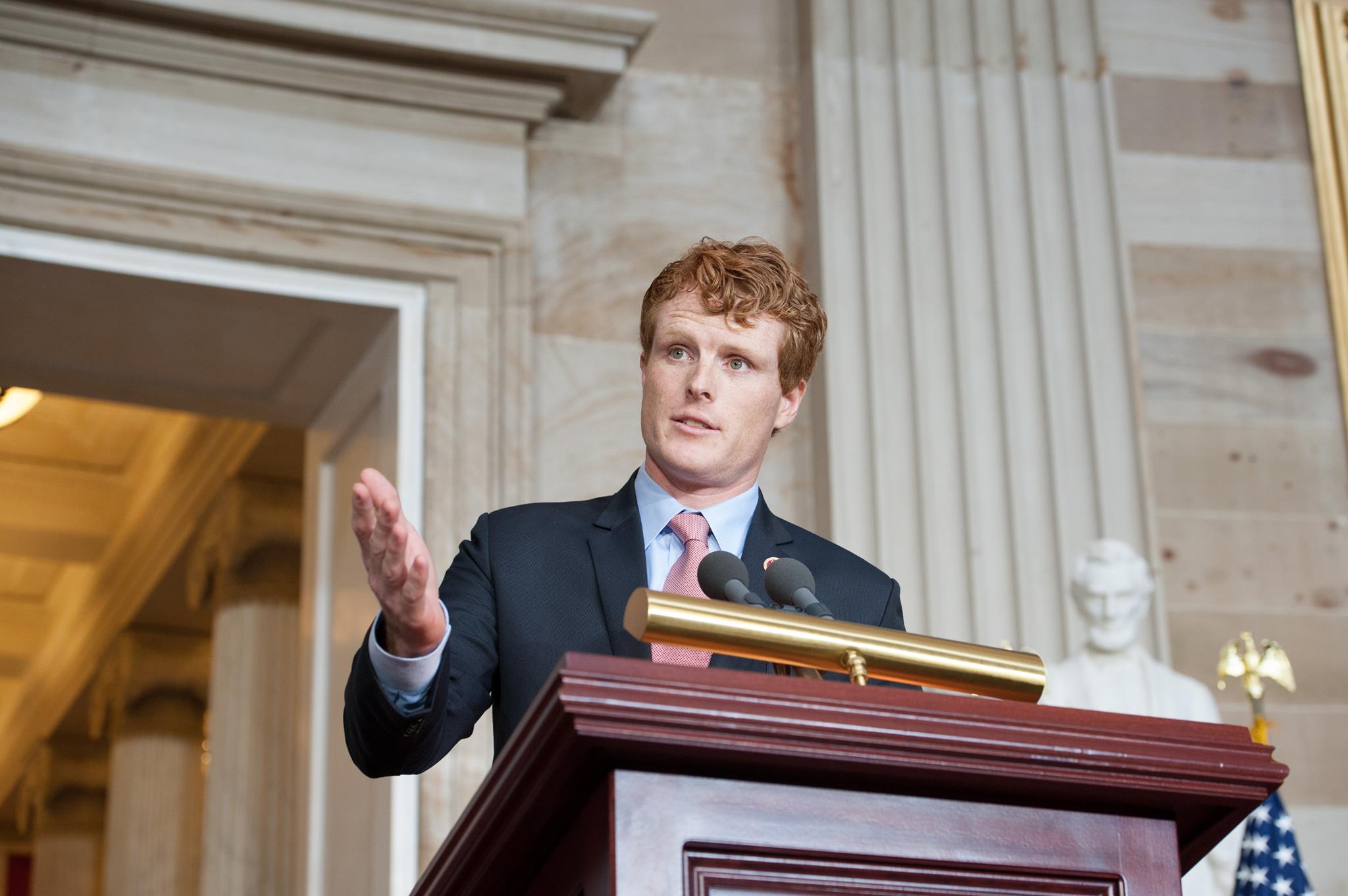 A Democratic elected official who is under fire for his consistent anti-marijuana voting record says he understands that he is out of step with his party.

“That’s a tough issue for me. I come at it a little bit differently, obviously, than the vast majority of my colleagues,” Congressman Joe Kennedy III of Massachusetts said in a new interview. “I hear their position. I really do. I’m in a state that voted for [legalization].”

The young scion of the country’s most famous political family not only opposes broadly ending prohibition but has also voted against limited measures to shield state medical marijuana laws from federal interference, allow military veterans to access medical cannabis and protect children who use non-psychoactive cannabidiol extracts to treat severe seizure disorders.

Kennedy is one of just a small handful of Democrats to oppose those amendments on the House floor in recent years.

“I think the party is clearly moving in that legalization direction. It might already be there,” Kennedy acknowledged in the interview with Politico’s Off Message podcast, published on Tuesday.

The latter poll also showed that just 12 percent of Democrats want the federal government to interfere with state marijuana laws, in line with Kennedy’s voting record.

“I’ve got some reservations because of some of the details,” he explained in the interview. “I think process matters. Consumer protections on this matter, and it’s a little bit more complicated.”

Although Kennedy’s marijuana views are out of step with his House colleagues and their party’s voters, he respects the right of people to disagree with him about the issue.

“This is an important issue for folks, and they should have every right and should be passionate about it and organized on it and do what they need to do to advance their position,” he said. “And I totally respect that and I encourage it.”

Nonetheless, he’s sticking to his anti-marijuana point of view, at least for now.

“As a politician, somebody that gets a whole bunch of issues thrown at them every day, I try to do my best to do the homework and learn up on those issues as best I can,” he said. “I’ll take a position on ones that I think is right and defensible. People disagree with it? Fine. That’s the nature of the beast.

And Kennedy, who some observers see as a potential presidential candidate, acknowledges that his position on cannabis could cost him votes in future elections.

“I’m not a huge fan of litmus tests, just because I think we’ve got a broad series of issues. You might agree with somebody on one thing. That doesn’t necessarily disqualify them on something else,” he said. “That being said, that’s not for me to say. If somebody feels really passionately about an issue that’s for them to decide whether you’re in or you’re out. That’s their decision.”

Coincidentally, this week is the 50th anniversary of televised remarks the congressman’s grandfather, former U.S. Attorney General Robert Kennedy, made about the hypocrisy underling marijuana criminalization.