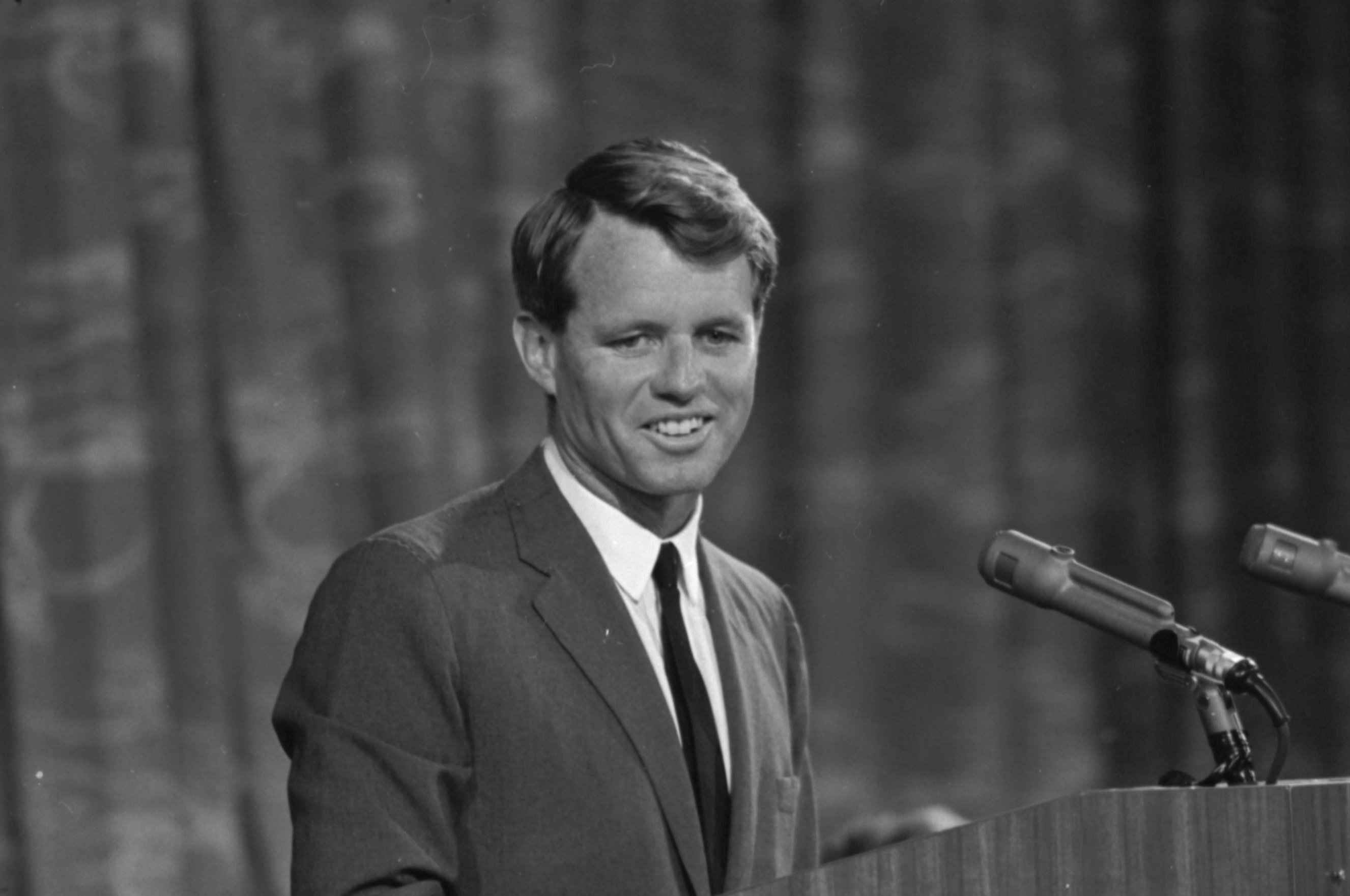 The young scion of the country’s most famous political family not only opposes broadly ending prohibition but has also voted against limited measures to shield state medical marijuana laws from federal interference, allow military veterans to access medical cannabis and protect children who use non-psychoactive cannabidiol extracts to treat severe seizure disorders. He was one of just a small handful of Democrats to oppose these amendments.

But Kennedy’s position on marijuana is not only out of step with his colleagues and their party’s voters (Democrats overwhelmingly support legalizing marijuana altogether), but it seems to contrast sharply with views that his grandfather, former U.S. Attorney General Robert Kennedy, expressed a half century ago.

Fifty years ago this week, Kennedy appeared on NBC’s “Tonight Show” and, in the span of just a few seconds, completely eviscerated the hypocrisy underlying U.S. anti-marijuana laws.

“On the whole question of…drugs, we permit…cigarettes which kill far more people every year than marijuana, for instance,” he said. “But there is tremendous economic power behind those people [tobacco companies] so that we don’t pass laws to deal with that, even though our Department of Health has said that they’re so dangerous. They kill, what, 350,000 people a year.”

Kennedy, who would launch a presidential campaign just weeks later, used the marijuana and tobacco example to make a broader point about inconsistencies in government policies.

“If we weren’t sanctimonious about it, we weren’t hypocritical about it and we didn’t perhaps tell untruths about ourselves and faced up to reality then I think our country would be much better off and our people would have much more confidence in those of us who are public officials and in our government as a whole,” he said, as noted by Sanho Tree of the Institute for Policy Studies.

Bobby Kennedy was far ahead of his time — especially with regard to the “narcotics problem” as it was known then. This remains one of my favorite drug policy quotes of all time. Imagine if Congress had taken his advice in 1965. https://t.co/emWwjtlGxm pic.twitter.com/vXrehe7zPc

Grandson Joe isn’t the only member of the Kennedy clan to have views that appear to clash with the former attorney general on marijuana policy. Nephew Patrick Kennedy, a former congressman, is also an ardent legalization opponent and founded the prohibitionist group Smart Approaches to Marijuana.

The elder Kennedy would likely be devastated to learn that the self-interested economic forces he warned about on the “Tonight Show” 50 years ago are still at play.

Opioid manufacturers and distributors that many believe would stand to lose out if medical marijuana were made more legally available have donated thousands of dollars to his grandson’s congressional campaigns.

And one pharmaceutical company got federal approval to develop a synthetic version of a key cannabis constituent just months after donating half a million dollars to help defeat a marijuana legalization measure in Arizona.