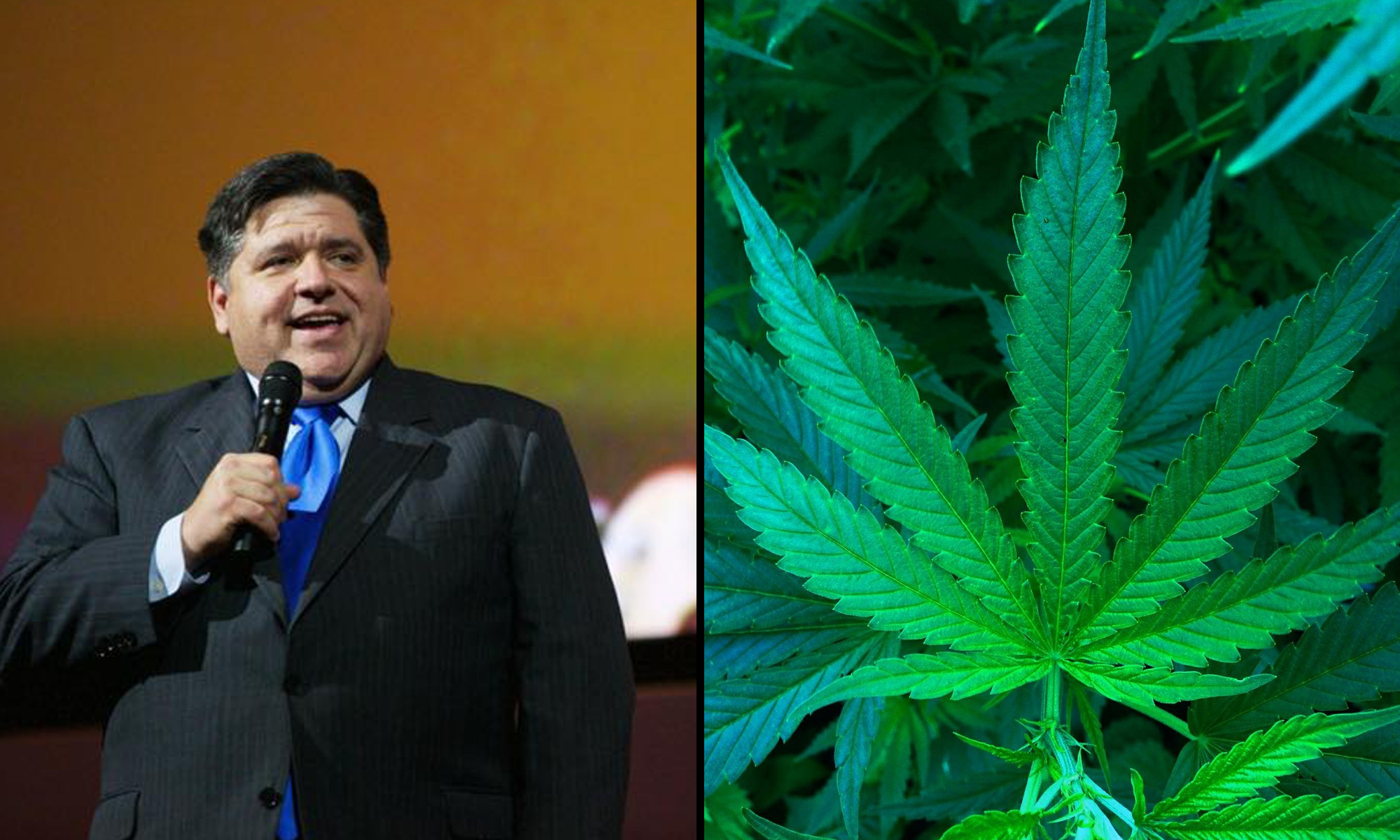 A bill to legalize marijuana in Illinois is heading to the governor’s desk following a successful vote in the House of Representatives on Friday.

The legislation would allow individuals 21 and older to possess, consume and purchase cannabis from licensed retailers. It also contains a number of social equity provisions, while at the same time giving existing medical cannabis businesses a leg up in the licensing process.

The win for legalization supporters comes two days after the Senate approved the legislation, 38 to 17.

Gov. J.B. Pritzker (D) said he will sign the bill into law, making Illinois the 11th state in the U.S. to legalize marijuana—but the first to regulate the adult-use cannabis industry through an act of lawmakers as opposed to via a voter-approved ballot measure.

“The state of Illinois just made history, legalizing adult-use cannabis with the most equity-centric approach in the nation,” he said in a Twitter post. “This will have a transformational impact on our state, creating opportunity in the communities that need it most and giving so many a second chance.”

This will have a transformational impact on our state, creating opportunity in the communities that need it most and giving so many a second chance. I applaud bipartisan members of the General Assembly for their vote on this legislation.

“In the interest of equity and criminal justice reform, I look forward to signing this monumental legislation,” Pritzker added.

In the interest of equity and criminal justice reform, I look forward to signing this monumental legislation.

“By passing legalization through the legislative process Illinois has taken huge steps towards repairing some of the damages that cannabis prohibition and the war on drugs have had on communities of color,” Dan Linn, executive director of Illinois NORML, told Marijuana Moment. “This legalization bill is just one step in righting those wrongs but by no means is the end of this conversation.”

Under the proposal, people with prior possession convictions for 30 grams or less of cannabis would have their records expunged by the state attorney general after consideration by the Prisoner Review Board and a gubernatorial pardon, and those convicted of possession for greater than 30 grams but fewer than 500 grams could petition the courts for expungement.

“The Illinois Legislature has set a standard of excellence with this bill that other states seeking to pass similar legislation should follow,” Steve Hawkins, executive director of the Marijuana Policy Project, said in a press release. “Marijuana was at the heart of our nation’s disastrous war on drugs. This is a measure that will improve people’s lives on a level commensurate with the devastation wrought by prohibition.”

Medical cannabis patients would be allowed to cultivate up to five plants for therapeutic purposes, which isn’t allowed under the state’s existing medical program. The bill initially allowed for any adult to legally grow their own marijuana at home, but it was amended to instead decriminalize cultivation of up to five plants for non-patients. Instead of jail time, the offense would be punishable by a $100-$200 fine.

The state’s House Black Caucus remained concerned that the bill wouldn’t deliver enough for black-owned businesses in the lead up to the vote, according to Politico.

THIS JUST IN….Playbook hears the House Black Caucus still has concerns about the marijuana legislation heading to the House after getting Senate approval. At issue: not enough opportunity for black-owned businesses. Check in with this thread–focused today on Legislature news

But during the floor debate, one of the caucus members, Rep. Marcus Evans (D), made his support for the bill and its social equity provisions clear.

“I am a black man from the South Side of Chicago,” he said. The war on drugs has ravaged my community and impacted my family. I’ve had trepidation, but this bill warms my heart.”

Also at the debate, Rep. Anthony DeLuca (D) said that he couldn’t support the legislation, arguing that it would send the wrong message to young people. But before yielding, the lawmaker reenacted an infamous anti-marijuana campaign advertisement.

The bill would allow individuals who’ve lived in an area that has been disproportionately impacted by prohibition, or who’ve been convicted of an offense that could be expunged under the legislation, to apply for business licenses as social equity applicants. That designation would give them a leg up in the licensing process and provide for fee waivers.

The legislation would also create a $30 million low-interest loan program to help disadvantaged people pay for the startup costs of launching a cannabis business.

We legalized adult-use cannabis, creating the most equity-centric system in this nation which will right historic wrongs and reinvest in the communities that have suffered the most because of the War on Drugs. pic.twitter.com/4grMqIzG5E

“Illinois has put in place a set of equity provisions that should serve as a national model for other state legislatures grappling with how to redress the harm caused to communities targeted in the drug war,” Hawkins, of the Marijuana Policy Project, said. “The expungement remedy in the Illinois bill is truly historic. It will potentially clear the slate of over 750,000 cases, vastly exceeding any other state’s remedy on expungement for marijuana convictions.”

Under the proposed timeline for the rollout of the program, its provisions would take effect on January 1, 2020. Existing medical cannabis shops would have the advantage when it comes to securing licenses, and licenses for new dispensaries would have to be issued by May 1. Processors, craft growers and transporters would be licensed by July 1.

Pritzker made cannabis legalization a central tenet of his gubernatorial campaign last year. He said shortly after the election that passing legislation to end prohibition was something he wanted to do “right away,” but crafting and negotiating over the bill ultimately took several months.

He worked with lawmakers throughout the legislative process, finally revealing early details about the plan in early May.

Pritzker also included revenue from legalization in his budget proposal, arguing that creating a regulated market would stimulate job growth and bolster the economy. A separate analysis of the potential windfall from legalization estimated that Illinois would bring in over $500 million in tax revenue in the first year.

This story was updated to include comments from Pritzker.