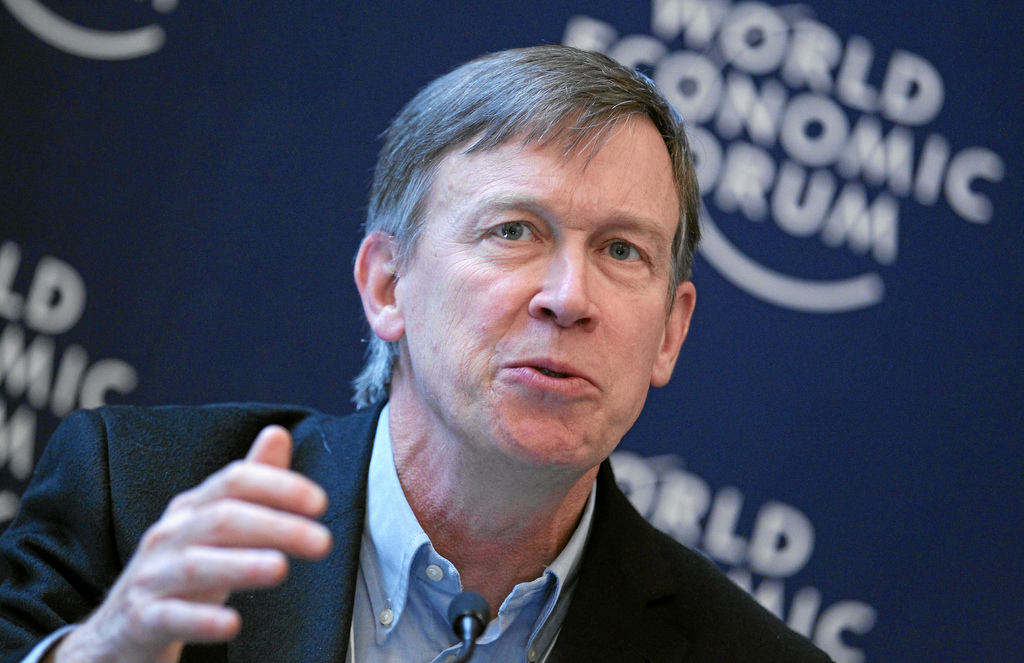 The former governor of Colorado is using marijuana legalization to raise money for his 2020 Democratic presidential campaign—even though he opposed ending cannabis prohibition in his state before voters approved it.

In an Instagram story posted on Thursday, John Hickenlooper polled his followers on whether they support descheduling cannabis and said that Colorado promoted social equity in the industry after the state legalized while he was governor. 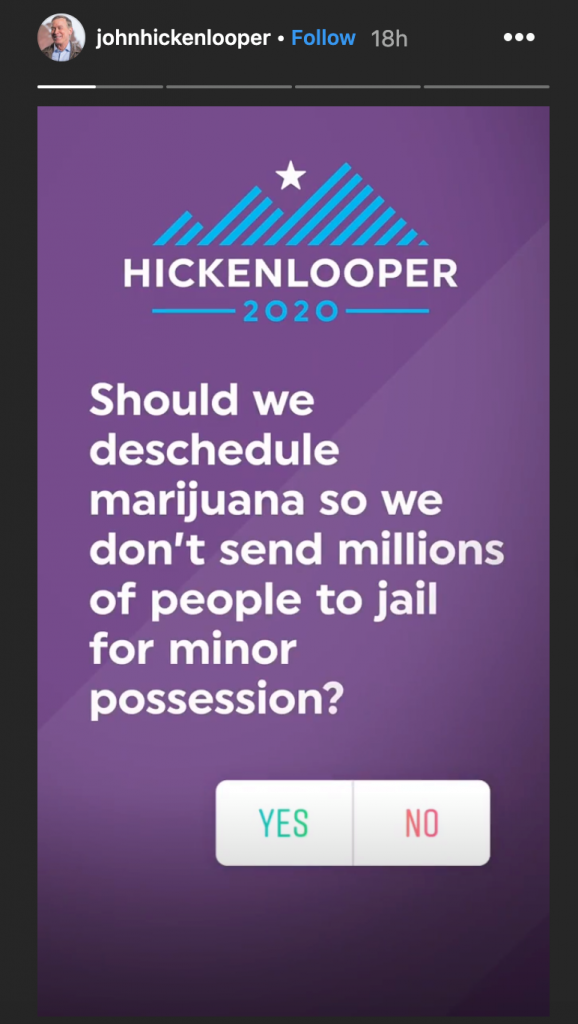 “While I was Governor, Colorado became the first state to legalize marijuana. And we worked to address the social and racial inequities that plague marijuana sentencing,” one slide states. 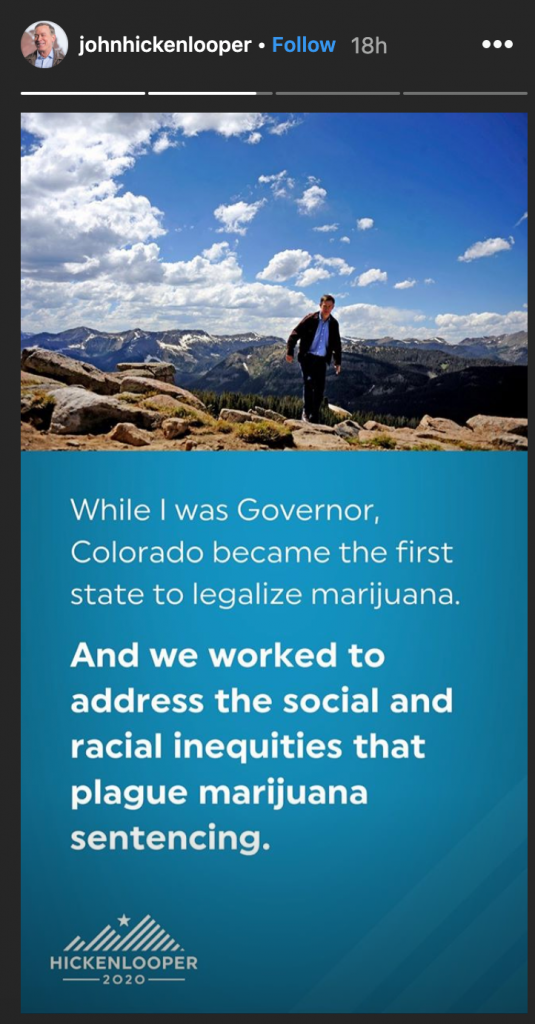 “As President, I will make sure we do what we did in Colorado: Decriminalize marijuana, and put a system in place that allows non-violent, misdemeanor offenders to seal their records,” another adds. 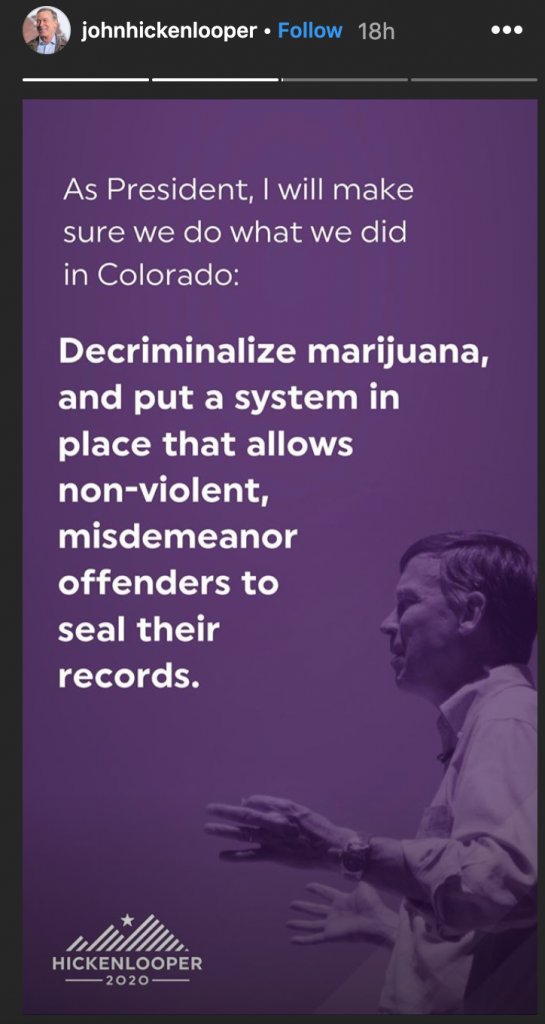 The Instagram story ends with Hickenlooper asking followers to donate to his campaign if “this is the kind of action you want to see on the national level.” 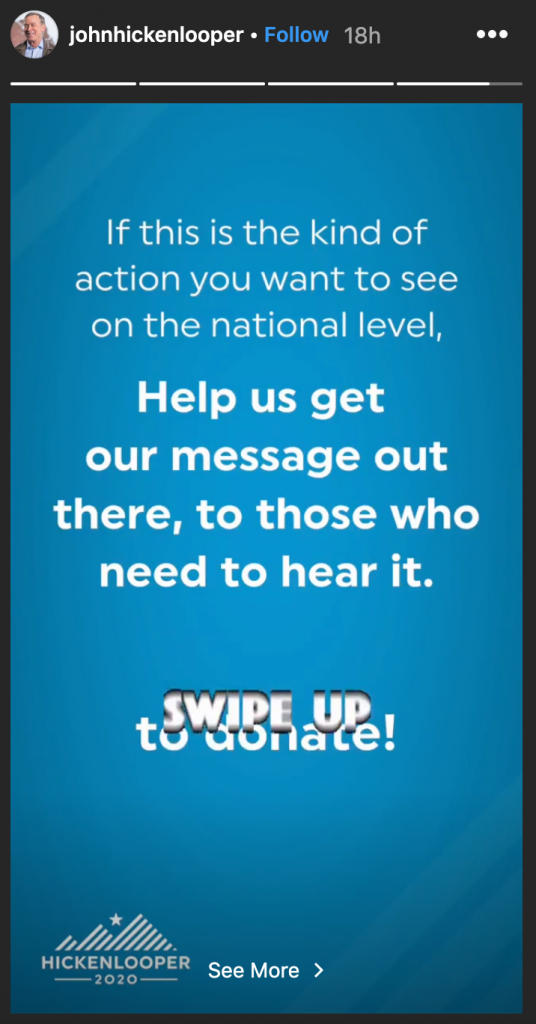 But the nuances of the candidate’s evolution on cannabis reform didn’t quite fit into the vanishing post series. In particular, while the state did legalize marijuana while he was in office, the movement wasn’t helped in the least by Hickenlooper, who actively campaign against the measure.

His stance has shifted demonstrably after voters approved the measure over his objections, however.

In addition to effectively implementing the measure he initially opposed, Hickenlooper has now gone so far as to voice support for allowing states to decriminalize drugs beyond cannabis.

But his legacy on marijuana reform while governor is further marred by a string of vetos that became fodder for his pro-legalization successor, Gov. Jared Polis (D).

Whereas Hickenlooper vetoed bills to expand the state’s legal market by allowing marijuana “tasting rooms,” home deliveries and by adding autism to the list of conditions that qualify individuals for medical cannabis, Polis signed such legislation within the first six months he’s been in office.