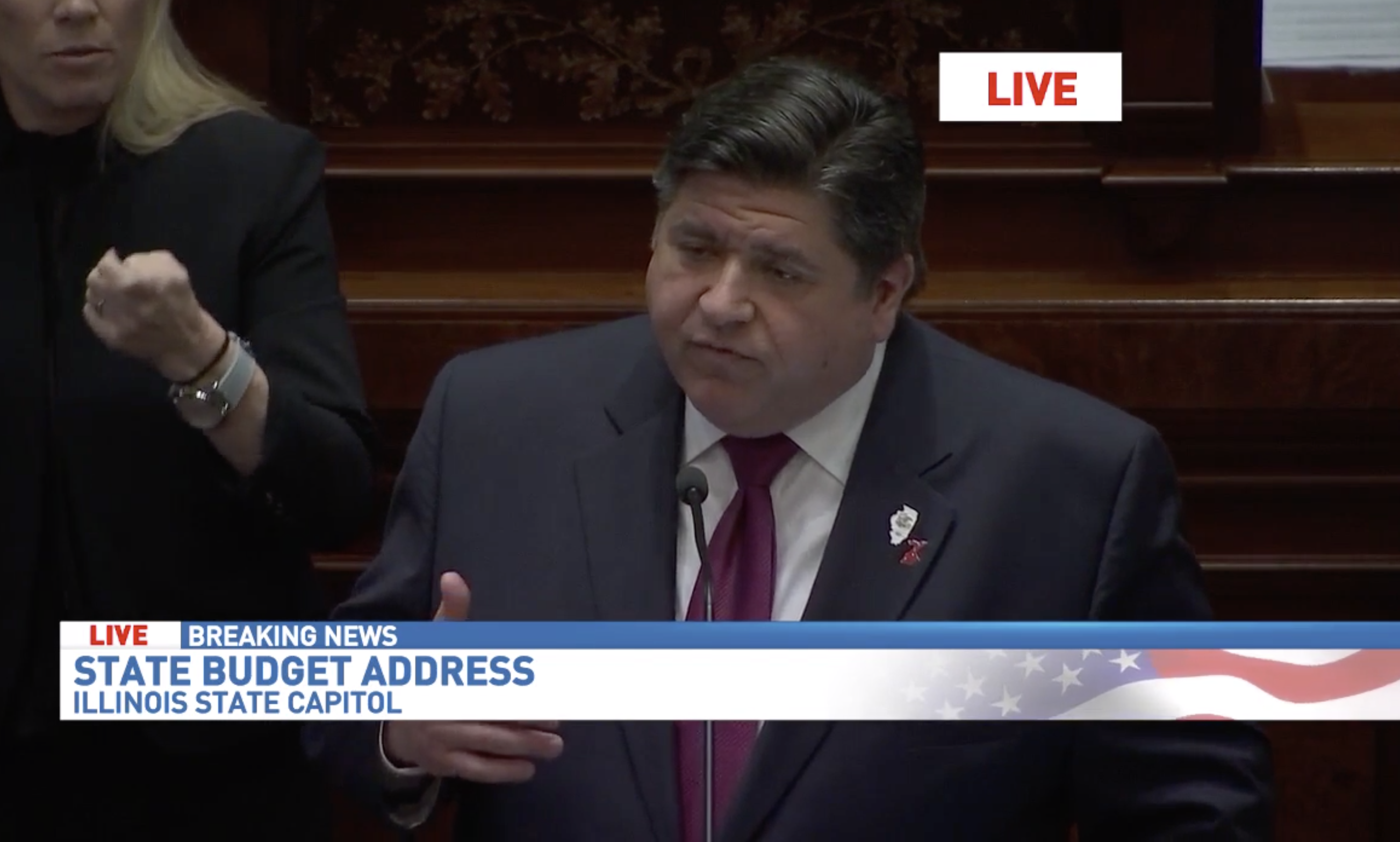 The governors of Connecticut and Illinois both said on Wednesday that legalizing marijuana should be a part of plans to generate revenue for their cash-strapped states.

Illinois Gov. J.B. Pritzker (D), who campaigned last year on a pro-legalization platform, said that the state needed to “embrace some near term reasonable—and realistic—new revenue” in a speech detailing his budget proposal.

“Let’s begin with this: By legalizing and regulating adult-use cannabis in this legislative session, we will create jobs and bring in $170 million in licensing and other fees in this fiscal year 2020,” he said.

✅ Let’s enact a tax on insurance companies to help cover the costs of the state’s Medicaid program.

While the move would bring economic benefits for the state, Pritzker added, “I have noted many times that I don’t view this issue through a purely financial lens.”

“I think we should take this action for our state because of the beneficial criminal and social justice implications and the jobs that it will create. And let’s be honest, like it or not, cannabis is readily available right now. I would rather the state tax it and regulate it than deny the reality of its use and accessibility.”

Watch Pritzker’s marijuana legalization comments at about 32:25 into the video below:

Pritzker’s budget plan would provide for the licensing of more than 2,000 cannabis cultivators, which would “accelerate more than $200 million in future cannabis tax revenue” through a licensing and tax credit system. 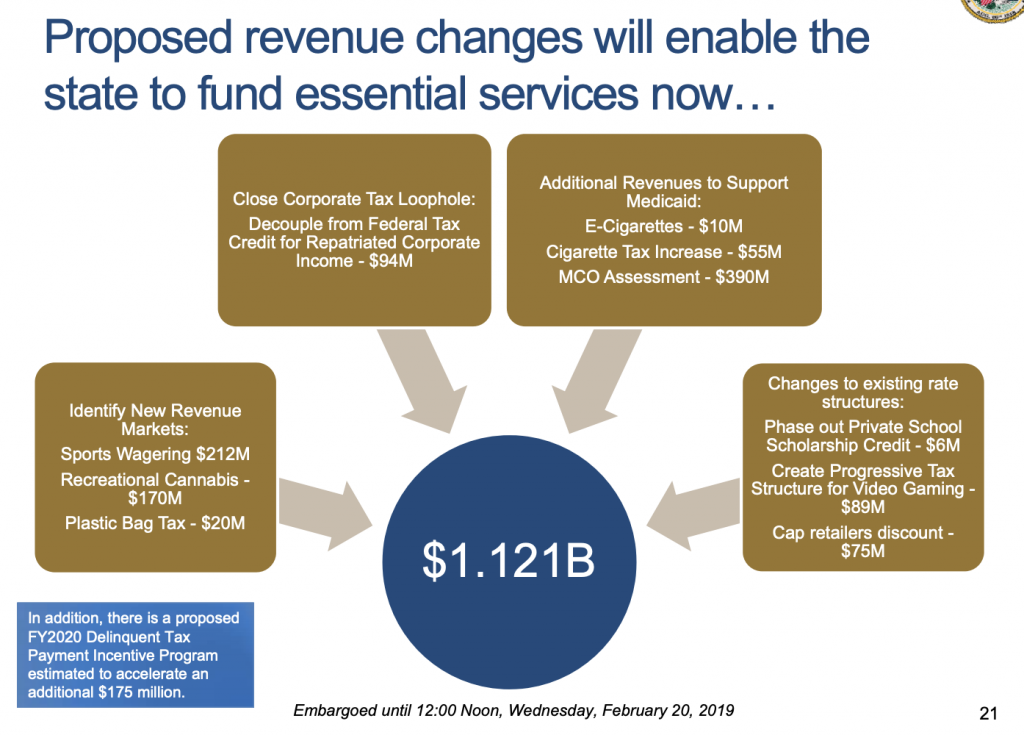 Overall, “it is estimated that $170 million will be realized in fiscal year 2020,” the budget proposal states. “Initial license fees would be the same price as the current medical cannabis renewal fee of $100,000. Credits against future cannabis taxes would be equal to 1/5th of 90 percent of the license fee, reducing the economic cost of the licenses to a value closer to the fees in other states.”

Connecticut Gov. Ned Lamont (D) also unveiled his two-year budget proposal on Wednesday and, while he isn’t counting on revenue from the possible future legalization of cannabis in his recommendations to lawmakers, he emphasized during a speech that ending prohibition could represent an additional new revenue source for the state.

Lamont, who said that cannabis reform would be one of his “priorities” after he was elected last year, argued that it is important to develop “new sources of revenue” beyond his budget proposals.

That includes “legalized recreational marijuana like our neighbors, that will be carefully regulated for a safer market, with tax,” he said during the speech.

Connecticut remains one of the states where legalization is most likely to pass in 2019, regardless of its exclusion from the budget plan. A House bill to tax and regulate marijuana sales that was filed last month has 40 cosponsors—more than a quarter of the chamber’s members.

Elsewhere in the U.S., Wisconsin Gov. Tony Evers (D) said this week that his budget proposal, which is set to be released later this month, will include plans to legalize medical marijuana and eliminate penalties for low-level cannabis possession, manufacturing and distribution. Individuals with prior marijuana convictions could also apply to have their records cleared under his plan.

Evers said his proposal calls for decriminalization instead of legalization because the administration is “starting with places that we feel we can win.”

In Rhode Island,  Gov. Gina Raimondo (D) included legislative language to accomplish marijuana legalization in her budget proposal last month. According to the plan, legal sales will bring in about $22 million in tax revenue annually.