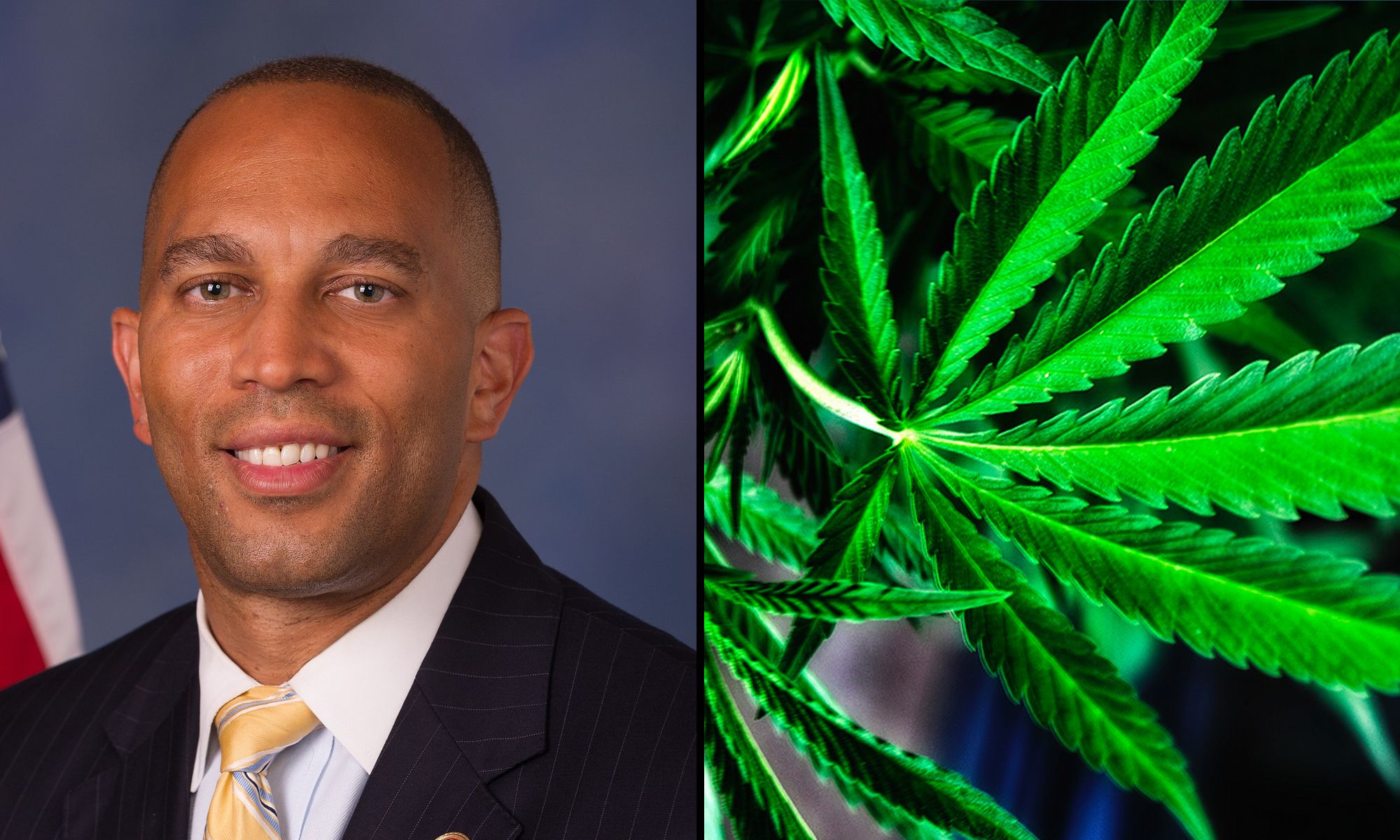 The incoming House Democratic majority’s fifth top ranking member says that after the recent passage of criminal justice reform legislation entitled The First Step Act, the “next step” should be to enact far-reaching marijuana reforms.

Rep. Hakeem Jeffries (D-NY), who was elected to new party leadership position last month, has been an outspoken advocate for cannabis decriminalization. Though his House Democratic Caucus chair win over Rep. Barbara Lee (D-CA) disappointed some progressives, his aggressive stance on marijuana reform in 2019 could help endear him to the party’s base.

The congressman has repeatedly condemned racially disproportionate arrest rates for simple marijuana possession, including in parts of New York City that he represents.

“New York City is often known as one of the more progressive places in the country, but I’m ashamed of the fact that it is also the marijuana arrest capitol of the world,” he said in September. “More people in New York City over the last decade or so have been arrested for simple possession of marijuana than in any other place in the world. And the unfortunate part about that—even in a place like New York City that prides itself on social, racial and economic inclusion—is that a disproportionate number of people arrested are black and Latino.”

We need marijuana arrest reform in NYC (and throughout America). Stop criminalizing our young people! pic.twitter.com/d12v9lKKAj

In his capacity as House Caucus chair, Jeffries will be uniquely positioned to help guide the party’s efforts on cannabis legislation, conferring with likely incoming House Speaker Nancy Pelosi (D-CA) and committee chairs as the new Democratic majority sets its priorities.

Rep. Earl Blumenauer (D-OR) laid out a step-by-step plan to that end earlier this year in a memo to party leaders that he called a “Blueprint to Legalize Marijuana in the 116th Congress.”

The plan involves having multiple committee chairs hold hearings on various aspects of cannabis reform and ultimately delivering a package of reform bills that will pave the path to federal decriminalization and legalization.

“Those who are actually looking to champion criminal justice reform should work with us on key elements surrounding our outdated federal marijuana policy, like federal decriminalization and expungement for non-violent drug offenses,” Blumenauer said in a separate statement about the passage of the criminal justice bill. “Congress needs to do more to transform our justice system from punitive to rehabilitative.”

These States Are Most Likely To Legalize Marijuana In 2019