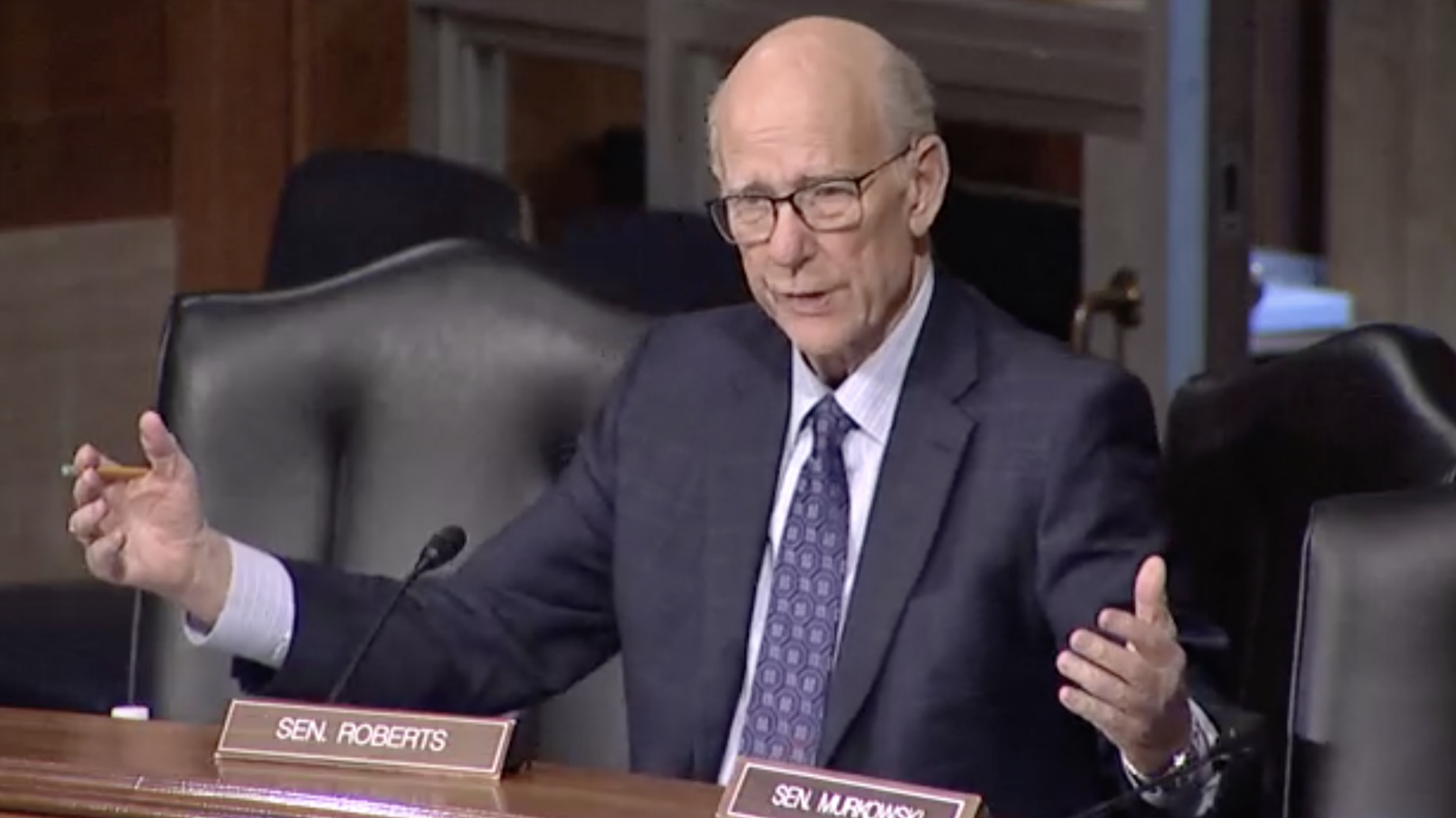 Sen. Pat Roberts (R-KS) said on Wednesday that he’s tried using CBD to relieve knee pain, but it didn’t work for him. He joked about the compound’s potential to promote hair growth.

During a Senate Health, Education, Labor and Pensions Committee confirmation hearing for Stephen Hahn, the nominee to become Food and Drug Administration (FDA) commissioner, the senator shared the personal anecdote while making a broader point about the need for research into the cannabis ingredient.

“I have a personal interest in this,” Roberts said. “I don’t know why I’m bringing this up, but I have football knees. My wife insists that this little bottle of CBD stuff that you can put that on your knees and it’s going to work. It doesn’t. Well, at least for me it doesn’t.”

“But this is being used for everything. I was gonna mention [Sen. Bob Casey (D-PA)], myself and then you, sir, about the possibility of growth of hair,” he said, observing that both senators and the FDA nominee all lack full heads of hair. “This is ridiculous.”

Watch Roberts’s CBD remark at around 1:54:00 into the video below:

The exchange ended on a more serious note, with Roberts emphasizing that hemp farmers are eager for FDA to develop a regulatory framework for CBD products, but that the compound must also be carefully studied.

“I think there are unanswered questions that need to be filled in by data and science and research,” the nominee said, adding that there are signs that CBD “can be an effective medical product and I think we have to have a clear and transparent framework for assessing them, certainly on the medical product side.”

Today, I discussed animal health, biotechnology and CBD with Dr. Stephen Hahn, the nominee for Commissioner of the @US_FDA
Read more: https://t.co/HPy4Q2xDxZ

Hahn also recognized the therapeutic potential of CBD while taking questions from Sen. Jacky Rosen (D-NV), who noted that the compound is known to treat childhood seizure disorders but pointed out scientists continue to struggle accessing cannabis for research purposes to explore its impact on other conditions. The senator asked what can be done to streamline research into Schedule I substances such as marijuana.

“The top-line answer to that is clarity and transparency about what the rules of the road are,” the nominee said. “It’s really important for all innovators as they try to bring new medical products to patients across America.”

“The issue of CBD, which you described, in fact it is an active ingredient in this drug that was approved for a very serious childhood seizure disorder,” he said, referring to the prescription medication Epidiolex. “I think that tells us that there is a pathway for medical products. There are also some indications—cancer, palliative care setting—where CBD might be of benefit, but there are some open and unanswered questions that have to be filled with research.”

ICYMI: yesterday, I asked the Admin’s FDA nominee about making it easier for researchers to study marijuana & see what other treatments could be derived from it—following the success of CBD as an ingredient in medicine to treat seizures in children with a severe form of epilepsy. pic.twitter.com/yvrRJfMlaI

Hahn said that research should address what kind of dosages of CBD are best for different conditions and what the implications of long-term use are. He also expressed concern about companies making unsubstantiated claims about what their CBD products can treat.

Former FDA Commissioner Scott Gottlieb also repeatedly stressed that the agency would take action against CBD companies that make especially outlandish medical claims about their products. However, while Gottlieb was often dismissive of the therapeutic potential of these products—suggesting that pets who benefitted from them were simply high from THC, for example—Hahn appears more open-minded about what the compound has to offer.