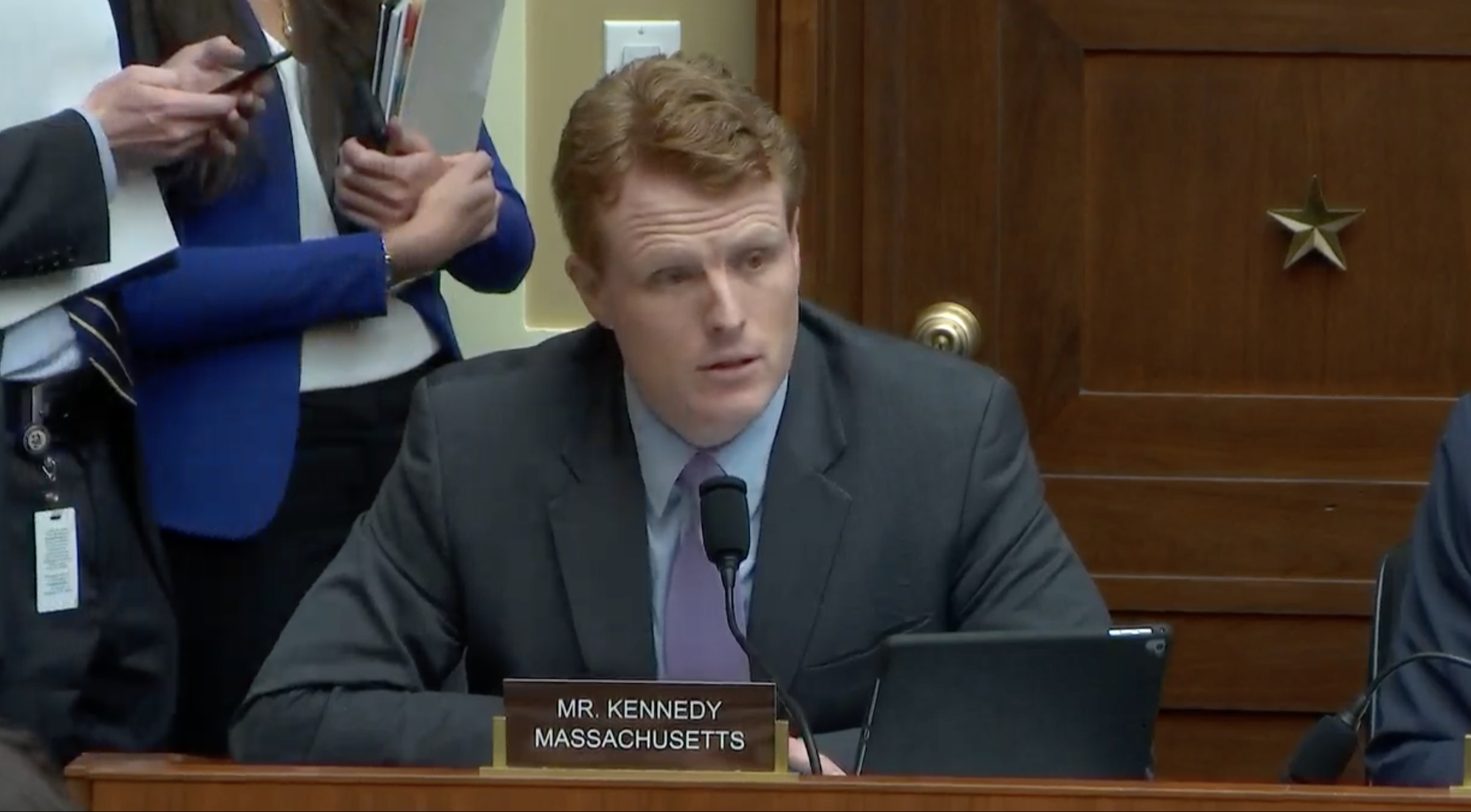 A congressman who formerly opposed marijuana reform said at a congressional hearing on Wednesday that he’s secured a follow-up meeting so that the voices of individuals most impacted by prohibition are represented in the debate on legalization.

In his opening remarks at the House Energy and Commerce Subcommittee on Health hearing, which is focused on six pieces of cannabis reform legislation, Rep. Joe Kennedy III (D-MA) said this “is a critical debate and it is long overdue.”

“Federal prohibition has failed—from our criminal justice system to our healthcare system to our state and local governments that are forced to navigate an impossible landscape,” he said. “To that end, government officials and elected representatives and important witnesses bring an important perspective to this conversation.”

That’s not enough, though, Kennedy said, referring to the fact that witnesses at Wednesday’s hearing consisted only of federal officials from the Drug Enforcement Administration, Food and Drug Administration and National Institute on Drug Abuse.

“There are also critical stakeholders who are missing: those whose lives have been directly touched by our broken marijuana policies, people unjustly incarcerated, patients who rely on medical cannabis, researchers with expertise who are yearning to learn more, small business owners trying to find fair footing in a new industry,” he said.

Watch Kennedy’s comments in the video below:

Kennedy, who recently cosponsored a comprehensive legalization bill introduced by the chair of the Judiciary Committee, also revealed that there have been ongoing conversations with the subcommittee chairwoman, who “has committed to continue working with us on a second hearing that will center those voices in this debate.”

The congressman’s recognition of the failures of the drug war and the harm it’s done to certain communities reflects a significant evolution in his thinking on the issue.

In the past, Kennedy unsuccessfully campaigned against legalization in his home state of Massachusetts, and he voted against modest bipartisan House measures such as an amendment allowing veterans to access medical cannabis and another shielding children and families who use CBD from federal enforcement.

The congressman also received criticism in 2018 when he suggested in a podcast interview that marijuana should remain criminalized so that it’d be easier for law enforcement to search people’s vehicles.

“If you smelled [marijuana] in a car, you could search a car,” he said at the time. “When it became decriminalized, you couldn’t do that.”

But last year, he took reform advocates and prohibitionists by surprise when he announced that he believes legalization is “our best chance to actually dedicate resources toward consumer safety, abuse prevention, and treatment for those who need it.”

That news likely disappointed Kennedy’s relative, former Rep. Patrick Kennedy (D-RI), who is a cofounder of prohibitionist group Smart Approaches to Marijuana (SAM) and continues to be a leading voice against legalization.

A representative of SAM did not respond to Marijuana Moment’s request for reaction to Joe Kennedy’s new comments.