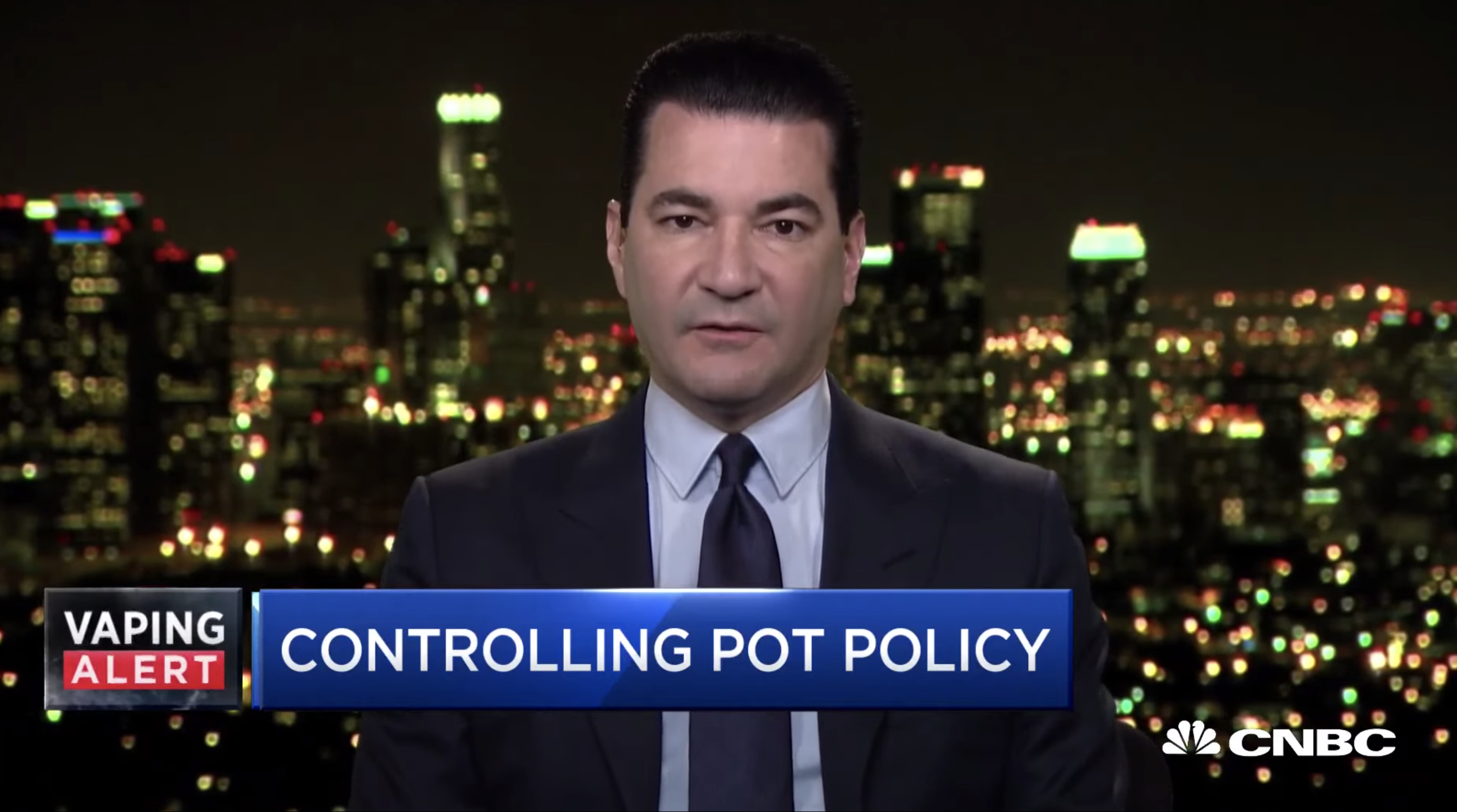 In his clearest comments on the issue to date, Gottlieb said in a CNBC appearance that the rise in vaping-related lung injuries underscores the need for a federal regulatory scheme that would empower agencies to impose industry standards on aspects of legal cannabis markets such as THC potency and allowable forms of consumption.

Previously, the official had been ambiguous about the extent to which the federal government should get involved, broadly arguing that vaping issues reflect a consequence of conflicting state and federal laws without specifically saying what his preferred policy fix would be. However, in an editorial for The Wall Street Journal published last week, he provided some clarification—hinting that federal drug scheduling laws should be reformed for cannabis—but still left room for interpretation.

But now, he is beginning to lay out specific details of a regulatory agenda.

Gottlieb said during the TV interview that enforcing prohibition is no longer “politically practicable” and that Congress should pass “a federal law that actually can be enforced and allow federal regulatory authorities to impose appropriate supervision.”

While he said he’s not in favor of adult-use legalization and would “like to see the recreational uses shut down entirely,” the reality is that many states have made that decision and so any federal regulatory scheme would have to include “some accommodation of that.”

“I think the time has come that we need to grapple with this at a federal level. We can’t ignore it any more.”

Asked whether states are capable of providing the types of regulations he’s calling for, Gottlieb said no because there’s a patchwork of policies across the country and states “don’t have the capacity to both police what’s being sold in their so-called legal dispensaries as well as shut down the black market.”

“I think you’re going to need federal authorities in there to do that,” he said.

Under the regulatory model Gottlieb is envisioning, FDA and other agencies such as the Drug Enforcement Administration (DEA) “could regulate what’s being sold for the potency, for the manufacturing, for the ingredients, for the claims that are being made.”

“Even if we were to federalize it and allow some form of recreational use, we could limit what can be sold, the potency of what could be sold, the forms in which it can be sold,” he said, adding that he doesn’t think vaping THC products should be allowed.

Federal agencies could impose “tighter controls on the medical claims, holding them to a higher standard and allowing some form of recreational use, probably for products that are lower concentration, that are only delivered in forms that pose less harm than vaping e-liquids,” he said.

“There’s a way to have a compromise where you allow some form of recreational access in the states that want to allow it but something that looks far different than what you have today, something that’s far less permissive than the state laws,” he said. “That’s not a great outcome in my view from a public health standpoint, but what we have now is far worse where you have a federal government not enforcing the law at all—barely enforcing the law—because they know the existing law isn’t practical, and the states not imposing any supervision because they’re incapable of doing it or they don’t want to step in in a vigorous way.”