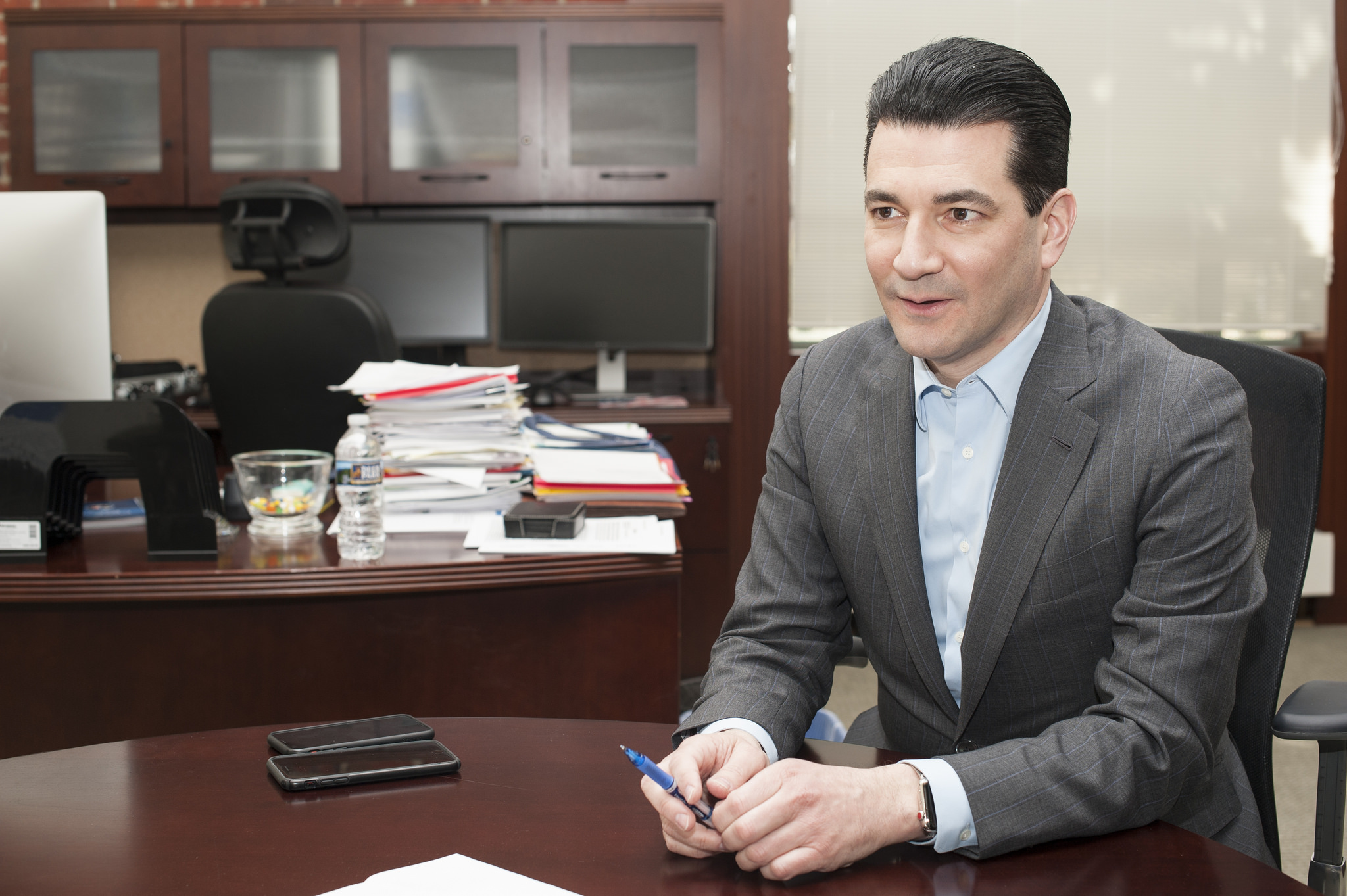 In an op-ed published in The Wall Street Journal on Friday, Gottlieb said the recent spike in vaping-related lung injuries involving contaminated THC cartridges demonstrates the need for federal regulations.

While he expressed frustration over the “federal government’s decade-long refusal to challenge state laws legalizing pot,” he also recognized that enforcing prohibition in legal states isn’t politically practical and floated a “feasible compromise” that would “require Congress to take marijuana out of the existing paradigm for drug scheduling, especially if Congress wants to allow carefully regulated access for uses that fall outside FDA-approved drug indications.”

That language leaves room for interpretation, but he goes on to say that the “ship has probably sailed on legalization for recreational use” and that “regulation of the potency of THC compounds, the forms they take, how they’re manufactured, and who can make purchases ought to be possible.”

Gottlieb stopped short of explicitly backing descheduling, which would represent a formal end to federal prohibition. Still, his recommendation that the government control aspects of legal marijuana markets like THC potency is a more concrete position than he’s taken in recent weeks, where he’s repeatedly bemoaned the lack of regulations and the gap between state and federal cannabis laws as contributing to vaping issues without endorsing a specific policy to correct it.

It’s clear in the editorial that the former commissioner feels Congress has missed its opportunity to prevent the proliferation of state-legal cannabis programs. And he criticized the Obama administration for issuing guidance that offered states some assurances that the Justice Department wouldn’t interfere in their markets, as well as congressional riders barring the department from using its funds to enforce prohibition against medical cannabis patients and providers following state laws.

My Op Ed in today’s @WSJopinion – The tragic vape injuries involving THC demand that we consider a federal reckoning when it comes to the dangerous conflict between state and federal pot laws that leave federal regulators on sidelines https://t.co/HGptTfx8Db

“The result is an impasse,” he wrote. “Federal agencies exert little oversight, and regulation is left to a patchwork of inadequate state agencies. The weak state bodies sanction the adoption of unsafe practices such as vaping concentrates, while allowing an illegal market in cannabis to flourish.”

One area where FDA might be able to exercise its regulatory authority in this grey space would involve oversight of vaping hardware. Because the agency is able to regulate the “components and parts” of vapes for tobacco use—and because companies generally market those products as being intended for the use of vaporizing herbs and concentrates generally—it could be argued that FDA has jurisdiction over regulating the devices. However, that would still prove challenging “without clear laws and firm political support,” Gottlieb said.

My Op Ed in @WSJopinion – The conflict between federal and state law when it comes to marijuana has created a dangerous gap in oversight. It's about time we consider a new federal paradigm when it comes to regulation of cannabis and its active ingredients https://t.co/QifVa5Dbfq

“THC is currently illegal under federal law,” he said. “Right now there’s no middle ground allowing federal agencies to scrutinize these compounds for their manufacturing, marketing and safety.”

Again, it’s not exactly clear what kind of federal regulation Gottlieb is proposing to Congress. He spends part of his op-ed noting the difficulties scientists face in obtaining high quality cannabis for research purposes—an issue that policymakers have indicated rescheduling could resolve—but he also said the government should ensure that any reform move is “backed up with oversight and vigorous enforcement to keep a black market from continuing to flourish and causing these lung injuries.”

That’s led some to assume he’s talking about descheduling and providing for broad regulations, as regulating the market is largely viewed as a primary means of disrupting the illicit market and enforcing safety standards for marijuana products. But the continued ambiguity of his position raises questions about whether he’s actually proposing Congress should go that far.

“The protracted hand-wringing over federal cannabis policy must stop,” he said. “The tragic spate of fatalities related to vaping of pot concentrates means the time has come for Congress and the White House to stop blowing smoke and clear the air.”