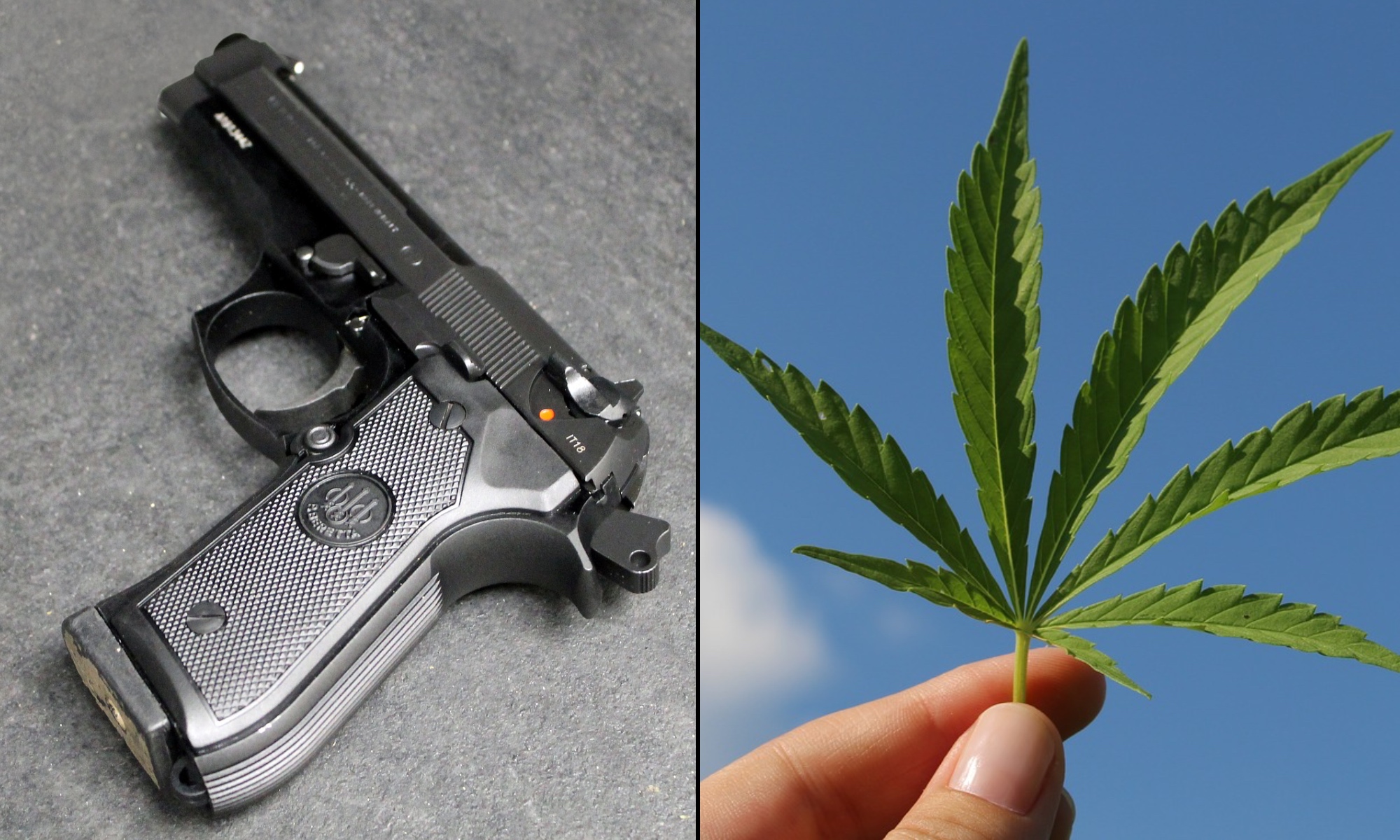 Florida’s agriculture commissioner on Wednesday filed a lawsuit against the Biden administration, arguing that the federal government is unconstitutionally depriving medical cannabis patients of their Second Amendment right to purchase and possess firearms.

The suit from Agriculture and Consumer Services Commissioner Nikki Fried (D), who is also running for governor, also makes a unique legal argument that a congressional spending rider preventing the use of Justice Department funds to interfere in the implementation of medical marijuana programs means that the feds can’t deny patients their right to bear arms.

As it stands, in order to buy a gun, people are required to fill out a federal form that explicitly asks about the use of illegal drugs—including cannabis. Those who admit to marijuana use are ineligible to make the purchase and could face up to five years in prison if they lie, regardless of state cannabis laws.

I’m suing the Biden Administration because people’s rights are being limited. Medical marijuana is legal. Guns are legal.

This is about people’s rights and their freedoms to responsibly have both.

“To be clear, I am in no way challenging the federal government’s right to enact reasonable gun regulations that protect the public,” Fried said at a press briefing on Wednesday. “In fact, I believe the federal government needs to take more common sense actions to keep families and communities safe from the senseless and horrific gun violence that has tragically impacted our state over the years. And my record speaks for itself on this. But denying the Second Amendment rights of medical marijuana patients is not about safety.”

Fried brought the lawsuit alongside two medical marijuana patients in the state, as well as Neill Franklin, a retired police officer and former executive director of the Law Enforcement Action Partnership (LEAP) who has declined to use medical cannabis despite its therapeutic value for pain he experiences because of the potential gun rights ramifications.

The lawsuit is directed at Attorney General Merrick Garland and the head of the federal Bureau of Alcohol, Tobacco, Firearms and Explosives (ATF).

“The importance here is a person should not have to forfeit their Second Amendment rights afforded to them, spelled out in the Constitution,” Franklin told Marijuana Moment in a phone interview on Wednesday.

“What’s up with the federal government? Why do they not see this? What is the problem?” he said, adding that the feds “shouldn’t be putting people in these types of circumstances where you have to choose one or the other: their Second Amendment right or using cannabis to deal with whatever their medical condition is.”

Fried, for her part, said that there’s “no evidence that medical marijuana use of use makes individuals more dangerous or violent.”

“What this is, plain and simple, is yet another violation of medical marijuana patients’ rights due to discrepancies in cannabis laws, punishing them for state-legal activity without a reasonable basis to do so,” the commissioner, whose department has some jurisdiction over firearms in the state, said.

The lawsuit, first reported by NBC News, states that the DOJ and ATF’s “irrational, inconsistent, and incoherent federal marijuana policy undermines Florida’s medical marijuana and firearms laws and prevents Commissioner Fried from ensuring that Floridians receive the state rights relating to them.”

Denying Second Amendment rights to people who lawfully use medical marijuana in compliance with state law “does not survive any level of appropriate legal scrutiny,” it says.

A key component of the legal challenge is based on a unique interpretation of a congressional spending bill rider known as the Rohrabacher-Farr Amendment, which prevents the Justice Department from using federal funds to interfere in the implementation of state medical cannabis programs.

By preventing people like Franklin from using medical marijuana without risking the loss of their right to buy firearms, the federal government is effectively violating that rider by blocking Florida from adding new patients to grow its program, the suit says.

The suit seeks to enjoin the federal agencies from enforcing the gun ban based on state-legal medical marijuana use on the basis that the policy violates the Second Amendment and the congressional rider.

It also specifically challenges the justification of the ban, arguing that marijuana use does not make a person more inclined to violent or dangerous behavior.

“If the Defendants were correct that medical marijuana use led to increased violent behavior, then it would be reasonable to expect that pertinent violent crime statistics would bear that out,” it says. “However, as these facts and evidence to be elicited at trial will show, they do not.”

Back in Florida, the commissioner has closely aligned herself with the cannabis reform movement, backing legalization and working to support the state’s hemp industry.

For example, the department she oversees recently announced a scholarship essay contest where Florida students from grades 4-12 are being invited to brainstorm new uses for hemp.

Fried has publicly stated that she’s a medical cannabis cardholder in the state, and she previously lobbied on behalf of a plant farm that was later bought out by a major cannabis company before she became the Florida’s top agriculture regulator.

She frequently talks about her advocacy for cannabis policy reform on social media, and she has investments in a marijuana company.

Regulators in her office have criticized Oregon hemp businesses over hemp products that they say contain rocks and sticks and have failed to meet regulatory guidelines on allowable THC content. Instead, consumers should buy local products made in Florida, Fried’s department said.

In 2018, the national bank Wells Fargo fired Fried as a client because her campaign has received donations from “lobbyists from the medical marijuana industry.”

Read the text of the lawsuit against DOJ and ATF on medical marijuana and gun rights below:

Another US Senate Candidate Smokes Marijuana In Campaign Ad, Calling For Reform On 4/20

Another US Senate Candidate Smokes Marijuana In Campaign Ad, Calling For Reform On 4/20