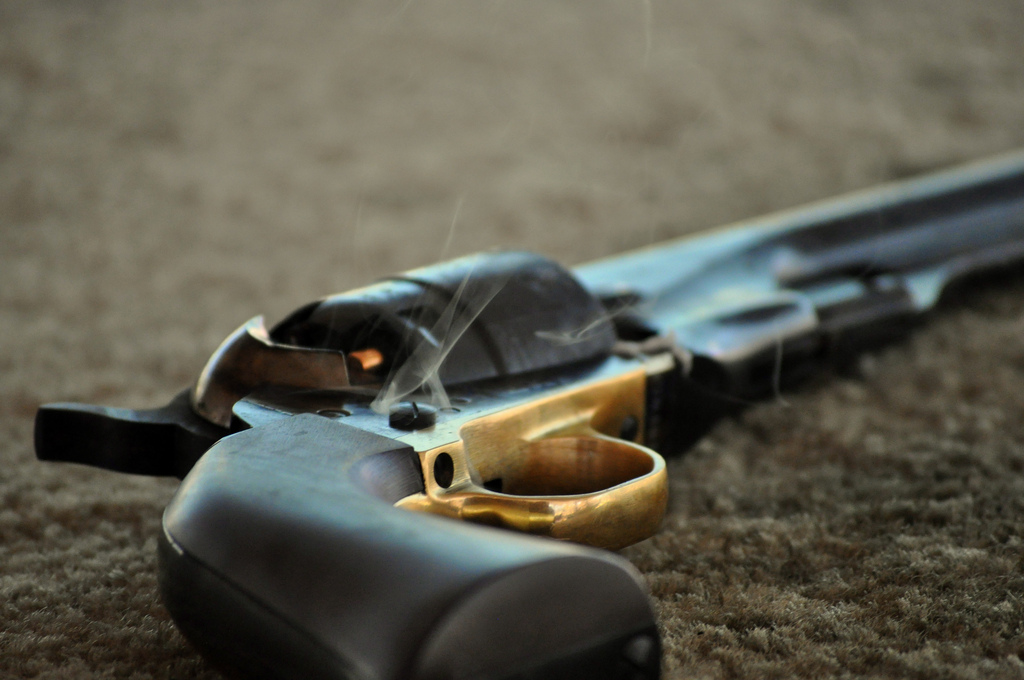 The Department of Justice has issued a new advisory requiring gun dealers in one state to conduct federal background checks on all unlicensed gun buyers because existing policies, the government argues, have enabled “habitual marijuana users” and other disqualified individuals to obtain firearms illegally.

Though cannabis is legal for adults under Michigan state law, it remains a restricted Schedule I drug under the federal Controlled Substances Act. Consequently, consumers of marijuana have been forbidden from purchasing or possessing firearms.

Tuesday’s advisory from the Bureau of Alcohol, Tobacco, Firearms and Explosives (ATF) rescinds a 2006 provision that allowed Michigan gun dealers to accept a state-concealed pistol license (CPL) in lieu of conducting a federal background check. ATF says that, according to information from the FBI and other officials, concealed carry permits are being issued to people “without a determination by Michigan officials as to whether the applicant is prohibited under Federal law from possessing or transporting firearms.”

“Specifically, ATF learned that CPLs were and continue to be issued to applicants who were likely prohibited due to a conviction for a misdemeanor crime of domestic violence… and to habitual marijuana users,” the advisory says. “Although possession and use of marijuana is not unlawful under Michigan law, marijuana remains a ‘controlled substance’ under Federal law, and those using marijuana are prohibited from possessing or transporting a firearm.”

The change is largely administrative, as most gun buyers are already required to disclose whether or not they consume marijuana when they apply to purchase a gun. A question on the form for most would-be gun purchasers asks: “Are you an unlawful user of, or addicted to, marijuana or any depressant, stimulant, narcotic drug, or any other controlled substance?” Lying on the form is a felony.

The change will primarily affect people with misdemeanor domestic violence convictions, as those records will likely show up on federal background checks. How the shift will affect cannabis consumers is less clear, given that background checks wouldn’t return information on applicants’ private use of marijuana unless they were charged with a crime.

Michigan’s situation is the latest example of Second Amendment obstacles caused by the ongoing conflict between state and federal cannabis laws. Many other states that have legalized cannabis for adult or medical use have grappled with how to approach gun owners who also consume marijuana. In 2017, police in Honolulu sent letters to local medical marijuana patients instructing them to “voluntarily surrender” their firearms. (Opponents later questioned whether the order was legal.)

Last year, a Republican lawmaker introduced federal legislation to harmonize federal gun regulations with state cannabis laws in an effort to avoid further headaches. Rep. Alex Mooney’s (R-WV) Second Amendment Protection Act would amend federal law to allow state-legal medical marijuana patients to own guns. The measure, however, has not yet been scheduled for a vote in committee.

In late 2018, another Republican congressman, Rep. Thomas Massie (R-KY), told Marijuana Moment that he was considering a bill to extend Second Amendment protections to all legal marijuana consumers, not just medical patients. He has yet to introduce such legislation.

“This new advisory by the ATF is yet again an assault on Michigan’s state sovereignty and singularly targets the most law-abiding among us,” Michigan resident Josh Wayner told the website The Truth About Guns. “The citizens of Michigan voted to legalize marijuana in our state, and as a result of federal overreach, the government has decided to put upstanding citizens, who have the lowest rate of crime here, under the microscope for doing what is legal here if they choose to.”

Wayner added that they “are inadvertently going to drive more gun sales off the radar with this stupid power move.”

Read the full ATF memo below: