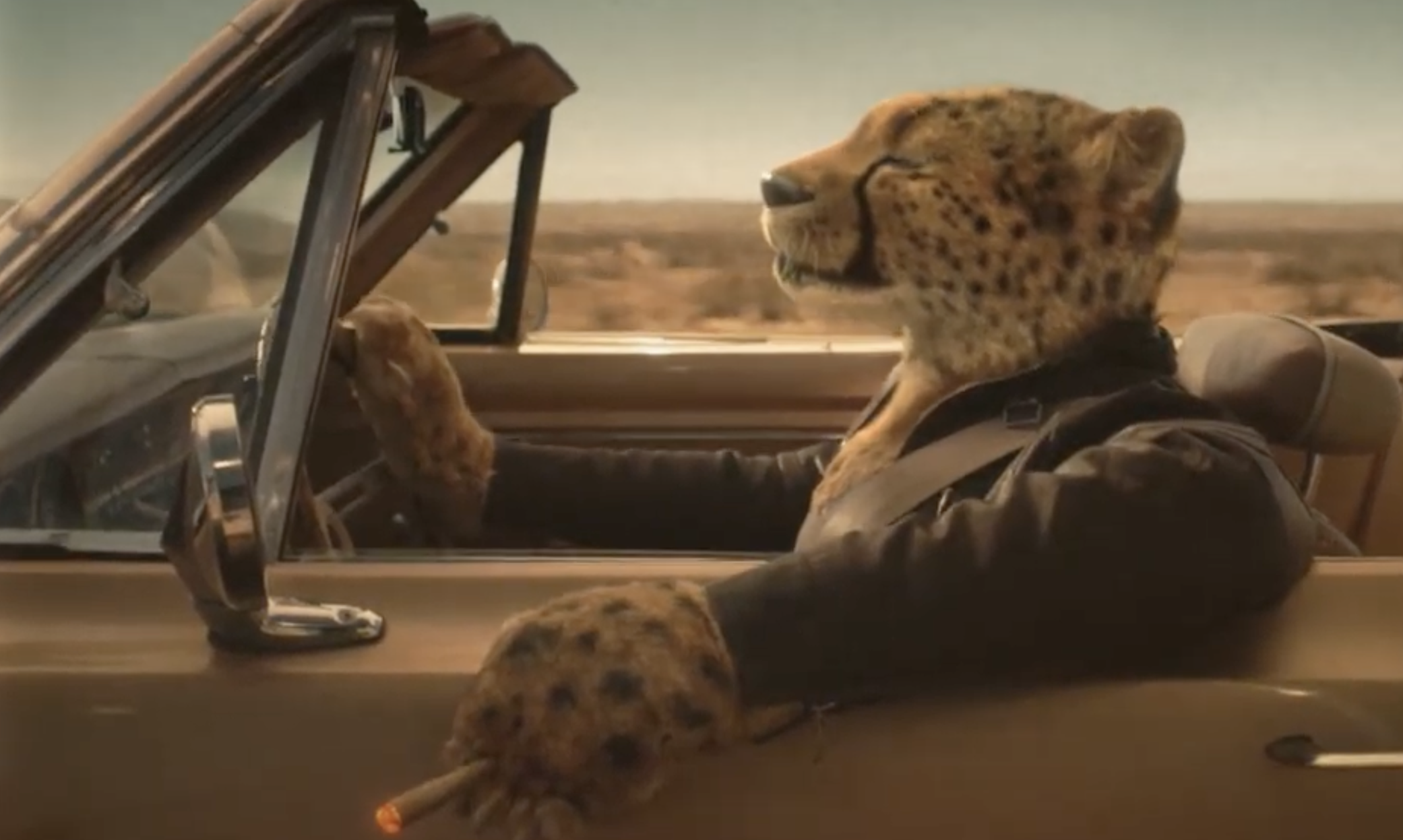 A cool-looking cheetah smoking a joint while driving is apparently how one federal agency decided to get out the word about the dangers of getting behind the wheel after consuming marijuana. People are understandably a little confused about the messaging.

While advocates and prohibitionists alike share an interest in preventing impaired driving, the National Highway Traffic Safety Administration (NHTSA) PSA has left some wondering why, of all potential stand-ins for an impaired driver, it went with an animated Tanzanian cheetah.

The world’s fastest land animal hardly fits the stereotype of a cannabis consumer that the government has historically played into. And as some Twitter users pointed out, the ad makes the cheetah look confusingly cool as he’s breaking the law.

I don’t even smoke weed or drive, but this made me want to.

Why did they make the cheetah so cool?

That cheetah looks cool as fuck

“The Tanzanian cheetah is known for its speed and agility, not its common sense,” the narrator in the federal ad says. “Here we see the Tanzanian cheetah driving high. Now he’s getting a DUI from the cheetah police, will have to pay up to 10,000 Cheetah dollars and will probably end up in cheetah jail.”

The spot, which was released last year but is being recirculated this season through promoted Twitter posts, is just one example of the government having the right intention—deterring driving while high—but delivering that message in a way that invites some creative criticism.

The Drug Enforcement Administration (DEA), for example, published a guide for parents this month that it says identifies the emojis most commonly used by young people to talk about buying and selling illicit drugs. Not everyone is convinced that it provides the most accurate overview on the topic, however.

Also last year, NHTSA and the Ad Council teamed up with Vox Creative for another ad that essentially told consumers that they shouldn’t drive while impaired even if they’re being chased by a psychopathic axe murderer.

As NHTSA works to get out the word about impaired driving, President Joe Biden’s nominee to run the agency recently faced questions at a Senate committee confirmation hearing about developing a federal cannabis impairment standard.

Sen. John Hickenlooper (D-CO) pointed out that NHTSA hasn’t released an updated report on cannabis and driving since 2017, and he asked the nominee, Steven Cliff, if he’d commit to working with lawmakers to “develop a federal marijuana impaired driving standard so that we can have something as a national standard.”

“Absolutely. If I’m confirmed, I look forward to working with this committee on impaired driving and, in particular, the marijuana issue that you mentioned,” Cliff replied.

Experts and advocates have emphasized that evidence isn’t clear on the relationship between THC concentrations in blood and impairment.

A study published in 2019, for example, concluded that those who drive at the legal THC limit—which is typically between two to five nanograms of THC per milliliter of blood—were not statistically more likely to be involved in an accident compared to people who haven’t used marijuana.

Separately, the Congressional Research Service in 2019 determined that while “marijuana consumption can affect a person’s response times and motor performance… studies of the impact of marijuana consumption on a driver’s risk of being involved in a crash have produced conflicting results, with some studies finding little or no increased risk of a crash from marijuana usage.”

Another recent study found that smoking CBD-rich marijuana had “no significant impact” on driving ability, despite the fact that all study participants exceeded the per se limit for THC in their blood.

Here Are The Biggest Marijuana, Psychedelics And Drug Policy News Stories Of 2021