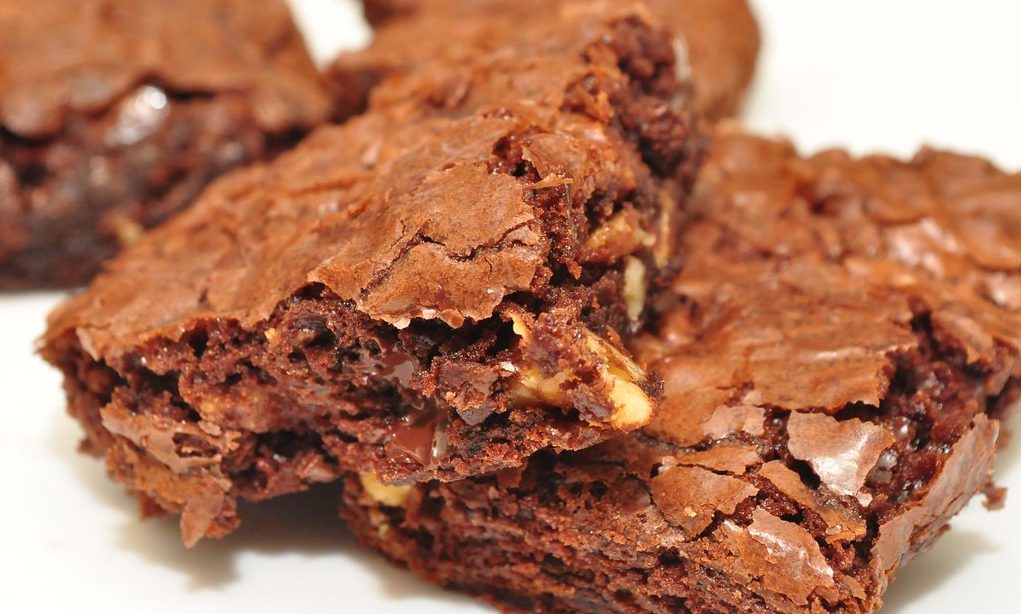 National Brownie Day was this week, and while you might’ve missed it, the U.S. Transportation Security Administration’s social media manager sure didn’t.

“We hear it’s National Brownie Day so we’re here to toke about something really sticky-icky-icky (ooh wee),” the federal agency posted to its verified Instagram account on Tuesday. “Hopefully this doesn’t post near 4:20, because we’re about to doobie down.”

Following that high-flying introduction is a public service announcement of sorts, warning travelers not to bring cannabis through airports.

“Marijuana whether dank or schwag, it isn’t dope in your carry-on or checked bag,” the post says, establishing a rhyme scheme and then immediately disregarding it: “This includes cannabis products and CBD oil, which remain illegal under federal law, except for products that contain no more than 0.3% THC on a dry weight basis or that are @FDA approved.”

While bad cannabis puns are standard fare in mainstream treatment of marijuana issues—especially among law enforcement accounts (what funny guys!)—this is also kind of TSA’s thing on the Insta, where the agency describes itself as “Travel Tips & Dad Joke Hits.” After a man on his honeymoon was allegedly found carrying a loaded handgun at Richmond International Airport in Virginia, for example, the agency posted a photo of a Smith & Wesson pistol and wrote, “Please remove your silencing earmuffs for this one; you need to hear this high-capacity information.” Good one, fellow kids.

Back to marijuana. “Let’s be blunt…,” the agency wrote in Tuesday’s post, “do you know what happens when we discover your stash? We don’t yell jack-pot but are required to reefer your product to our local law enforcement officers. The LEOs may choose to cite, fine, or simply confiscate the grass. We leaf it up to these professionals to hash it out, and in this case it isn’t a joint effort.”

This is actually an important point. While carrying cannabis products that contain more than 0.3 percent THC—the federal government’s arbitrary cutoff for what separates legal “hemp” from still-illegal marijuana—remains a violation of federal law, offenders these days are unlikely to be hauled off to a penitentiary, at least in legalized states. For the past few years, TSA has been clear that travelers found with marijuana are supposed to be handed off—”reefered,” in the agency’s words this week—to state authorities. It’s up to them how to respond.

As for CBD, TSA updated its rules last year to reflect Congress’s 2018 federal legalization of hemp, clarifying that hemp-derived CBD products may now be carried on planes in certain circumstances. As many have pointed out, however, CBD oil is virtually indistinguishable from concentrates that contain THC, which remains criminally illegal under federal law. That obstacle has had unintended consequences at the state level, such as in Texas, where hemp legalization disrupted state marijuana prosecutions.

In any event, TSA has repeatedly said in recent years that officers aren’t specifically looking for marijuana or other drugs at security checkpoints. Perhaps the best quote about screening priorities comes from the agency’s Instagram post on April 20 last year:

“Are we cool? We like to think we’re cool,” wrote the agency that for years declared fingernail clippers verboten. “TSA officers DO NOT search for marijuana or other illegal drugs. Our screening procedures are focused on security and detecting potential threats.”

When local law enforcement is called in per TSA policy, responses can range from simply confiscating the cannabis to arrest and prosecution, or even allowing the passenger to take the cannabis on the plane, depending on what he or she is carrying and the local officers’ discretion.

“Whether or not the passenger is allowed to travel with marijuana is up to law enforcement’s discretion,” an agency spokesperson said in 2018.

For travelers flying internationally, it’s worth noting that the U.S. State Department issued a bulletin last December warning that many countries still prohibit all forms of cannabis, even hemp-derived CBD.

If all this sounds a little hazy (sorry), that’s because it is: TSA says travelers can only fly with CBD, which officers can’t easily tell apart from THC. If a traveler is found with THC, TSA then refers that person to state authorities, who may or may not do anything about it.

“We cannot make any arrests if they don’t violate state law,” a spokeman for Sea-Tac Airport in Washington State told The Wall Street Journal last year for a story titled “The Baffling Legal Gray Zone of Marijuana at the Airport.”

Overwhelmed? TSA encourages you to chill. “We aren’t here to bring you down with too much information,” the new National Brownie Day post says. “We’re just infusing you with some Kush knowledge so you don’t end up making a chronically bad decision. Don’t let your next travel plans go up in smoke, reach out to our best buds at AskTSA on Facebook or Twitter. High five!”

Here might be the real kicker: With more than a third of all Americans now live in a state where marijuana is legal for adults, not a single employee at TSA is allowed to consume it.

Why? Because of all the federal baggage. Put that in your pipe and smoke it.