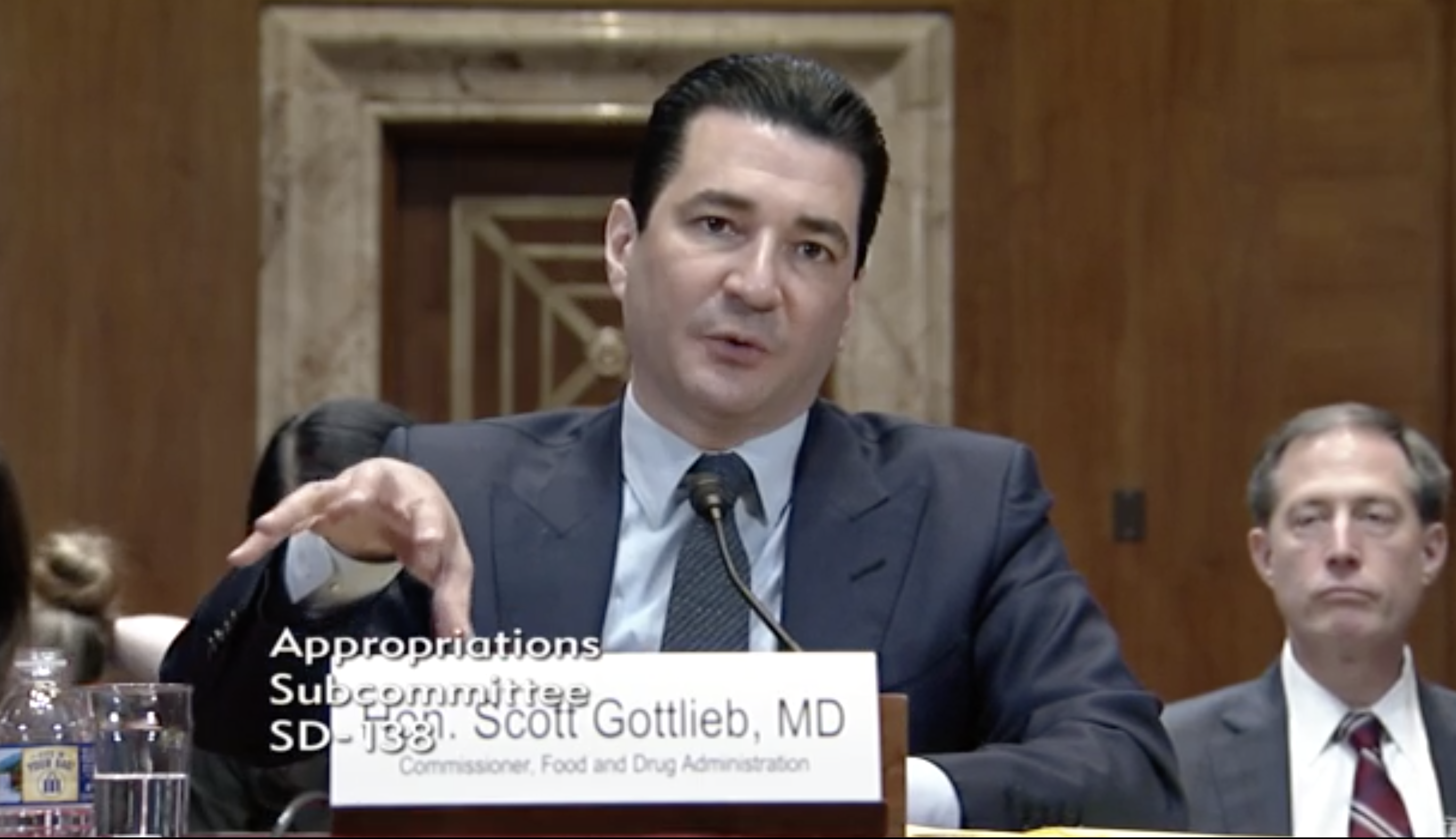 At his final hearing before a Senate appropriations subcommittee on Thursday, outgoing Food and Drug Administration (FDA) Commissioner Scott Gottlieb was again pressed on the agency’s plan to regulate hemp-derived CBD products.

Sen. Patrick Leahy (D-VT) voiced concerns about the “significant regulatory and enforcement uncertainty” surrounding marketing CBD, which has been raised at several hearings since industrial hemp and its derivatives were federally legalized under the 2018 Farm Bill. The senator asked Gottlieb how he thinks the FDA should use discretion in its enforcement efforts.

“We’re using enforcement discretion right now,” the commissioner said. “I will take enforcement action against CBD products that are on the market if manufacturers are making what I consider over-the-line claims.”

But what constitutes an “over-the-line” claim?

Gottlieb specified that people who are marketing CBD and “claiming that it can cure cancer or prevent Alzheimer’s disease” will be subject to enforcement action “because that can mislead a patient into forgoing otherwise effective therapy.”

“But there are products on the market right now that, given our enforcement priorities and our limited resources, we haven’t taken action against,” he said. “That’s not an invitation for people to continue marketing these products—we’re concerned about it—but we heard Congress loud and clear here.”

As Gottlieb has explained to lawmakers a number of times this year, part of the reason that regulating CBD products is especially complicated is that CBD currently exists as an approved drug in the form of the epilepsy medication Epidiolex, and is also “under substantial clinical investigation.”

“Even if it wasn’t an approved drug, because it was never previously in the food supply, we don’t have a clear route to allow this to be lawfully marketed short of promulgating new regulations,” he said.

That challenge will be taken up by an FDA working group comprised of “some of our most creative policymakers,” who will develop “potential legislative alternatives” to CBD regulation. In essence, Gottlieb has suggested that unless Congress passes a law that specifically targets CBD, it could take years for the FDA to enact CBD regulations.

“There is precedent for Congress legislating in the context of a single ingredient,” the commissioner told Sen. John Hoeven (R-ND) in a subsequent exchange. “You could, for example, contemplate a scheme here where Congress gave FDA authority to contemplate CBD as a food ingredient at certain concentrations and potency and purity and then have it exist separately as a drug product at a different concentration, different potency and purity.”

“Fish oil, for example, exists that way in the marketplace,” he said. “But fish oil, we didn’t need to come up with a legislative option to do that because it was previously in the food supply. CBD, obviously, it was not.”