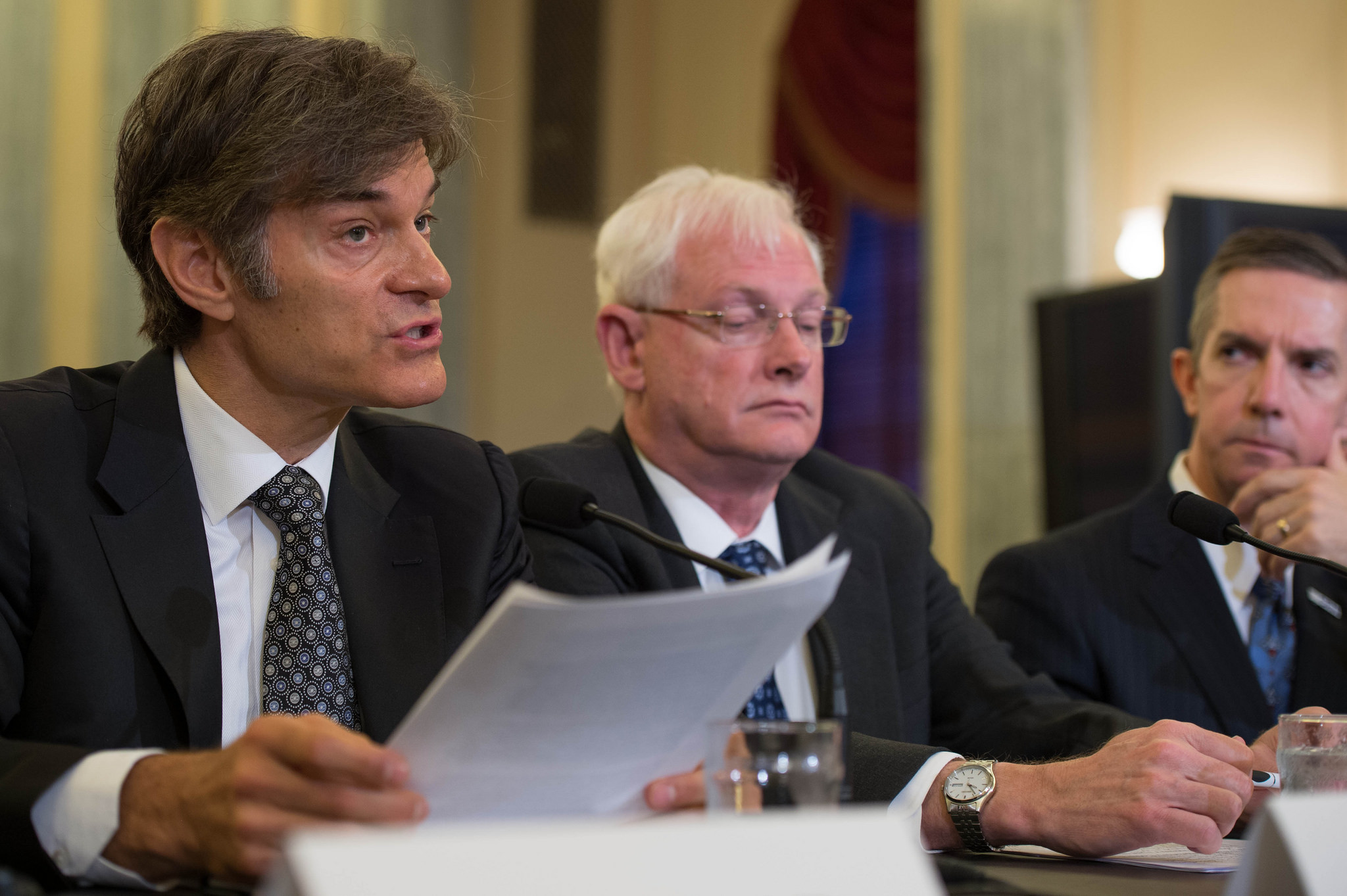 According to celebrity doctor Mehmet Oz—or Dr. Oz—representatives from the Drug Enforcement Administration (DEA) and Food and Drug Administration (FDA) have each told him they’re on board with legalizing marijuana. And the agencies blame each other for blocking efforts to end prohibition.

In a recent interview, Oz was asked about his professional opinion on cannabis. The host of the popular daytime program of his namesake called marijuana “one of the most underused tools in America” and went on to say that he’s had conversations with individuals from both DEA and FDA who generally share his views about the plant.

“We ought to completely change our policy on marijuana. It absolutely works,” he told interviewer Fatman Scoop, adding that another daytime TV host Montel Williams, who has multiple sclerosis, convinced him of the medical utility of cannabis. “Now I’ve seen this helping people with sleep issues, with pain issues for sure, and a lot of people who have serious medical problems getting relief—and here’s the thing, you can’t die from it. I’m unaware of any case when anyone has overdosed.”

“It’s a lot safer than alcohol. It’s safer than narcotics. It ought to be used more widely and we can’t even study it that easily because of the way it’s regulated,” he said. “You know what, I called the DEA—they said, ‘we don’t want this to be illegal. Your government ought to change that. But we got to enforce the law.’ I call the FDA that regulates the drugs, they say, ‘we think it ought to be used, but until the DEA says it’s allowed, we can’t let people prescribe it everywhere.”

While Oz didn’t disclose specifics about his conversations, such as who he spoke to or when the phone calls happened, it is the case that federal marijuana reform outside of Congress falls largely within the jurisdictions of both agencies. And DEA has denied multiple rescheduling requests, justifying the inaction by stating that FDA has determined that cannabis doesn’t have proven medical value and carries a risk of abuse.

Oz, who previously asserted that marijuana could represent a tool to combat the opioid epidemic and has made other public comments about the plant’s therapeutic potential, said “I’m hoping the federal government at some point—someone’s going to say, ‘come on, this is a farce, open it up for the entire country.’ That way, the right people can begin to prescribe it.”

Although Oz advocate for marijuana reform, he also clarified earlier this year that, despite rumors, he is not involved in a CBD company that falsely attributed an endorsement to him.

Could not agree more with @tomhanks. This is a fake and misleading advertisement intended to take advantage of consumers using false claims and our likenesses illegally. I am not involved with any cannabis companies. https://t.co/EBNvnh0jdM

“I have never smoked pot in my life, never gotten high, and I only bring that up because I’m not someone who’s saying this because I personally would use it,” he said in this latest interview. “I just as a doctor think it make sense.”

Don’t Drive High On Marijuana Even If You’re Being Chased By An Axe Murderer, Federal PSA Says